Absolutely gorgeous day of surfing all over the island yesterday.

I did everything: SUP, longboard, shortboard and SUP foiling. The choice of the discipline, as usual, was dictated by what the conditions called for. What made the day even more special (other than the variety) is that all spots I surfed belong to my top 10 favorite list and the shortboard session saw some of the best surfing I've ever done thanks to an absolutely magic board that I lately put my hands on. And I even passed on a nice but too slow shoulder high Honolua Bay!
Photos of that below. 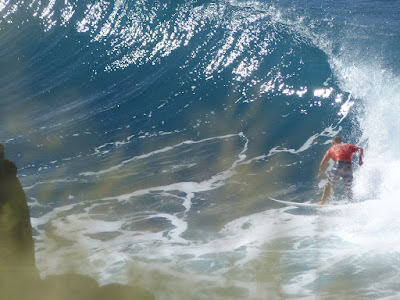 Nice hip weight shift to the front foot, this guy would make a good foiler. 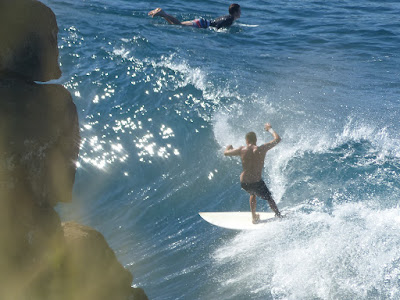 My friend and ex coworker Kazuma pulled off a sweet 360 at The point. 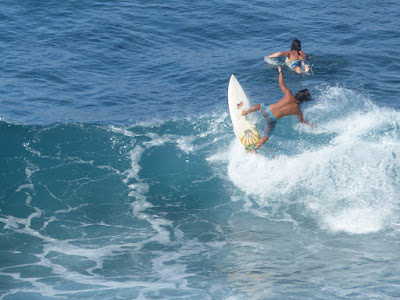 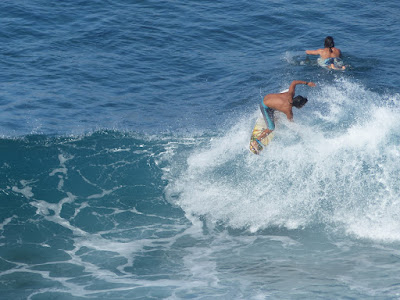 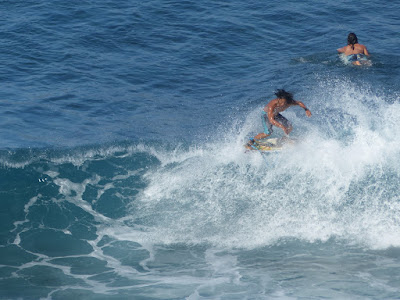 Jason Hall described being towed (by Dave Kalama) at full speed into a wave while foiling, like "the next level shit". Here he's calling for a drop on the second wave of the set. 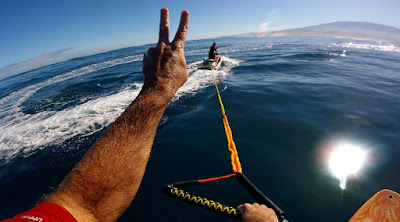 While in Oahu the Pipeline Invitational was held and now the heat draw for the Masters is complete, in Maui the harbor jetty has been assaulted by an army of ripping groms training for the upcoming HSA contest that will be held on Sunday. Here's the division order:
Boys 14-15
Open Longboard
Boys U10
Open Men
Boys U12
Girls U14
Boys 16-17
Open Women
Boys 12-13

And here's the heat draw. That'll be fun to watch, the level of those kids is incredible. Some 9 years old already surf better than I will ever do.

4am significant buoy readings
South shore
No indication of southerly energy at the buoys, but the Surfline forecast (2f 14s) was once again correct. Two of my sessions were in Lahaina and, even though I couldn't find the source on my database of fetches maps, there sure was some energy in the water with some occasional chest high sets. Today is calling for a declining 2f 12s, so expect knee to waist high.

3.4ft @ 10s from 342° (NNW)
First of all, cheers to the Pauwela buoy back on service! The NW001 buoy is already recording some long period energy from the next swell, and so is Waimea. For Maui, the Surfline forecast (which now I'm starting to really blindly trust) calls for only 0.6f 18s at 2pm and for 2.5f 16s at 8pm. So some forerunners sets should be noticeable in the late afternoon. In the meantime, 4.3f 12s is still a fun size, I might possibly surf Hookipa after at least a month of either too big or too bad conditions.

The wind will be calm in the morning, so it should be pretty clean, but a 2f high tide at 7.30am might make the 12s waves a bit soft. Stay tuned for a beach report.
Wind map at noon shows already the onshore flow that, according to this model, will start as early as 11am. I noticed that sometimes it can happen 1-2 hours before predicted, so don't wait to much to get your sessions in. 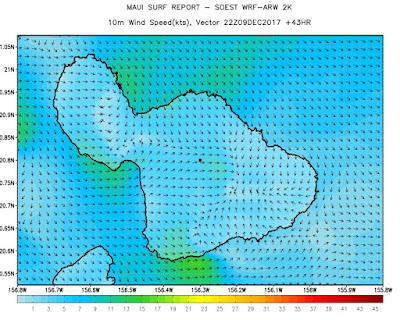 North Pacific shows a strong nearby fetch (which will add on top of the energy generated by the multiple fetches we've observed in the past few days and provide us with a big swell tomorrow 14f 14s from 340 at 2pm) and a strong remote one that is starting to stir the waters for our next big swell predicted by Surfline to peak at 17f 15s from 326 on Wednesday.

Such strong fetches deserve a look at the old school weather maps. Dense and parallel isobars, what a lovely thing.

Morning sky shows that the tail of a front is passing over us today and that will make the wind go onshore at one point in the morning. 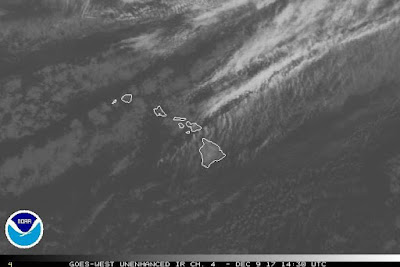