A prone foiling session for me yesterday.

Proper model for a proper photoshoot. 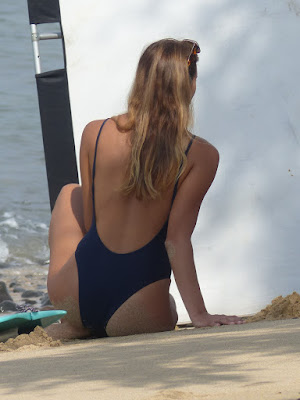 Guess he didn't check the tide. 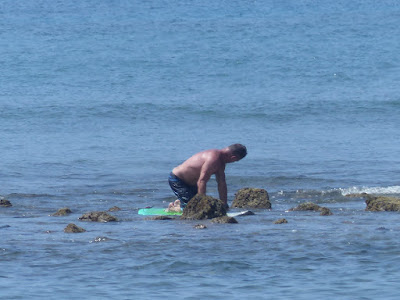 Sunny Garcia's trainee likes Maui, so it can happen to randomly see him around. 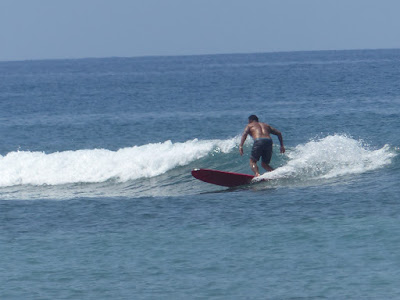 And after I read this chapter, I went looking for the Tao of foiling and found it in a couple of rides. 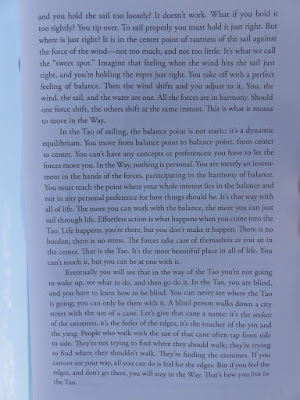 The very long lasting angular spreading south swell is still tenaciously at the outer buoys, now down to 11-12s. As reported, yesterday it was knee to waist high, might be knee to thigh today. I'll report as soon as I'll get there. New low long period swell should hit tomorrow.

2.5ft @ 7s from 71° (ENE)
1.7ft @ 11s from 332° (NNW)
New NNW pulse on the rise today. Below is the graph of the PACIOOS Waimea buoy, which I've never used before. I circled in red the rise of the swell between midnight and 4am. Assuming the buoy is not far from the old NOAA one, the epic post Buoys to Maui travel times and Maui's shadow lines  (which interested new blog readers should most definitely learn), tells us that it takes about 5-6h for 12s energy to get from Oahu to Maui. As a matter of fact, Pauwela is barely feeling it and considering that Hookipa was pretty much flat at sunset yesterday, I don't expect it too be much bigger at sunrise. There will be some waves later in morning. And that's how I just decided to drive again to the south side for my sunrise session. 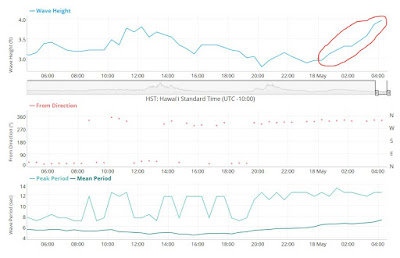 That is confirmed by the Surfline forecast, below in its new look. I put a red arrow to indicate the swell I'm talking about (purple line). I'll get used to this new look, but I miss the old one. 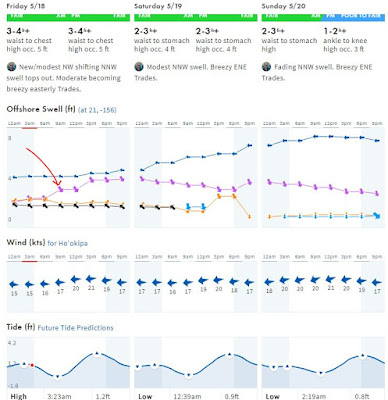 Wonna know where is this swell coming from? Let's ask Pat Caldwell: A long fetch of strong to near gale breezes set up 5/15 and have held into 5/16 over the 330-350 degree band.

Below is the collage of the fetches of May 15 and 16. I put a black arrow to point to the fetch. The more you look at fetches and at their resulting swells, the less you're gonna need to check the "official" forecasts, as you will immediately have an idea of what kind of swell you can expect from a fetch like that. 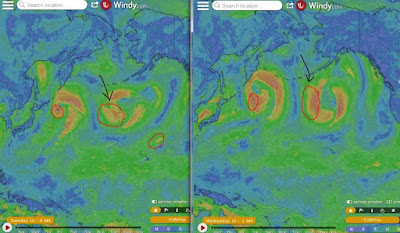 North Pacific has a small fetch in the NW corner.

South Pacific shows a pretty decent fetch in the Tasman Sea. Get used to those, as there will be plenty more to come. 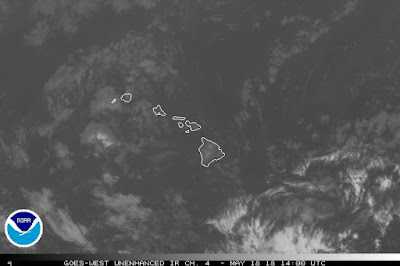