A prone foiling session in the horrible Hookipa conditions for me yesterday. I tried the front footstrap and I liked it, but I need to test it on cleaner waves to really talk about it.

In this days of poor conditions and no photos of the day, Facebook is providing me with plenty interesting memories from a few years ago. This is what I posted on May 6 2013. Just to show that not all May 6's are the same...

1) I got Josh Stone and Robby Swift paddling out right in front of me and Josh is yelling:"go Giampaolo!". You can see the determination on my face. 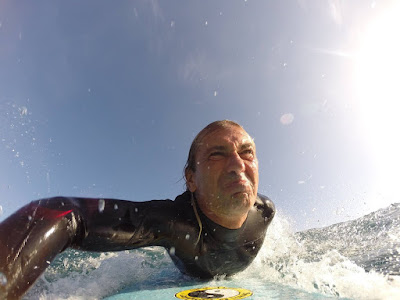 2) no need to caption this 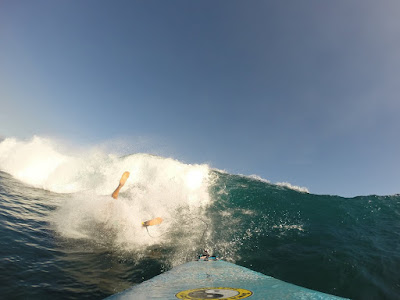 3) me:"you guys ok?"
Josh (while still laughing):"Giampaolo, that was awesome!" 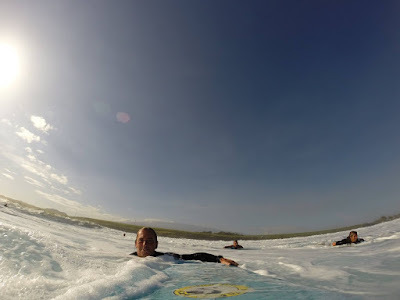 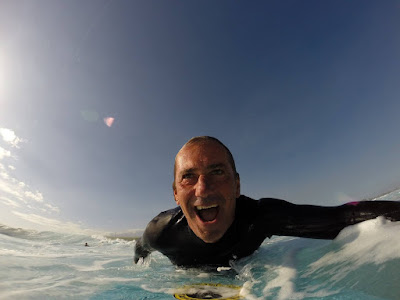 5) redemption wave... mostly to show that it was kinda nice also this morning. 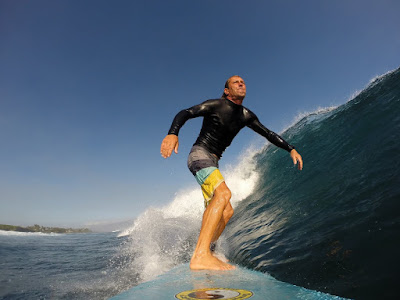 Decent readings at the three outer buoys, I'll give it a go this morning and report later. Yesterday I got customers' reports of very small waves: "knee high and not worth paddling out", but I don't particularly trust them.

2.6ft @ 6s from 72° (ENE)
0.8ft @ 12s from 39° (NE)
Short period northerly energy on the rise at the N and Hanalei buoys. Those periods travel slowly and that's why in the collage below (Hanalei, Pauwela and the Surfline offshore swells forecast), the rise in Maui is only predicted in the afternoon (blue line turning green).

North Pacific has a pretty deep low in the NW corner and a weaker but closer one north of us. They both have fetches oriented towards us, but they both are moving away towards the NE. 8f 12-14s from 355 mid Tuesday and 5f 14s from 326 late Thursday, predicted by Surfline. 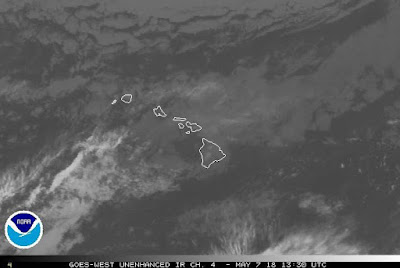