A longboard session for me yesterday. The waves at Hookipa went up to 6f 8s from the NNE, so I wasn't too surprised when I saw this photo by Jimmie Hepp in this gallery. 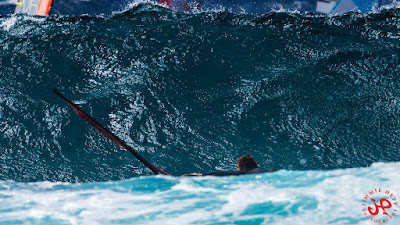 South swell definitely went up a notch compared to yesterday, so today I'm expecting bigger sizes that the usual knee to waist. I will post a beach report, no idea what time, haven't finalized my plan yet. Let me just use Pat Caldwell's words to remind you that: Severe gale to hurricane-force systems have mostly focused ocean surface winds from west to east, thus minimal aim at Hawaii, leaving only angular spreading to deliver surf locally. This should keep these events over the coming week at common, near average levels dominant from near 190 degrees and spread within 180-220 degrees.

I'm having a hard time keeping up with all the little NW swells hitting the north shore (also because I have no interest in them, since it's windy and there's cleaner waves on the other side), so no discussion, just the buoy readings. That's all you need really.

Talking about which, here's the link to a PACIOOS Waimea buoy. It's obviously not the usual NOAA one, as that one still has no data. I'm gonna email Surfline and see if they can add it to their wonderful buoys page (link n.11).

Wind model didn't update again and this wind map at noon is more than one day old.

North Pacific still not dead with a couple of small NW fetches and a tiny NNE one.

South Pacific sees some serious storms coming up, let's hope they aim seas at us. Today we have a long fetch south of the Tasman Sea. That should keep things rolling (literally) next week. 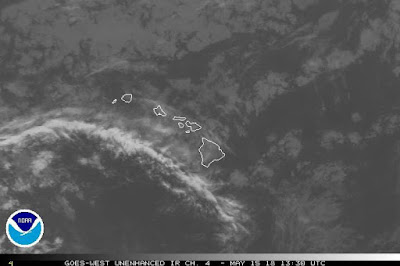