Thanks a lot to blog reader Jeremy for the spontaneous donation at the gas station.

A shortboard and a prone foiling session for me yesterday. The jetty was doing its thing despite the light onshore wind. That wave is incredible. 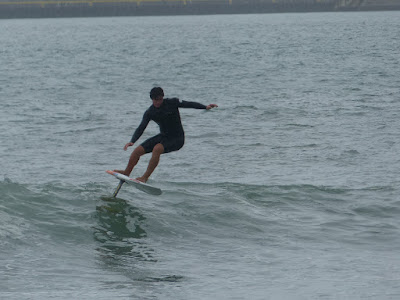 Bernd Roediger chose to ride a fish instead. 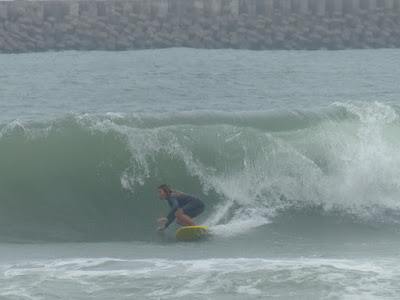 And this guy on the bodyboard kept getting barreled. 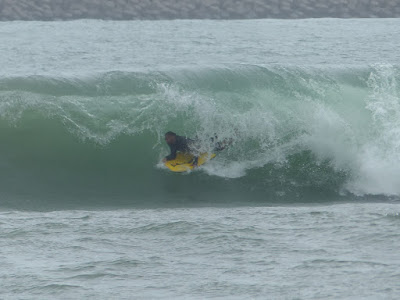 5am significant buoy readings
South shore
No indication of southerly energy at the buoys, the Surfline forecast calls for the rise of a new low long period swell with 0.9f 15s. I checked the maps from a week ago and didn't see anything particularly exciting. Pat Caldwell didn't write anything in his table either, it's probably going to be just enough not to call it flat.

3.9ft @ 7s from 67° (ENE)
3.4ft @ 8s from 30° (NNE)
2.7ft @ 9s from 2° (N)
The collage below (Pauwela's graph and SL forecast) shows that the swell has peaked yesterday and it will decrease all day today (red line on the right). I was very impressed by the size it got yesterday, as I keep forgetting how important of a factor the vicinity of the fetch is. I saw same impressive photos from the west side, but unfortunately not Honolua. I'm off today, I might go check it out, as 4.7f 12s from N is still a very fun size over there. We'll see, sometimes I know exactly where to go, some other times the plan unfolds with the flow. 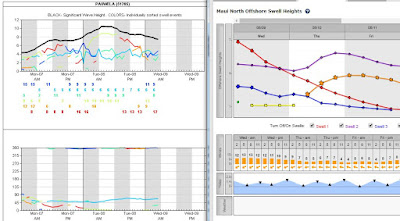 One thing for sure: I won't surf Hookipa. Still pretty stormy in this random pic from the webcam. But I'm a bit of a surf snob, so that doesn't mean it's not surfable. 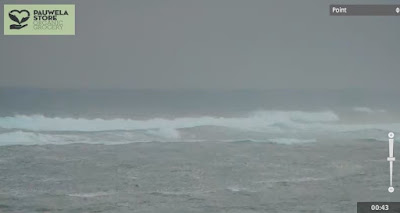 North Pacific only has a small fetch in the NW corner and a small/weak windswell one.

Only one small fetch also in the South Pacific. 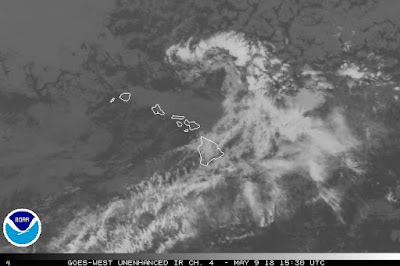