A shortboard and a prone foiling session for me yesterday. In between, I took some photos of the fellow foilers. Hi-Tech manager Steve Roan gets the first shot for obvious reasons... 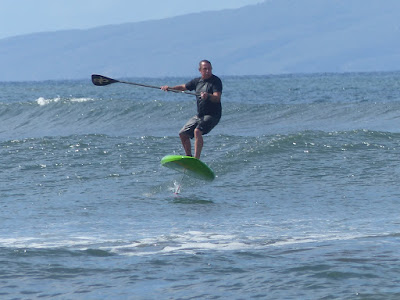 Here's Jason Hall freely opening up his arms and shoulders, as he likes. 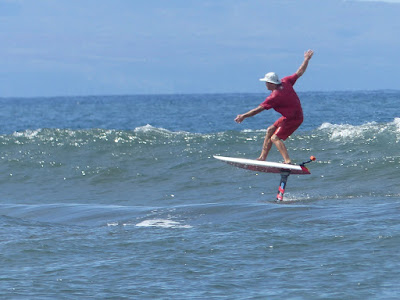 See that gopro on the tail? Here's a shot from his instagram page. 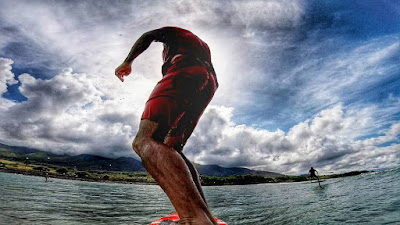 Couple more from the beach. 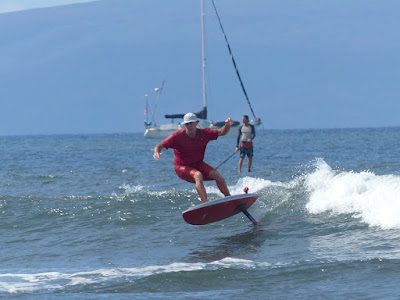 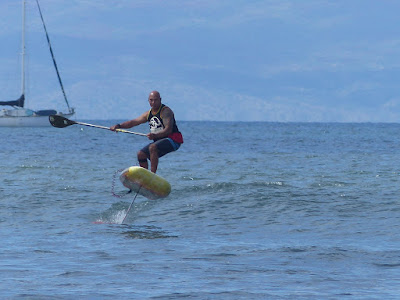 South swell coming slowly down in period, but keeping the open ocean size up to almost three feet. Yesterday the bigger sets in Lahaina were about shoulder high, still long waits, but a little less than the day before. An increase in consistency is usually the trend when the period comes down a bit, but for an angular spreading swell like this, there is no guarantee about that either. There's going to be clean waves, that's pretty sure though. I'll beach report when I get there.

Short period energy from the NNE is what's on tap on the north shore. According to the Surfline forecast it seems that it should stay pretty steady all day, but someone at work pushed the "try the new Surfline" button and the new graphs are much harder to read than the old ones. I immediately emailed the question "how do go back to the old one?".

Wind model didn't update again and this time the noon wind map below is more than 2 days old. This trend is pretty worrying...

The morning should be calm everywhere as the 7am map shows.

North Pacific shows a couple of small NNW and NW fetches. Can't complain for this time of the year.

South Pacific and specifically the Tasman Sea is about to get stirred by some strong storms. This one has a couple of fetches oriented towards us. And that means another low long period SSW swell in a week. 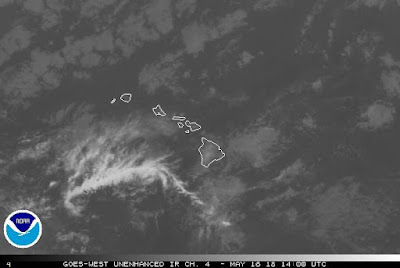