A prone foiling and a longboard session for me yesterday. Honolua was beautiful as usual. 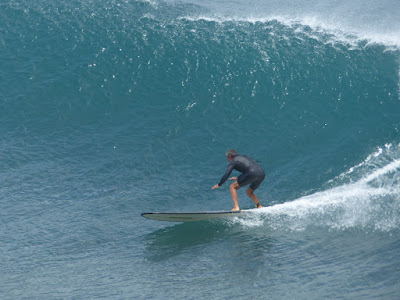 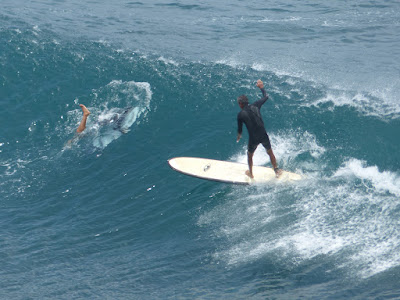 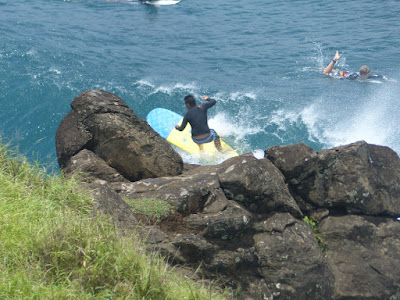 At Hookipa the windsurfers enjoyed some pretty good conditions too. Photo by Jimmie Hepp from this gallery. 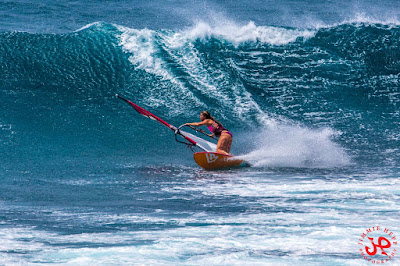 Lovely reading at the SE buoy, the surfline forecast calls for 1.5f 14s. Yesterday was pretty small on the Lahaina side, but not flat. Possibly knee to waist also today.

3.8ft @ 9s from 2° (N)
1.7ft @ 15s from 332° (NNW)
We lost the Hanalei buoy too (it's been a tough year for the buoys). Pat Caldwell informs us that the NW101 buoy is adrift 250 nm NNE of Oahu (there goes GP's rule of thumb for calculating the travelling time, which is now not applicable anymore). He also mentions a Waimea buoy reading, but that doesn't seem to be back online on the NOAA page.

The closely generated big swell of the last two days is down to 3.8f 9s, but there's a new long period one on the rise. Here's uncle Pat's description of the fetch (I strongly recommend to always read his whole discussion if you want to learn about waves).
"The source was a storm-force low pressure system just west of the Date Line near the Aleutians 5/6. The low center slowly tracked into the Bering Sea 5/7 as the fetch aimed at Oahu became shorter and the highest seas were aimed at the Americas. Seas grew to 25 feet. The system moved out of the Hawaii swell window by 5/8."

Below is the collage of the maps of May May 6,7 and 8 that show that fetch up in the NW corner (pointed by a black arrow).

Early observation of the Hookipa webcam shows at least head high and possibly decent shape, but I wouldn't get too excited about it just yet. Maybe wait for a proper beach report that I should be able to post before 6.30am.

North Pacific shows a long and wide but not particularly intense NW fetch. Given its size, if that fetch would have had winds 10 knots stronger, it would have been a seriously big swell. Instead Surfline only predicts 4f 12s on Sat (lasting till Wednesday, though).

South Pacific has a similarly wide, but even weaker fetch. 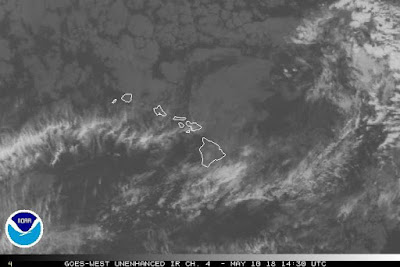