Well the swell did arrive, as the buoy graphs below show.
I circled the rise on all of them and I put an arrow to show that it's staying pretty steady at the NW buoy, so we should expect it to do the same here.

I've been working all day, so I'm not sure how the day went. I didn't see many Jaws pics, but my facebook session only lasted like 2 minutes before my eyelids became lead.
All I know is that:
- I was the first one in the water at the spot of my choice and for an hour it was absolute paradise. The cleanest waves I've ever seen in that spot. I do have to thank this extra job I took, because without it I would have not been there so early and by the time I got out of the water there were already 20 people and many more were coming
- I drove by Hookipa at sunset and it looked horrible (different periods, shapeless).

Below is the wind map that shows a nice goodnight fetch.

The closeup shows the dominant westerly wind direction. When it's like that, it can happen that the wind hugs the West Maui's from the south or from the north. Few degrees of difference will make a huge difference on the quality of the waves on the north shore. 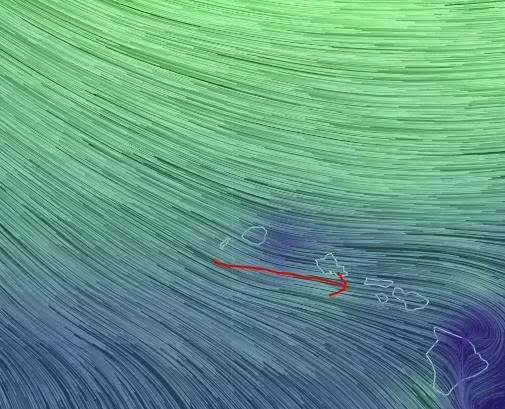 And that's exactly what's gonna happen today.
This is the MC2km map at 8am. The wind will pass from the south of the West Maui's and waves on the north shore will be relatively clean (not at Hookipa... what I saw yesterday was pretty bad). 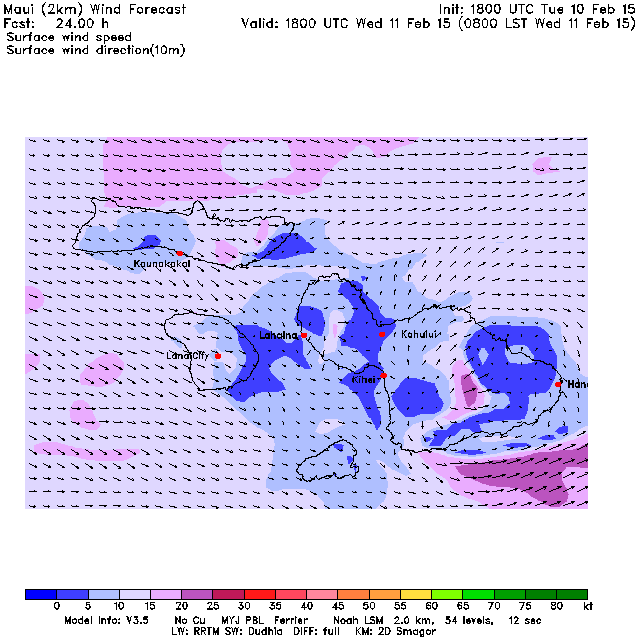 And this is the map of 1pm instead. The wind will come from the northerly part of the West Maui's and it will ruin the waves on the north shore. 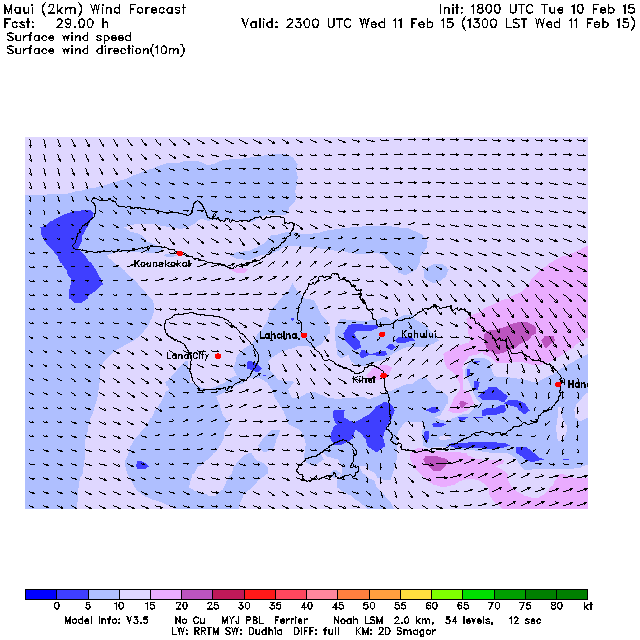 Well, now you know when it's best to surf today. Where? That's up to you and your personal preferences and skills.


PS. All the sources for this post are permanently linked in the links section on the right of this blog.
Posted by cammar at Wednesday, February 11, 2015

Your European style date as the title threw me off :) Alex