No pics from yesterday, it was relatively bad all day. When it's poor conditions, I usually go for what I call a "power hour" of surfing. I time my session and see how many waves I can catch in one hour.
I usually do it at Paia Bay, but yesterday that's what Hookipa looked like, so I did it there.
It was so bad I only lasted half an hour, but I did catch 5...

That's the wind map of the same thing and I circled all the fetches that will send wave towards us. 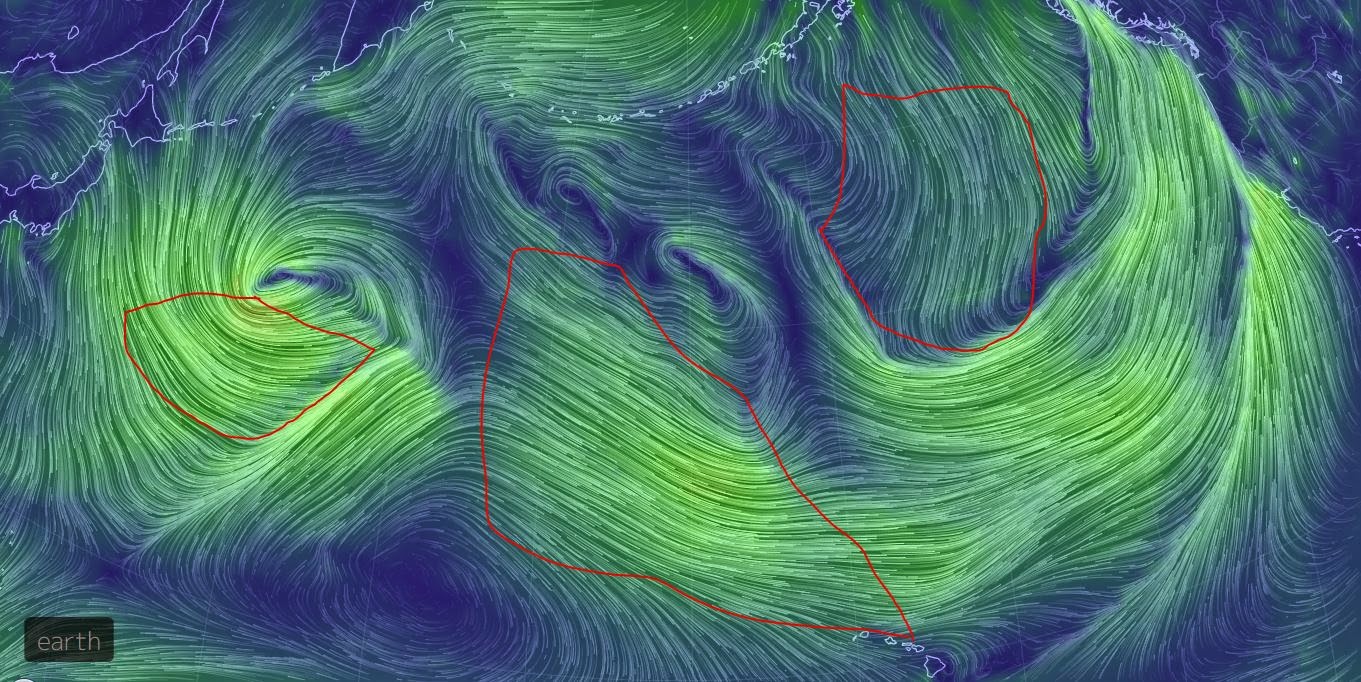 Buoys show some big numbers today. Check the direction also, that's hard to explain, so is the apparently short difference between the travelling times. My explanation for that is that the NW buoys is being hit by a section of the swell that is different from what's hitting the other two.
The closer the source, the more that can happen. And the source for this swell was very close (to the point that the NW buoy was immersed in the fetch... and still is!).
Anyway, who cares about that, what counts is 10f 12s from 338... good luck with that! Most likely no Hookipa for me.

Local wind direction should be westerly, but this map doesn't show how it hugs the West Maui's.
All I can say is that at 6.40 am, the Kahului sensors show light offshore... damn I should be in the water already! 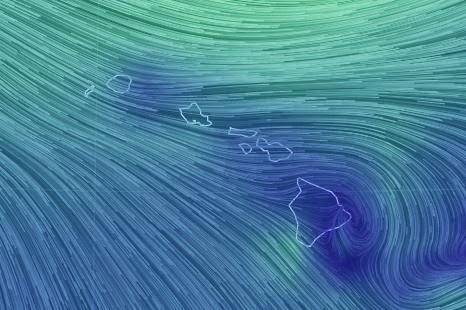 Later on the Kona sailing at Lanes should happen. This is the 1pm map. 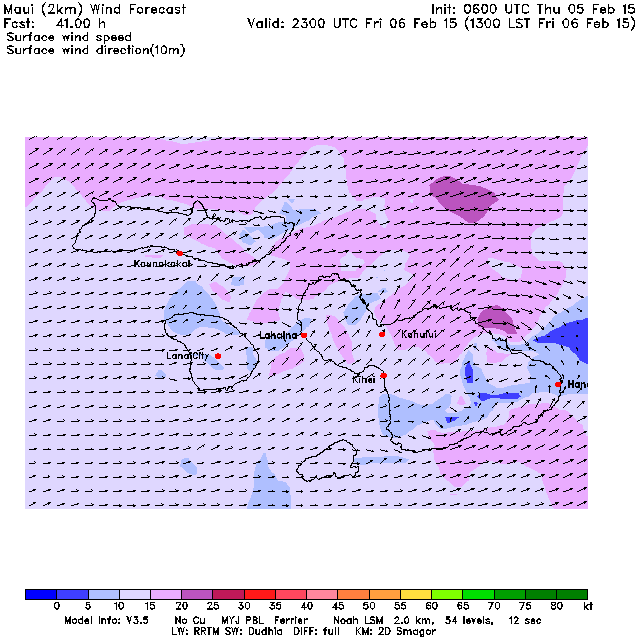 But don't be too late, because the 3pm map instead shows a sudden change of wind direction and (if it's true) it will go from heaven to hell very quickly. 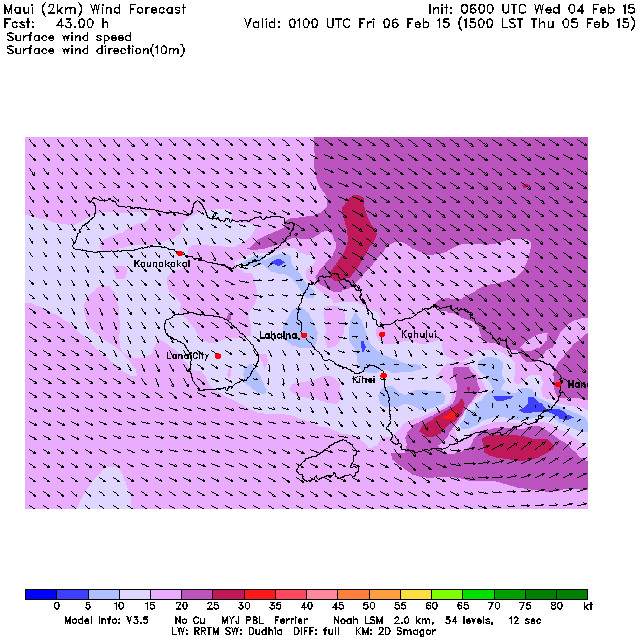 Such a sudden change in wind direction is usually associated with the passage of a front, and I drew a line on what I think is the front that will cause that. Not too much rain with it. 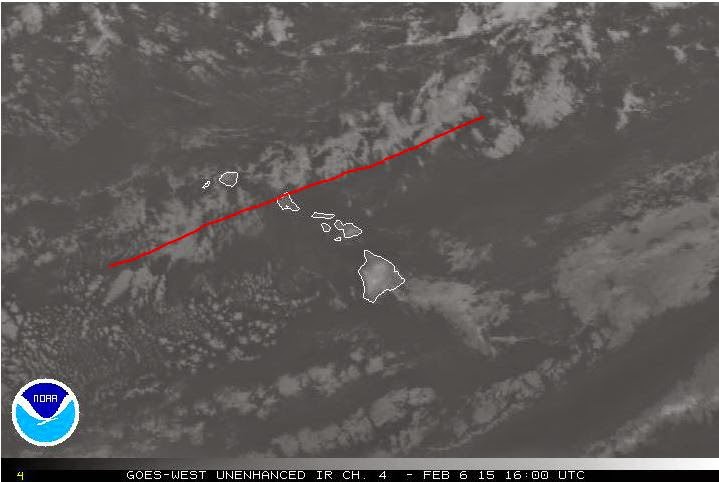 I still want to point out how the south pacific is unseasonably stirring waters and producing waves. That is a serious fetch. 7 days travel time... write it down. 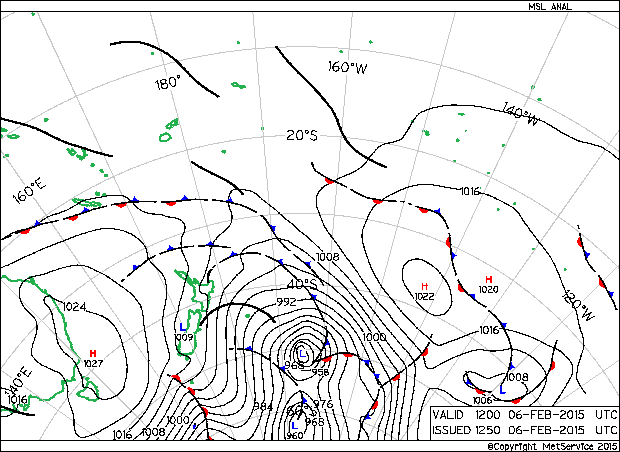 
PS. All the sources for this post are permanently linked in the links section on the right of this blog.
Posted by cammar at Friday, February 06, 2015