Sorry for the late post, knowing the forecast, I chose to sleep in...

Quick Jimmie Hepp photo from yesterday to start with. Lots of sailors at Hookipa, they've been starving for months. 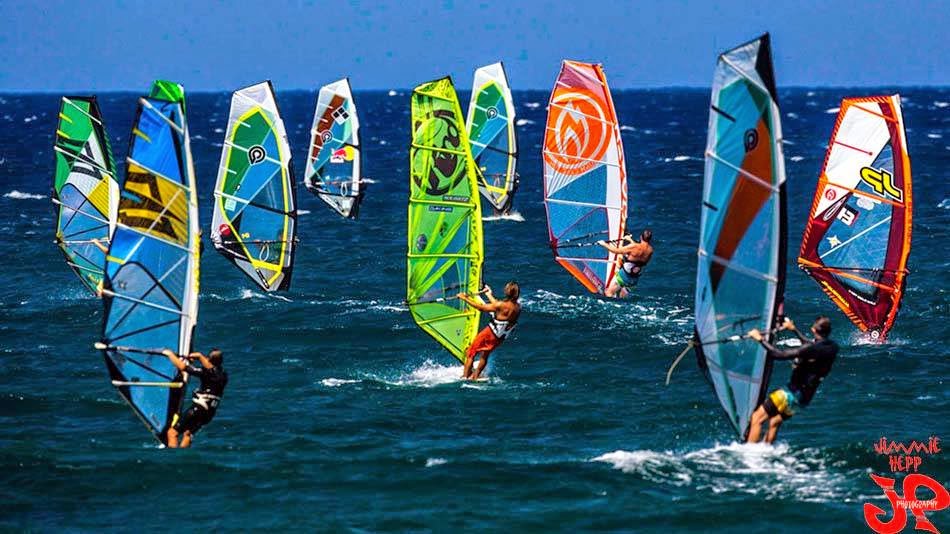 As the buoys show, there was not much on offer this morning. Below is NW and Waimea, and the first one is reading 5f of the new WNW swell (remember that nice fetch we saw the past few days?).
Only 2.5f at Waimea and I circled the areas that would seem correspondent in the two graphs and I also continued the Waimea graph into the future. That's how it would be IF... the swell was hitting Waimea directly! But it's most definitely not (the direction at the NW is 280!).
So I have no idea of how big it is going to be. The ww3 model (and similar) do and they say 4f 12s but only tomorrow. Same for Maui.

Below is Pauwela and Lanai, both reading about 1.5f 15s. Notice the extremely different directions (319 vs 266). And yet, that is the same swell. One part of it is wrapping around the island chain from the north, the other one from the south. Pretty amazing, really.

Wind maps are starting to show signs of the winter slowing down. That is the toughest part of the year for me. March is knocking on the door and I absolutely hate that. Only two insignificant fetches aiming at Hawaii today, that means that we're gonna have some really small days ahead. Particularly the weekend.

Fortunately when one ocean goes to sleep, the other wants to wake up.
Below is the south pacific maps of Feb. 14, 15 and 16. I circled a little fetch that wasn't that strong at all, but nonetheless is causing Surfline to predict 1.8f 14s from the south today, tomorrow and thursday. Seems like a really weak forecast, but it won't be flat. Maui's south spots need much more than that to go off.
The threshold is right there at 2f 15s. Anything under that, Waikiki can still be waist to chest high and Maui gets ankle to knee. One main reason for that: Kahoolawe.

I'm also posting today's map from downunder to show that fetch that I talked about a couple of days ago. I have very low expectations on that one, since it's really sending its energy to central America rather than us. The angular spreading will allow inconsistent long period lines to arrive around Monday/Tuesday and those should be above that threshold I just mentioned. 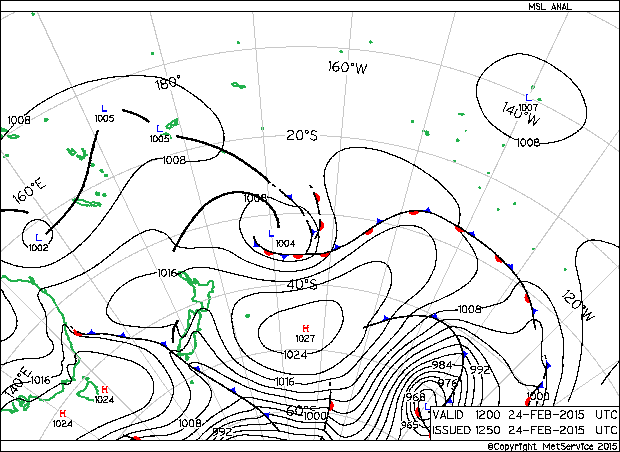 Ah, if I had the luxury of the webcams when I do my call at the normal time!
Hookipa to the left and Lahaina to the right show small waves, but not flat.

To summarize today's prediction: trade winds will be blowing and the WNW swell will be slowly peaking up all day, but the biggest day should be tomorrow.