Yet another fantastic day of surfing yesterday. Other than the north shore, there were good waves pretty much everywhere.

During the search of my first spot I lucked out in a totally unexpected and pretty much never seen before wave, which I surfed for a couple of hours together with another guy. No idea if it has a name, I called it 75. Short for 75cm of offshore perfection. Perfect nose riding little right, the biggest sets (chest high) looked like somewhere in Indo.
Kona storm windswell with northerly wind? I know where to go next time it happens.

After that I went west to check the Bay and the Cove was totally firing at a solid DOH size.
Took a bunch of pics and then decided to paddle out.
The lineup was incredibly lined up (the surfers were sitting right along the line of the white water left by the big sets) and pretty crowded (30 guys). My only chance to catch a wave was to sit very deep and hope to get a narrow swinger.
So I did and on the paddle back out Michael Ho was on a beauty of a wave with the biggest smile on his face. Somehow that made me realize that I wasn't really supposed to be there in between so many good barrel rider and that every wave that I would have caught would have been a bit of a waste compared to how those guys would have rode it, and I went back in. I also wanted to go windsurfing.
Which I did.
﻿﻿ 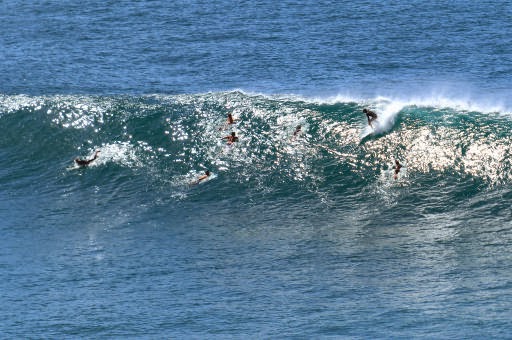 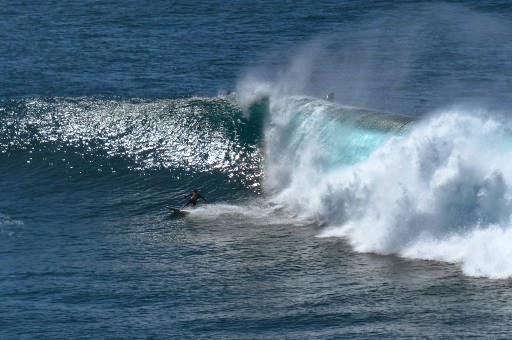 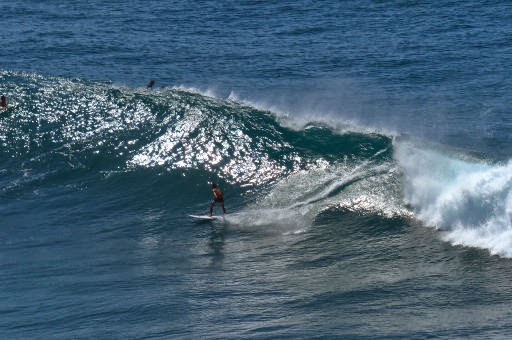 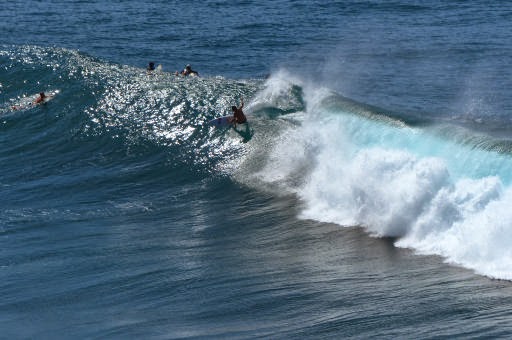 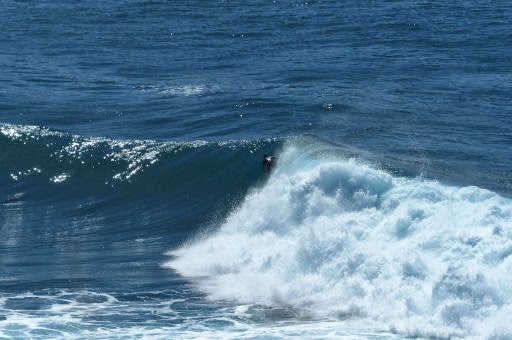 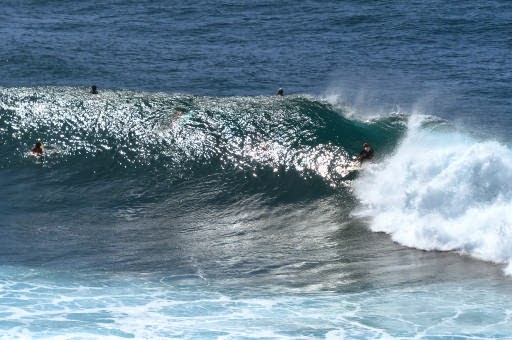 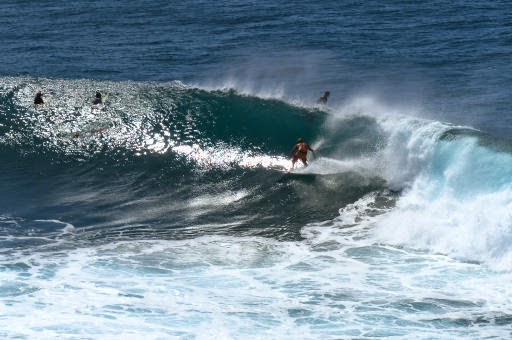 The next couple of photos are interesting. The deepest guy looks so hopelessly deep that I wouldn't call a drop in on the other ones. The second drop in is questionable. 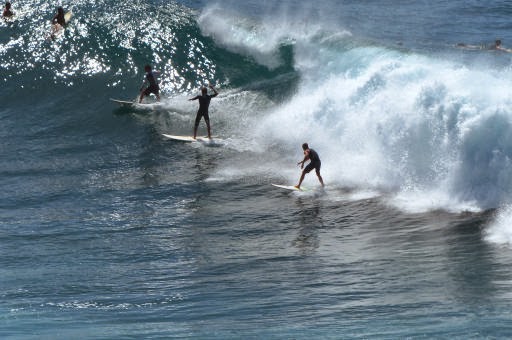 Who knows. Would the deeper guy have been able to make it and got burned or was he too deep anyway?
This is a difficult call everytime. I always give them the benefit of the doubt when it's not sure, but in  a crowded day at the bay, you're gonna get dropped in if you take off deep.
You're gonna get dropped in no matter where you take off, actually.
Ah, I wish there was the contest priority system also in the free surf... 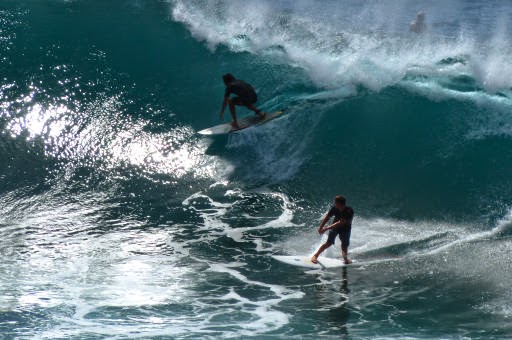 Two surfboards, a windsurf board and a small SUP. Today I used three boards out of four, but could have used a longboard at the first spot. Do I need a bigger car? Nah.
I do need to replace the wetsuit cardboard box though. It was working beautifully (the wet ones go in another plastic compartment) until I made the mistake of laying a wet sail on it...
It's all wetsuits in there. I have at least 8 different warmth ones.


The buoys still show some healthy numbers, but the peak was yesterday pretty much where I predicted it to be in yesterday's post. Not too much to brag about here, this is really easy once the swell hits the NW buoy.
What I can't get my head around is that I surfed the bay at 12f 15s. I guess that doesn't mean much, how big it really is depends on the direction. But I'm giving myself a pat on the shoulder for that.
Lanai buoy reads 3.5ft @ 13s from 271° (W), there should be some action on the west facing shores too.

I surfed the bay DOH, but I'm still not ready for this wave, which I consider one of the heaviest in Maui. Who knows, maybe one day. Photo John Patao. 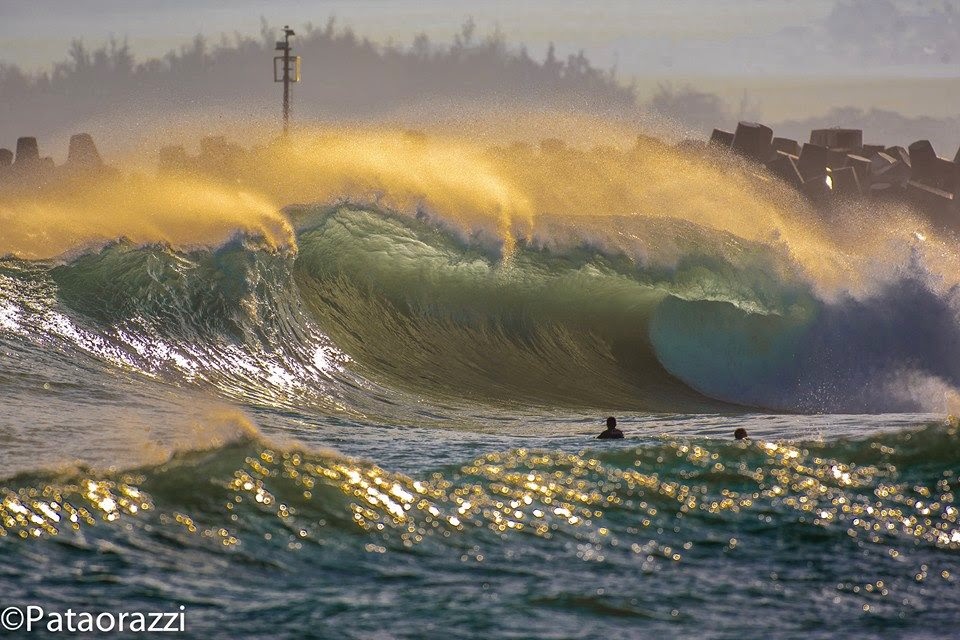 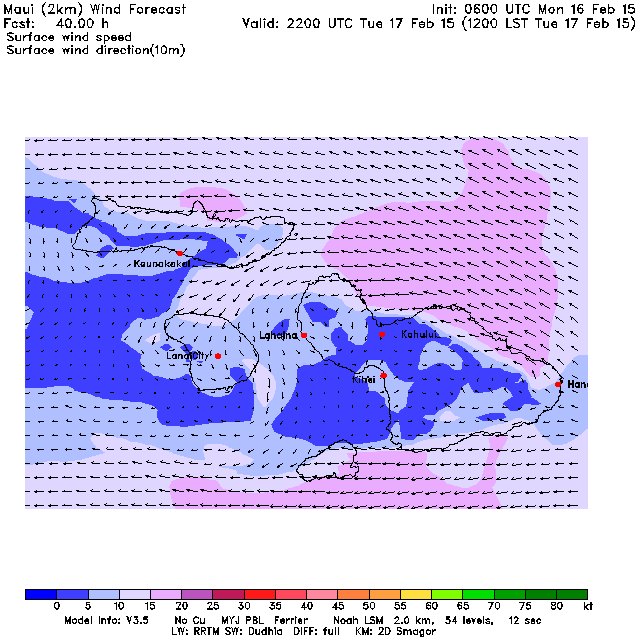 I would not get too excited about that, also because Windguru doesn't seem to particularly agree. 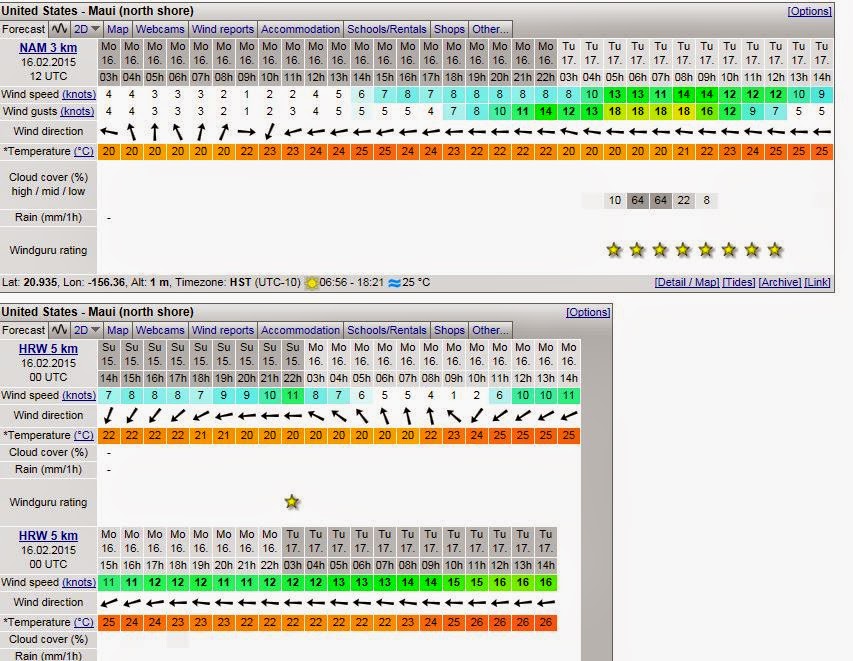 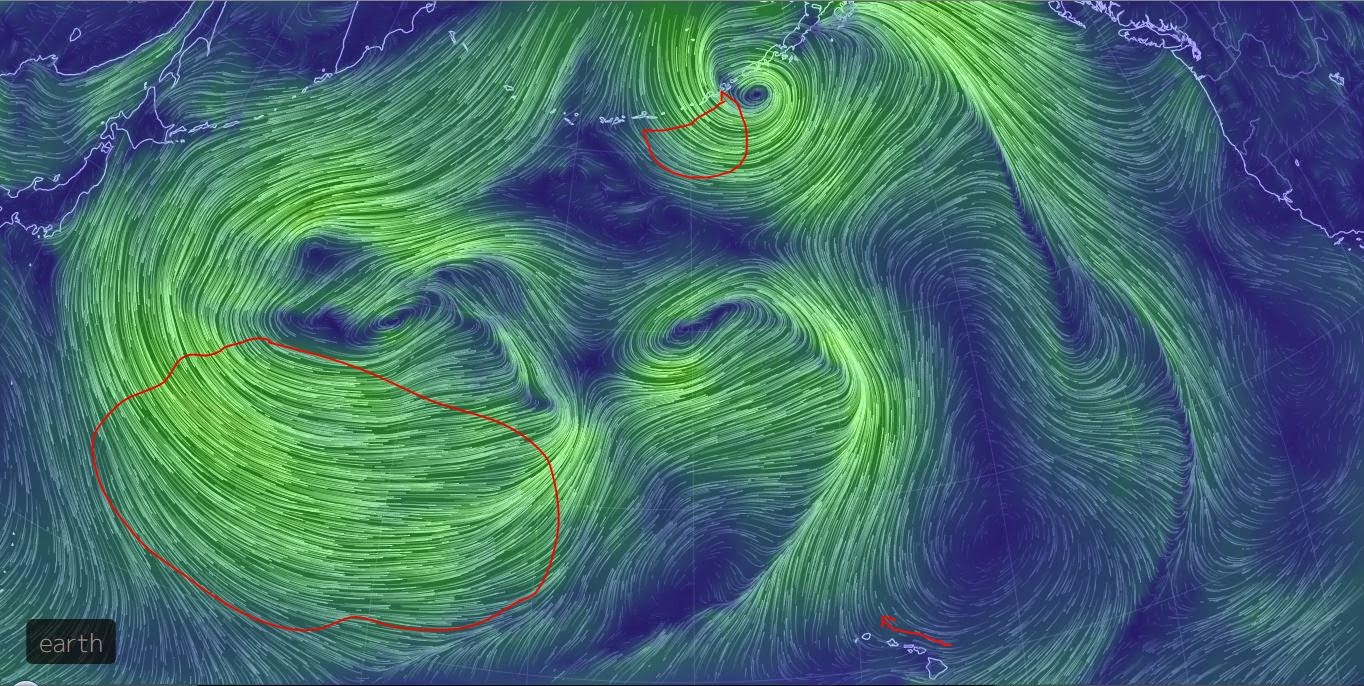 Oh, they told me the donate button doesn't appear on mobile devices. Make your donations from home, if you feel like!
Have fun in the sun everyone!


PS. All the sources for this post are permanently linked in the links section on the right of this blog.
Posted by cammar at Monday, February 16, 2015