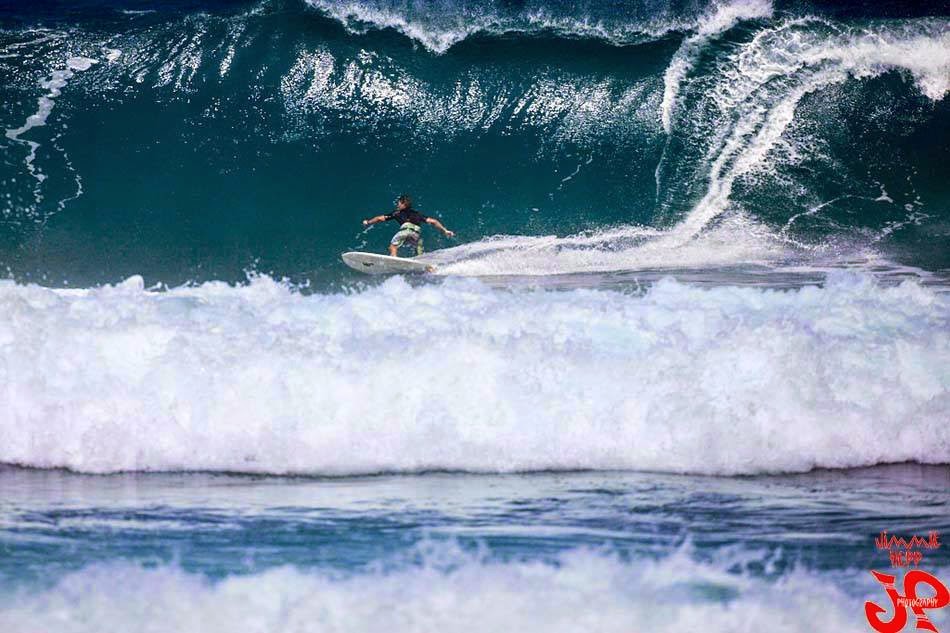 After a pretty poor SUP session at Kanaha earlier, I paddled out at Lanes.
The thing I liked the most was how freaking blue, sunny, calm and beautiful it was to be sitting out there pretty much by myself. This one came out with the focus on the wave in front, which I like because it gives you an idea of the wonderfulness of the colors and texture of the water.
I don't know, maybe I'm weird, but the actual riding of the wave is not necessarily the main thing for me.
Photos by Jimmie Hepp. 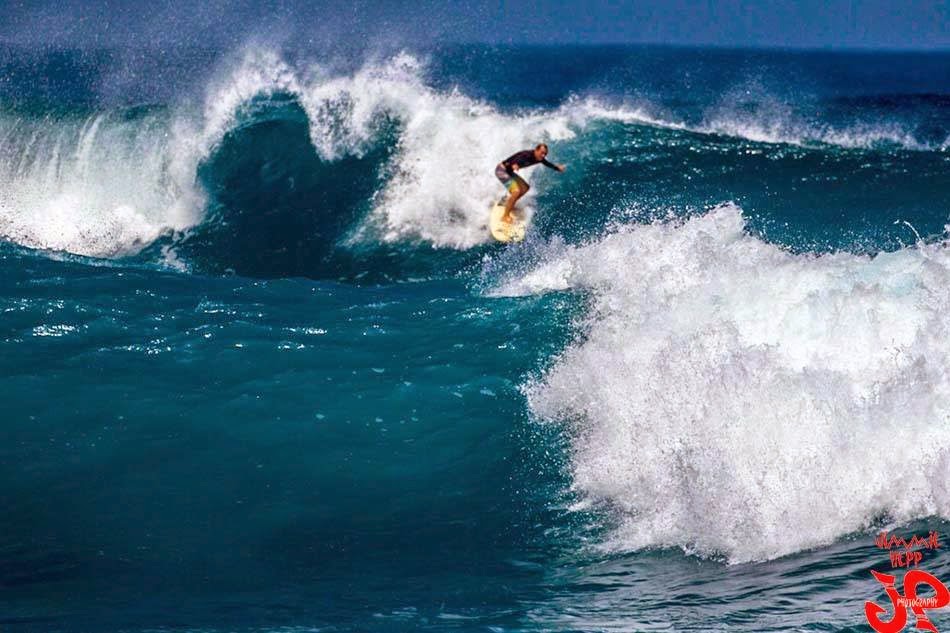 Today I'm not gonna do the buoy graphs composition. I got the feeling no one clicks on it to read the numbers and guess what... the numbers count!
So here's your numbers.

PLEASE, leave a comment and let me know if you like this way better or the graphs. You can always click on the link n.11 to check the graphs by yourself or if you get on this blog later in the day and want to have the updated numbers.
So everything went down to 4f 12s and seen the favorable wind conditions discussed below, I'm calling high crowd advisory at Hookipa. There's not that many people on the island, the line at the traffic light in Paia has been as short as it gets in the last week, but I'm sure that on the first friendly size after... can't even remember how long, two weeks at least, there will be choke people out.

The MC2km map at 8am shows ESE wind, great for surfing on the north shore. 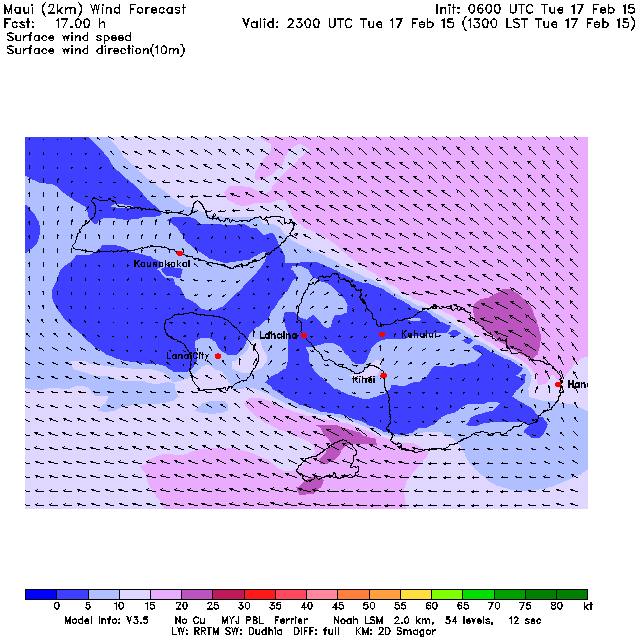 The situation remains the same at 1pm, and that's as close as that wind line will get today. So another day of patience for the windsurfers. There will be action for you guys next week. 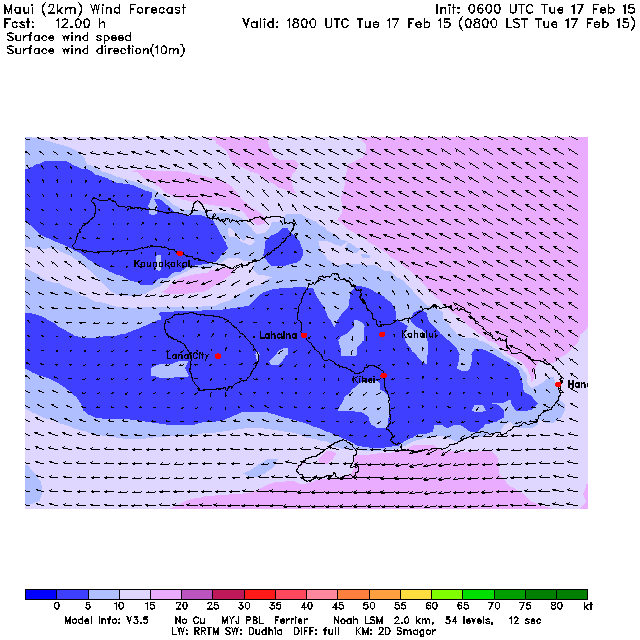 Wind map looking good with a lovely westerly fetch that will make us sleep serene. Ahhh... I sleep so good in winter time! 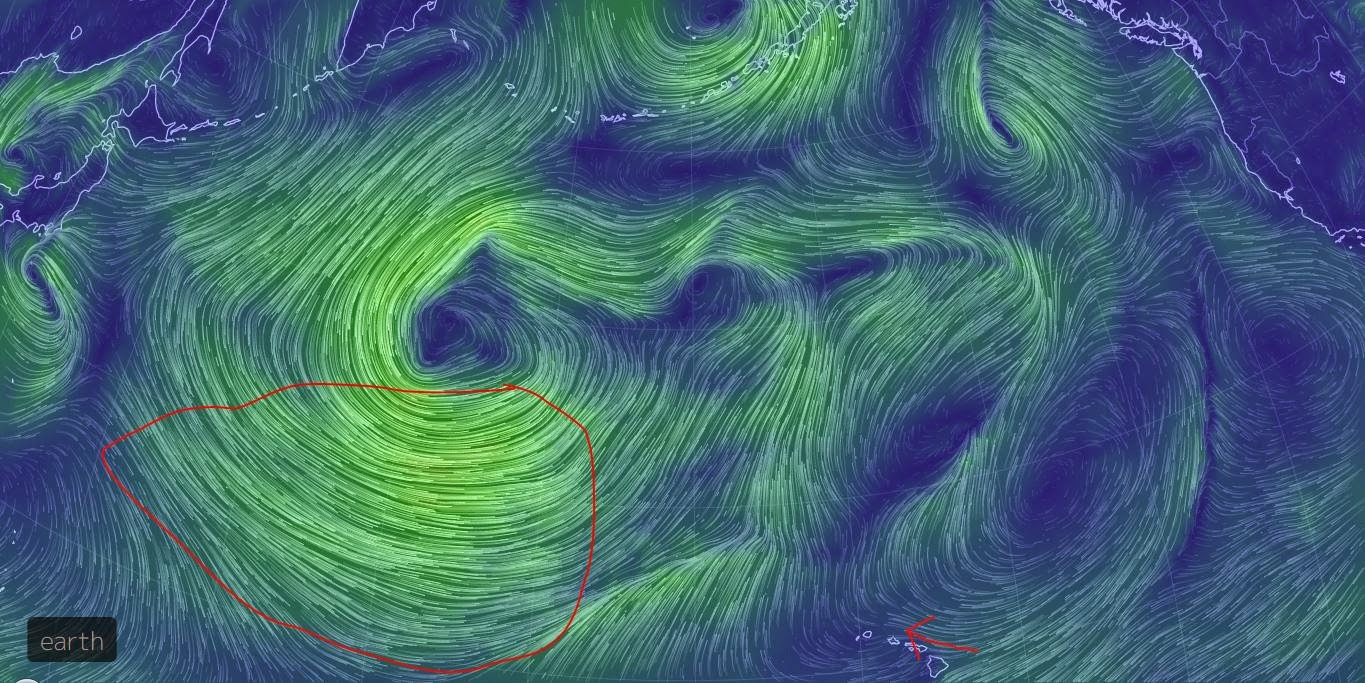 Have fun in the sun everyone! And thanks for the donations I'm receiving!


PS. All the sources for this post are permanently linked in the links section on the right of this blog.
Posted by cammar at Tuesday, February 17, 2015