The photo below shows Yuri Soledade (one of my favorite Maui surfer and Peahi charger) bottom turning on a beautiful wave at Hookipa yesterday morning. 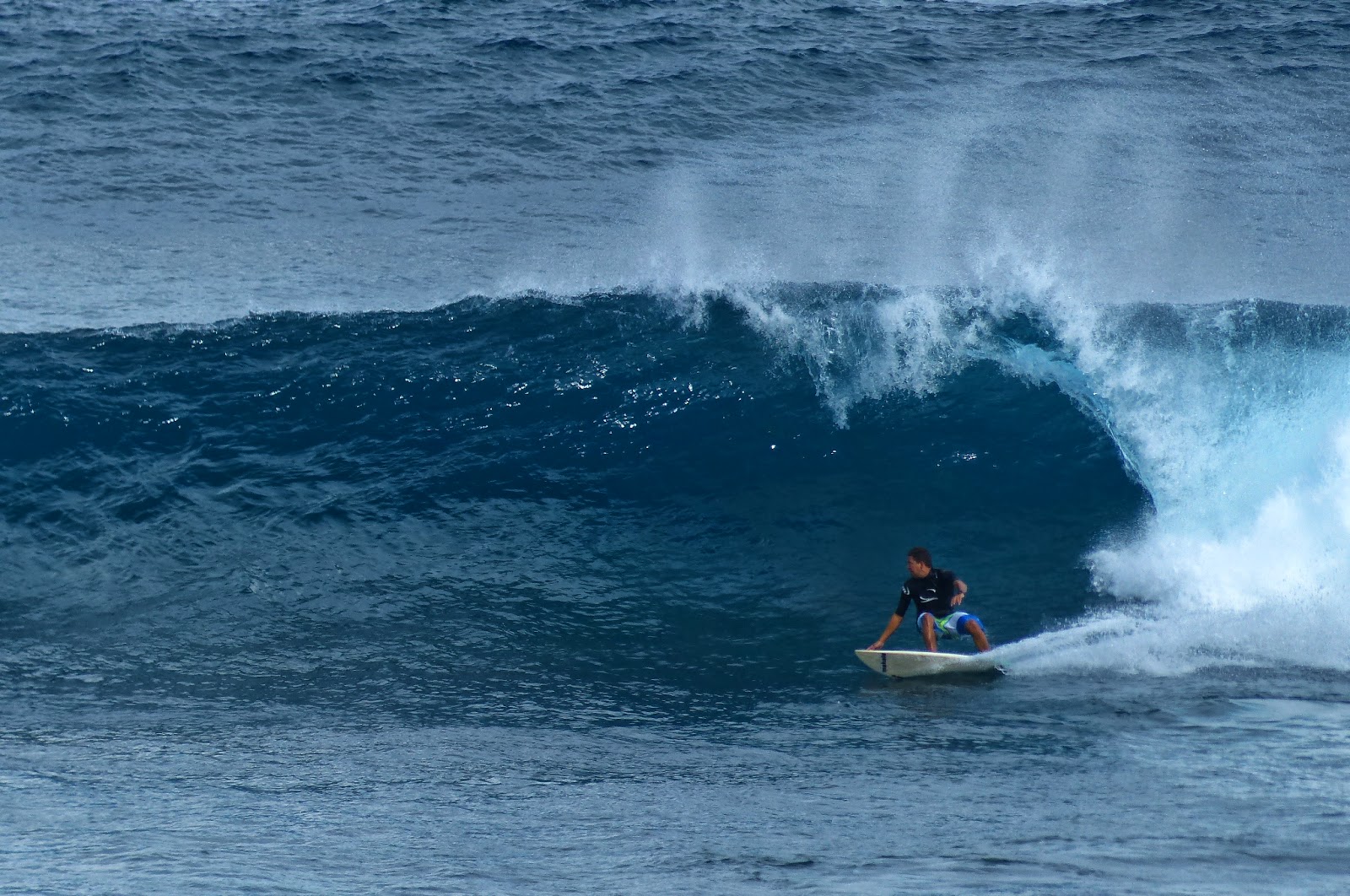 In fact, there were some beautiful waves thanks to the light kona wind. The problem (with my session, at least), was the vast amount of people (due to the not scary size and long lulls between sets that allowed anybody to paddle out) and the inconsistency (due to the wrap).

When it's like that, surfing sucks. Everybody is starving for waves and when a set finally arrives, everybody turns around and paddle and of course the deeper guys will claim priority and they won't make the section and in the end nobody has fun.
I launched at Middles and it was horribly crowded; went to Lanes, same; went all the way down all the breaks past that, same. Well, at least I got a nice paddling workout.
FORTUNATELY, the onshore wind picked up around 11 and at that point I was forced to drive to the other side of the island for a second session. That was a blessing from the sky, because I ended up scoring a solo longboard session on a waist high very soft wave that was about 100 times more fun than Hookipa.

Today's buoys. The NW is on the left, Waimea on the right. I put two arrows to indicate the change in direction that the swell has had at the NW buoy. From around 276 to 296 in a couple of days. The effect of that is going to be extremely clear when we look at the Lanai and Pauwela buoys below.

What changes, is the size and the consistency. The more north in a WNW swell, the bigger and more consistent it will be on the north shore. Actually, once you pass 320 (as the original swell direction!!), there is no much difference, because there is no refraction. At least Hookipa gets hit straight after that. Kanaha and Honolua have different exposures and will feel the change of direction past that.

The wind map shows one main fetch WNW and a tiny one N of us. It also shows a mini high pressure cell that, once it moves a bit to the east, will bring back the trade winds.
Windsurfers and kitesurfers from all over the world have been waiting eagerly for this.
Can't even remember when was the last time I sailed with the trades. It's been a really good winter for surfing so far...

That means that today's surfing on the north shore, despite the noticeable increment in size, will be highly effected by the wind. Below is the MC 2km map at noon, but the 7am one looks just the same.
How do youthink the waves are going to be today on the north shore?
Correct, they're gonna be shit. Sorry if I'm pretty drastic, but that's what it is, specially considering how pristine the conditions have been so far with the light offshore or calm days. 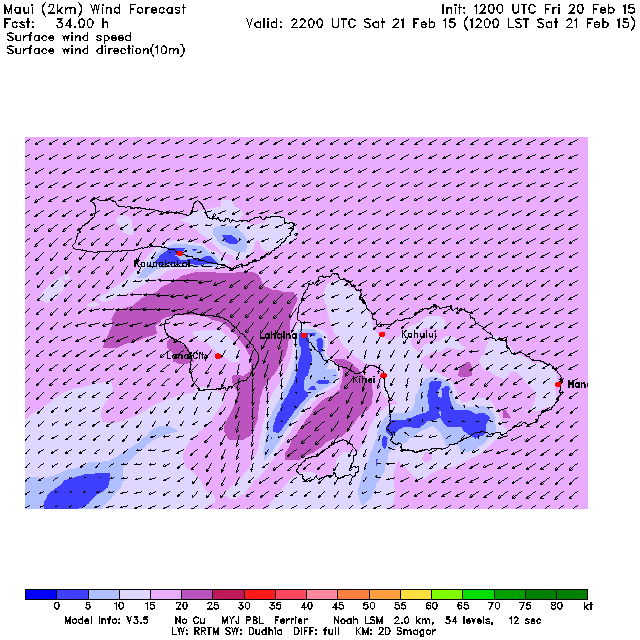 Go surf somewhere else or just stick to the wind related sports (which might happen already today, you would think looking at that map) is my suggestion.


Whatever you choose to do, have fun in the sun everyone!


PS. All the sources for this post are permanently linked in the links section on the right of this blog.
Posted by cammar at Saturday, February 21, 2015