What a super bowl that was! 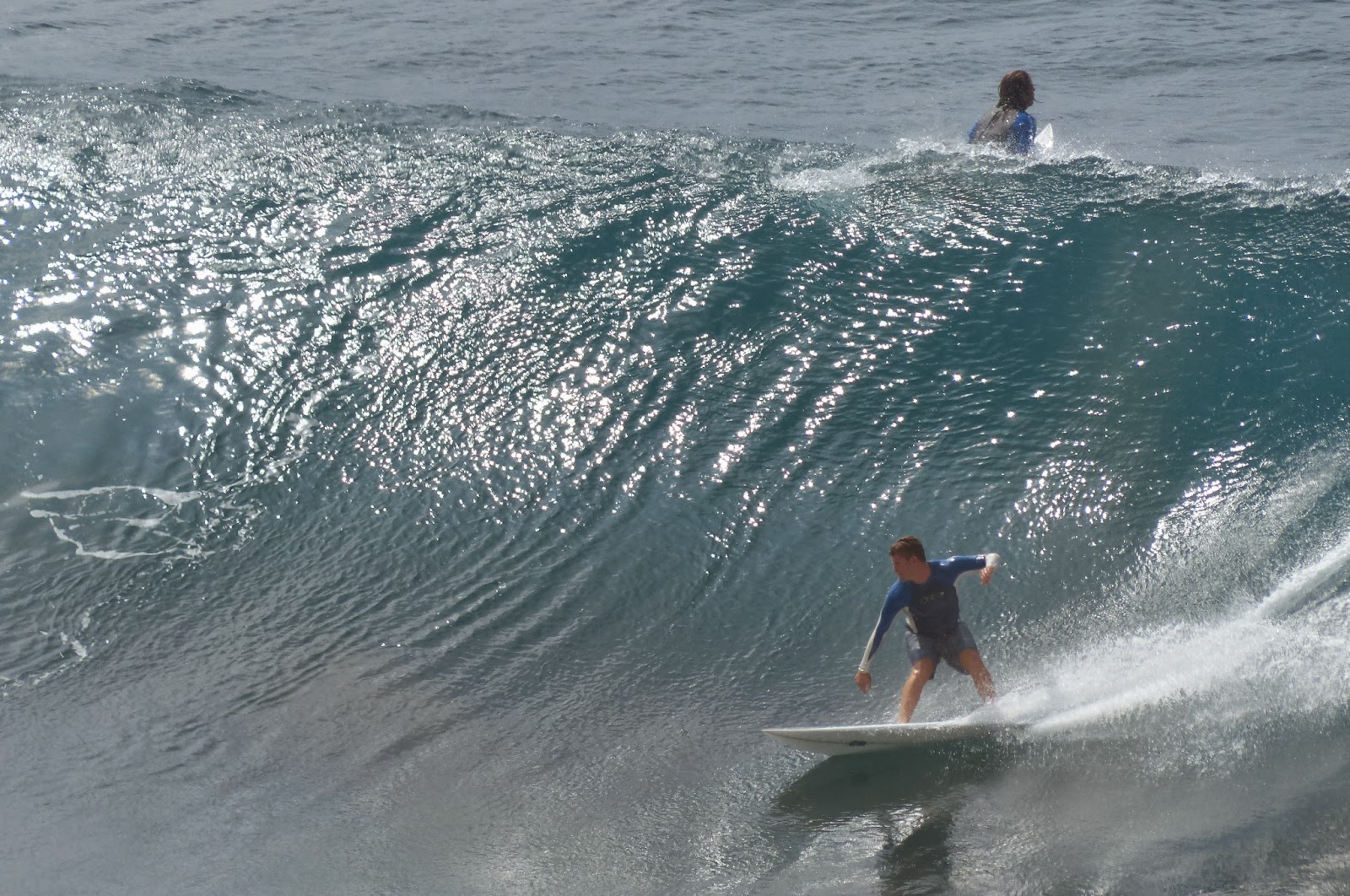 The three buoys below show a downward trend, if it wasn't for that little pulse that I highlighted at the NW buoy. It happened around 7pm yesterday. It should eventually happen around 10am in Maui. Nothing major, but the waves are gonna keep coming.
The numbers at the buoys are very important to try to figure out the size at your break of preference. The reason I don't write them anymore is that they are all in the collage of graphs I'm doing. So click on the photo if you want to know what's at the buoy.

Wind map shows a couple of fetches (even though not the strongest), so we can keep sleeping serene. 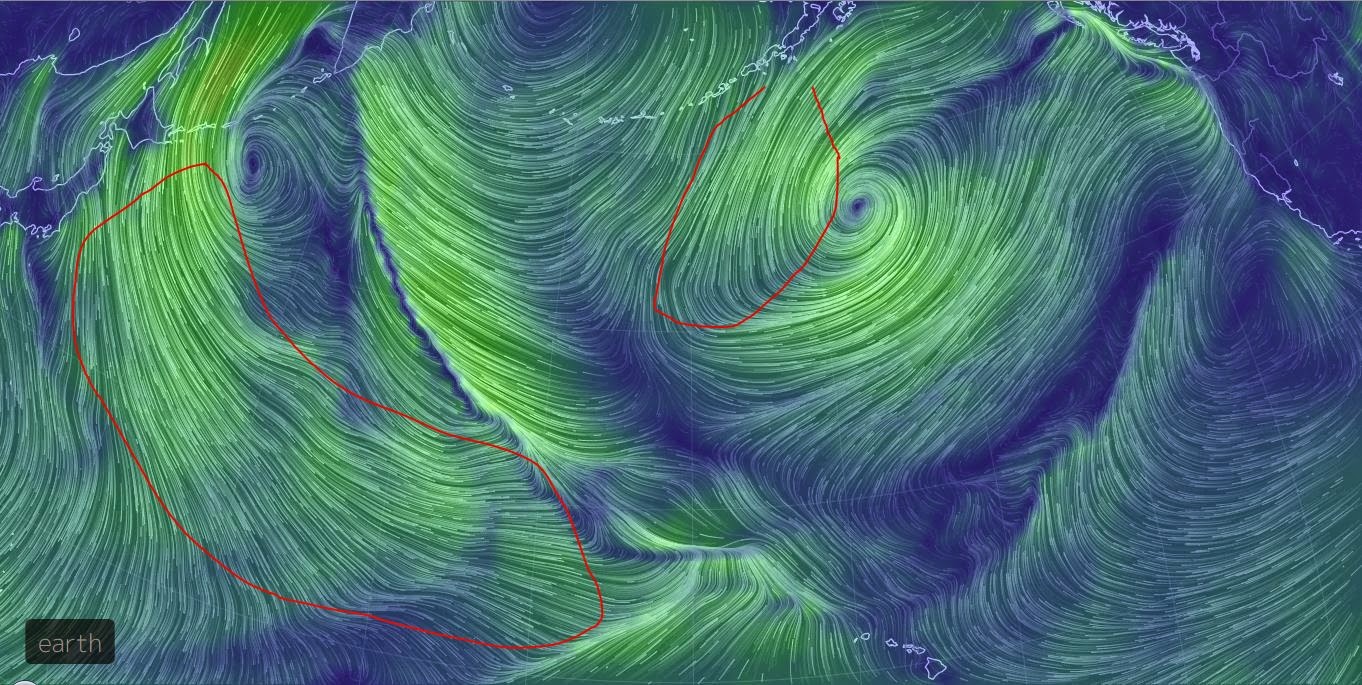 And the close up shows the morning's wind direction: southerly. 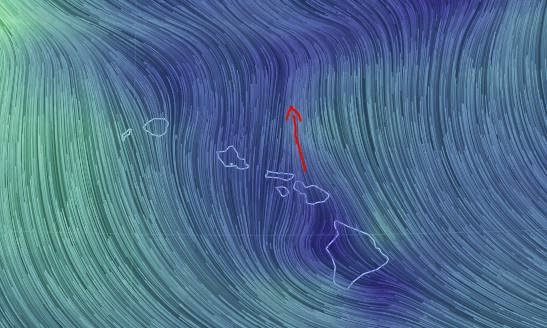 MC @ 2km has not updated their page, so we look at Windguru. One of the models shows strong kona in the afternoon, the other shows light kona. I haven't a clue which one is right and couldn't care less, since I'll be working in the afternoon. If I'm on the north shore (decision where to surf hasn't been made yet), I'll post an update from the beach before 2pm. 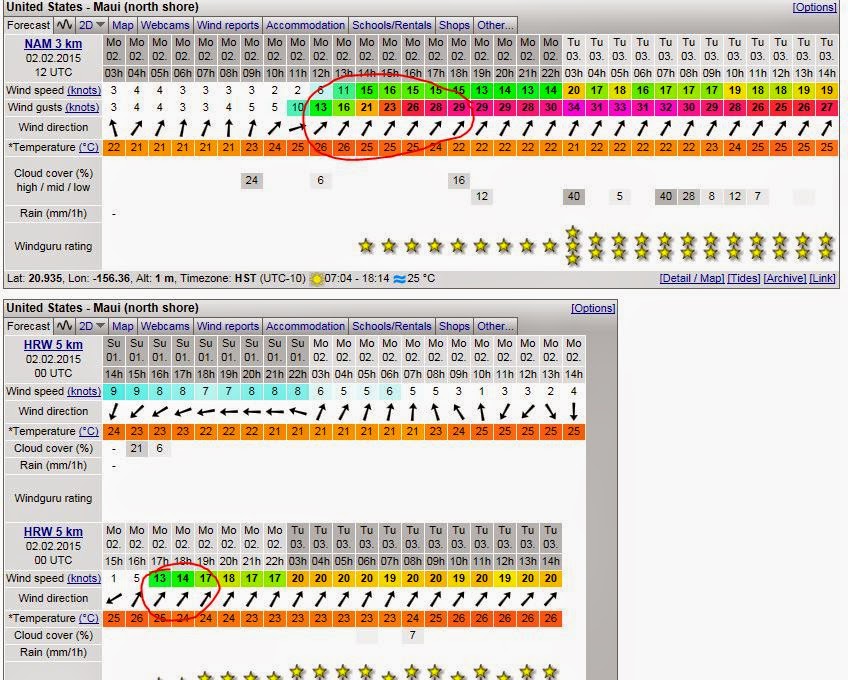 Mostly out of curiosity, here's this morning's weather map for down under. Nice fetch, partially obstructed by New Zealand. That's gonna send a small south swell in 7 days, but this is irrelevant since the wind is about to become strong kona for a while (which means onshore on the south facing shores). 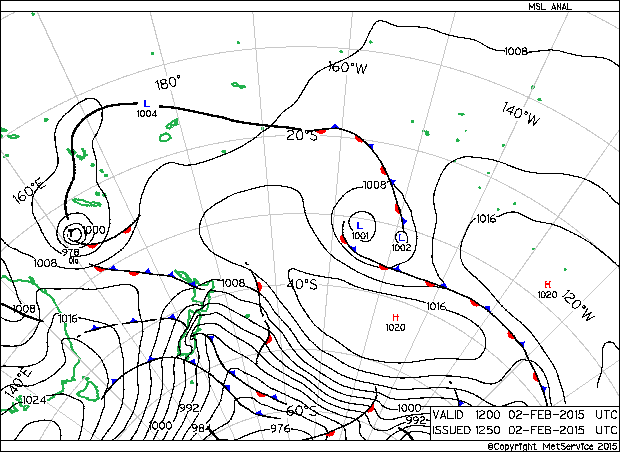 Here's the weather map of Monday the 9th as forecasted today (2nd), in fact.
The whole north pacific is about to become a gigantic gyre of low pressures and that means absolutely zero hope for trade winds for the visiting windsurfers. Plenty kona though.