Yesterday was a fairly small day. In the early morning there were some shoulder to head high ones, but then it got smaller throughout the day. Still clearly enough to rip for this guy. Photo Jimmie Hepp. 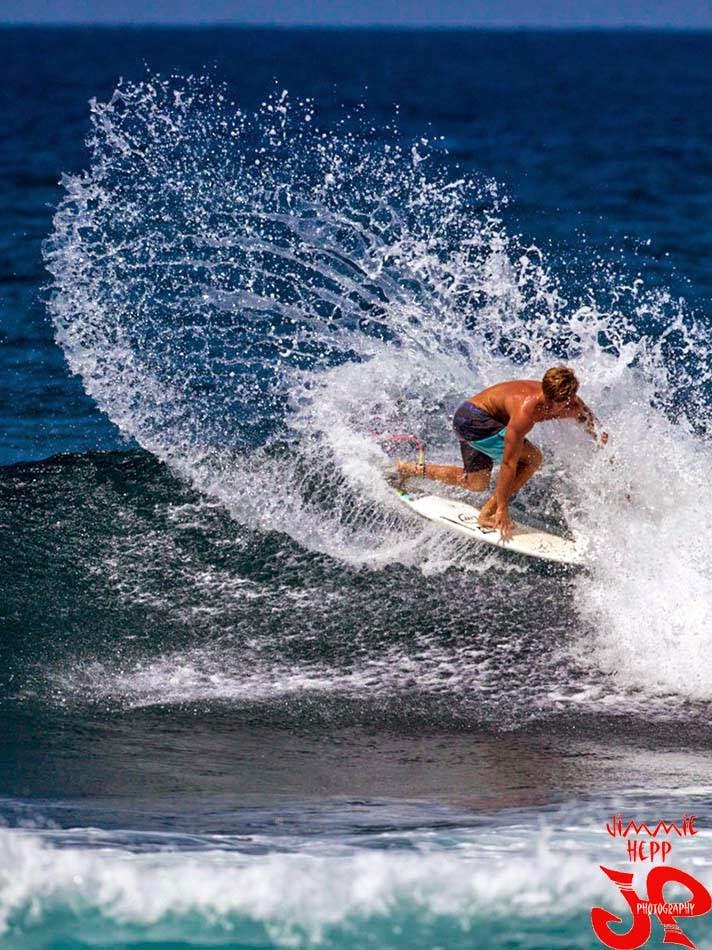 This morning it should be even smaller (longboard is in the car), with a small increase in the late afternoon.
Buoys: no readers' feedbacks about graphs vs numbers, I like the graphs a lot better (they tell you the trend AND the number, but you have to click on the photo to read them).
The arrow shows the slight increase on the NW buoy. I also underlined a couple of 18s and 14s very west readings on the Waimea buoy. No idea of how much of that we'll get, but I feel confident enough to say that at sunset it should be bigger than at dawn. Shouldn't take much really.
I just wonna add the Lanai buoy readings and point out a tiny but long period south swell:
1.5ft @ 8s from 196° (SSW)

I believe none of the above mentioned readings (waimea and lanai) would be visible on the NOAA page. I don't even feel like double checking.. I've done that enough times to know that the surfline way of analyzing the energy spectrum and separating the different components is much better than just one reading that sums up all the energies (that'll be the black line on the graph).

The weather map shows a high pressure ridge sitting right on top of Kauai and a couple of westerly lows.

Here's how they look in this graphical representation.

Now that usually means no wind (and it will be so in the morning), but the MC 2km 3pm map shows the possibility of sideoff sailing conditions (only at Hookipa though). 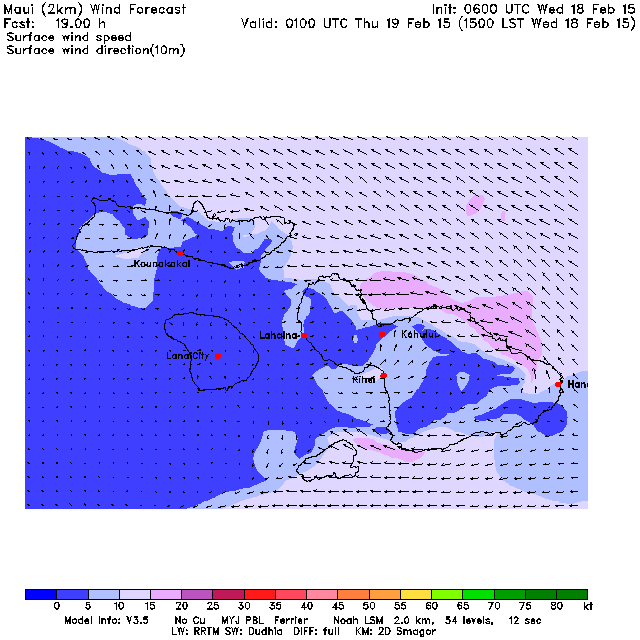 The HRW model on Windguru, so it might be worth to practice your personal wind voodoo if you're a desperate windsurfer. My suggestion is to make waxing a surfboard one them. 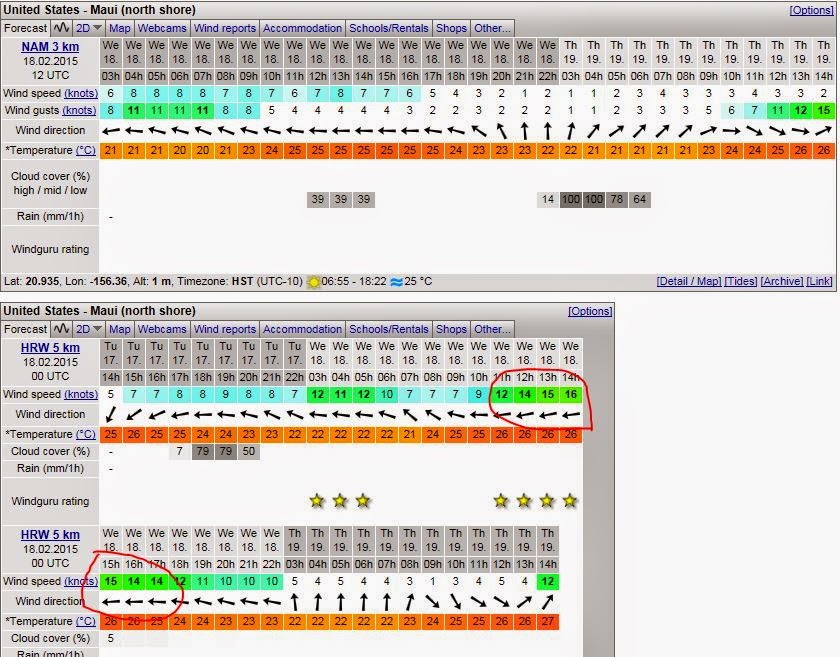 PS. All the sources for this post are permanently linked in the links section on the right of this blog.
Posted by cammar at Wednesday, February 18, 2015

I like the graphs but I don't click on them often. I need to start looking at them regularly so I can understand them better. Thanks for the great blog, it's really helping learn how to get a read on conditions.

I do click on the graphs, and your comments help a lot to decipher them, and it's nice to have them right in your discussion, so I vote leave them in!

I click on the graphs when there's big swell in the post, otherwise I don't. It does add credibility to your forecasts & it's nice to be able to check them out.