What another spectacular day of surfing on Maui's north shore yesterday!

This is the blog author in a photo by Jimmie Hepp out of this gallery. That wave is called Mishka and here's why.
Saturday I did end up going to his concert and, despite a preventive fat afternoon nap, that obviously disrupted my ever so important sleep routine. As a result I was at 85% energy yesterday. That meant that after a 2 hours shortboard session at dawn, I felt like I needed a longboard for my second mid morning one. It worked so well, that I ended up surfing 3 hours on it... the point was super fun and that's usually the case when a light Kona wind blows. 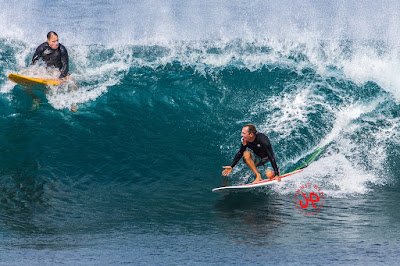 As you can see, I have a Gopro in my mouth and that's how that wave looks from that angle. A lot smaller, because of the wide angle. The guy on the shoulder wasn't happy that I loudly called my wave when I saw him paddling for it. Instead, I love when people call their waves. It's a safety thing and I encourage everybody to do that if necessary (it sure was in my case!).

Just in the earlier session, for example, I was paddling for a wave that seemed like an A-frame. I was in position for the right and there was a guy on the other side of the peak looking at the left. I assumed he was gonna go left and paddled hard to catch the right. At the last moment he decided to go right and had he not called the wave loudly, I would have dropped right on top of him.
Call the waves if necessary you guys, it is part of the surfing etiquette and a safe thing to do.

Occasionally the Kona would get a bit stronger and create some ribs on the face. It's a fine line between good and bad. 6-8 knots is perfect. Stronger than that, and it requires bigger waves to still be good.

These are the photos that I took between sessions.
Young Annie is becoming a lovely presence in the lineup. And now that I met her parents, I know where the loveliness comes from. 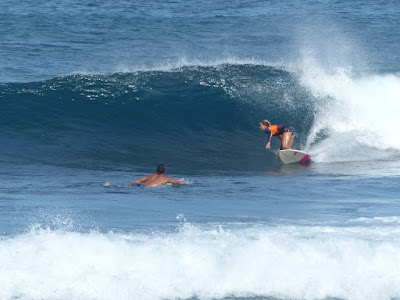 Vince Steves is very good at finding those closeout barrels. 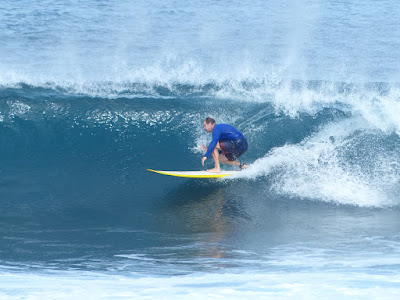 Unknown on a slightly hollower one. 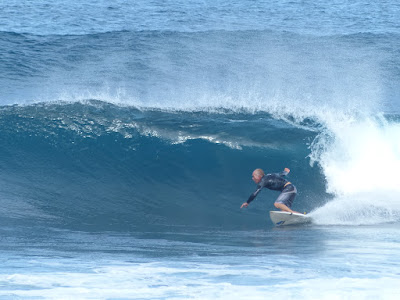 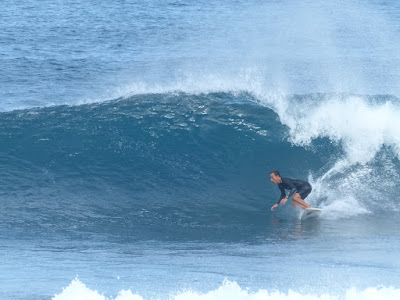 Sorry about all these bottom turns, but:
1) they are way too underrated
2) they show nicely how perfect some of the faces were, specially when I manage to frame them like this
Don't know the guy, but he's pretty handsome. I know, in this stupid culture a man is not supposed to appreciate another man's beauty, but I don't care about culture conditioning and possible related judgments. 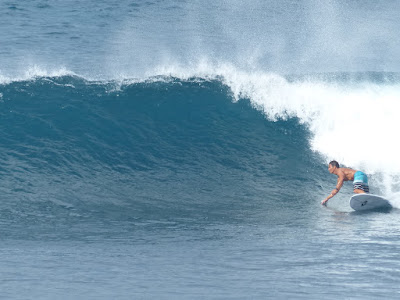 Don't know this kid either. 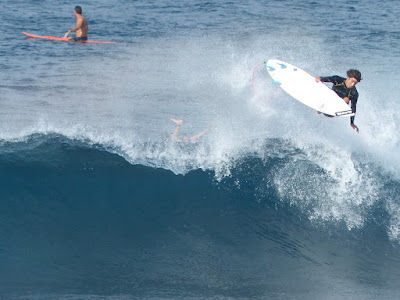 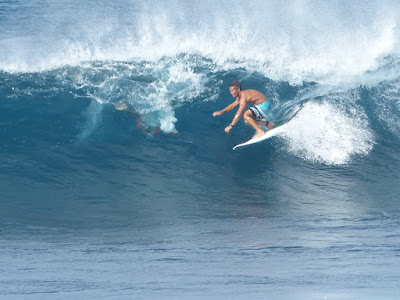 And the unknown kid again. 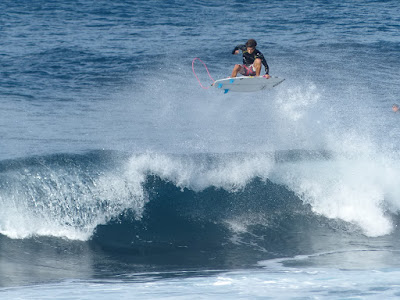 About to get a guillotine on the back. 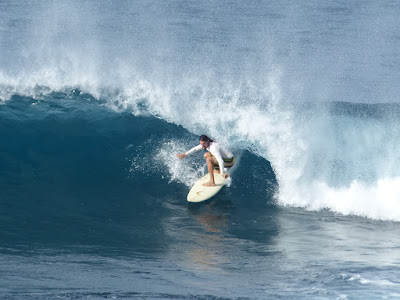 Toddy might be a quite and reserved guy, but he lets his surfing speak. 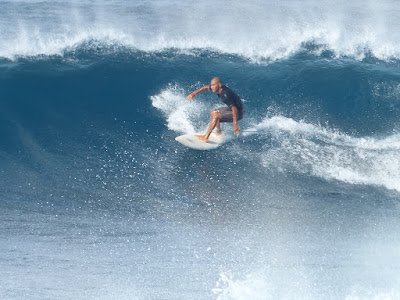 Wipeout of the day goes to Imai (who was ripping as usual). 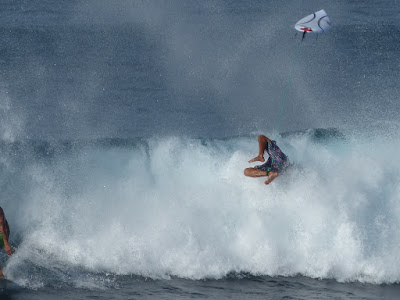 It was extremely clear that yesterday there were multiple swells in the water. The shorter periods were predominant, but there were clearly defined long period westerly sets too. More of the same today, as the Pauwela readings and graph (I numbered the three main swells of today) show.
On the graph I also outlined an increase of today's new NW swell on the NW buoy: from 2 to almost 6 feet in the 12h from noon to midnight. Not a particularly steep rise, as you would expect from a distantly generated fetch. Since the period was around 18s, the equivalent rise should happen 12 hours later in Maui, but it looks a bit late or shadowed. But there will be an increase in the size of the NW energy anyway.

This is the wind map of Dec 9th, which immediately should suggest one thing: scattered fetches translate into multiple swells in the water. The NW fetch is the one that generated today's new pulse (for yesterday's pulse, you should check the map of Dec 8th). The Pipe contest might get underway if it builds enough over there. Probably only round 1 is my guess because.....

....Current wind map shows a much stronger NW fetch and the swell it's generating will be what will make Pipe light up. Surfline calls for 12.6f 14s from 314 in Maui Friday night.
But before that, notice how the low north of us moved to the NE a bit. That allows its strongest winds to be finally pointing towards us better. The result will be a swell that Surfline calls at 9f 11s from 25 on Friday at 8pm. Oh my, so many spots immediately come into my mind for that...

NAM3km map at noon shows the bad news of the day: the afternoon is going to have onshore winds.