Yet another absolutely spectacular day of action on Maui's north shore yesterday.

The kona wind and the sun made for perfect waves and killer light. I chose to pass on the morning surf (I was very satiated from the two previous days) and only took photos while waiting for a windsurf session at Kanaha that was really hard but really fun. I got a wave that felt like that famous Kauli's super high line one at Ali Baba in one of Andre Paskowski movies... It would be cool if someone of the readers would feel like looking for it on youtube and post the link in a comment. I've dedicated enough time to this post.

This left was definitely firing. Only 1 wave out of 10 had a perfect line though, and my friend Mark Stephens was in rhythm with the ocean. 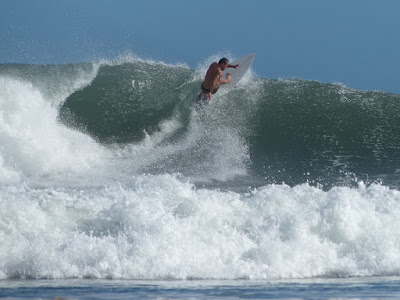 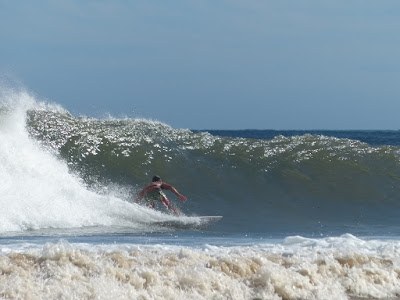 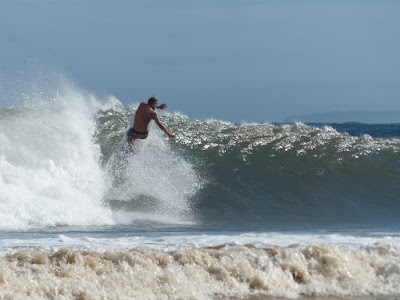 There was a keiki contest at the harbor organized by the the HSA. The conditions mid morning were absolutely flawless. They could have called it "Mini Pipe Masters". Perfect A-frames barreling left and right. It was a 10 out of 10 and those kids were scoring. Got smaller/windier later. My phone camera is poor, but look at that! Solid head high for them! 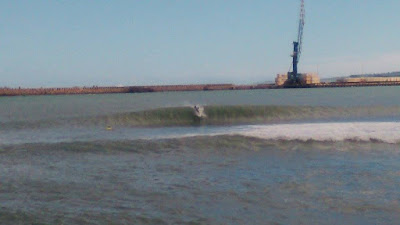 Up the coast Jimmie Hepp got these shots that I took from this gallery. 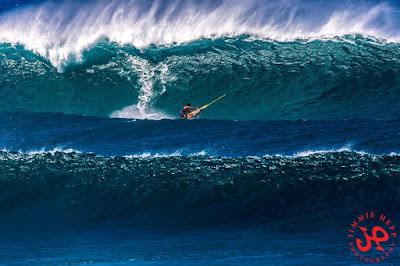 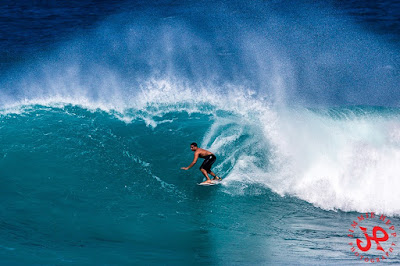 Oh, look: Kevin Wallis and Strider discussing fetches! They really must be important then!
The Pipeline Masters will be on today, tomorrow and Tuesday. I hope the finals will happen Tuesday afternoon, because that's what looks best for me. I'm not gonna talk about it in the next days, because of my weird way of watching every single heat on demand. If you see me at the beach, please don't tell me who won.
Also please don't ask me what the waves are going to do tomorrow. I dedicate enough neurons to this, I don't need to waste more by looking ahead more than 24h. Thank you!

5am significant buoy readings
South shore
No long period energy at the buoys, there's probably some little waves left by the Kona. Check the webcam.

Still pretty high numbers from a NNE direction at the buoys. Below is the wind map of Dec 15. The fetch n.2 is the one associated with the local low (also called Kona low) and is the one that has provided the energy in the ocean the past couple of days. Most likely, the fetch n.3 is what made the waves on tap today instead. It's never this black and white, though. More realistically, the two energies are overlapped.

Wherever it comes from, Surfline has this energy going down pretty quickly throughout the day, but with a reading of almost 9f 11s at the N buoy, I think the decay will be much slower. In other words, plenty fun size medium period waves also today!
See what a waste of time making a forecast last night would have been? The call has to be made in the morning, based on the latest information available.

What about those very long period NW reading at the Waimea and Pauwela buoys that I hope you guys are desperate to know? Well, if you remember the fetches I've highlighted in the past 4-5 days all the way up in the Kamchatka corner, you shouldn't be surprised. That is where fetch n.1 one in the wind map above is, but the energy we receive today is probably from the fetch that happened on Dec 14 instead. This energy is forecasted by Surfline to reach 4f 18s from 324 at 8pm, so expect a slow, steady rise throughout all day.

Couple of comments needed:
1) the NW buoy doesn't show it, because it's less sensitive than Waimea and Pauwela. I've noticed it many times. Obviously it is there instead, even if it doesn't register it. It will register it later when it becomes bigger.
2) this is another perfect example of why the breaking down of the different swells hitting a buoy done by Surfline on their biblical Hawaii buoys page (link n.11) is by far superior to the equivalent NOAA page. Below is Pauwela as offered by NOAA and, as you can see, there's no way to find out that there's 1.3ft @ 22s from 326° (NW) in the water.

Current wind map shows a wide and strong NW fetch. Surfline calls for 8f 15s on Wednesday, but longer period sets should already hit Tuesday (and light up Pipe). The local low has moved east a bit and that will bring ideal calm to light SE wind for the morning. A new windswell fetch is setting up, announcing the imminent return of the trades.
The fetch down under is blocked by New Zealand, but my fingers automatically circle fetches oriented towards us... can't help it.

NAM3km map at noon shows offshore trades at Hookipa. It should be too offshore for sailing there, but you never know with Maui, specially if the sun will be out. BUT....

...it probably won't! We lucked out yesterday because those clouds were to our east, but today looks like grey skies and...

...some rain. Check out yourself the evolution of this (uninteresting for me) aspect of today's weather with links n.6 and n.8 of GP's meteo websites list, which is all I check to do this analysis.
I collect the data on them, select the meaningful part, analyze it, sprinkle a bit of local knowledge and put the outcome here. You're welcome.