The morning surf at Hookipa was pretty outstanding yesterday until the wind picked up (fortunately only after I left). The afternoon offered a unexpected and fun windsurf session.
Blog author dealing with a tricky section in this photo by Luca Salvatore. 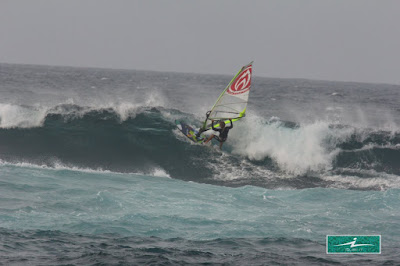 The windsurfing session was unexpected because I didn't check the MC2km maps once updated. I post the NAM3 local wind prediction because that's the best thing available at the time I do this call. If you want a more accurate local wind prediction, check out the link. n.17 later in the day and make sure that in the upper right corner it shows that the maps have been updated (current date).
The one below is from yesterday at 3pm and it shows wind in the 10 to 15 knots range which is exactly what was out there. But that map was not available at 6am. 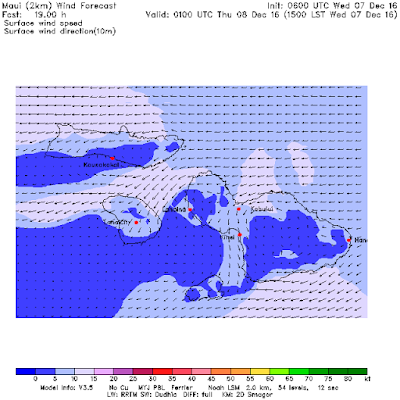 4am significant buoy readings
South shore
No more southerly energy at the buoys, it's gonna be like that for a while. If you guys still interested in what's going on on the south shore, there's always the lahaina and kihei webcams linked in the "webcams" section on the right colum of this blog. Just scroll down and you'll find them.

3ft @ 8s from 43° (NE)
2.1ft @ 11s from 8° (N)
4f at sunset I said and 4f at sunset it was yesterday at the Pauwela buoy. The NW buoy went down a couple of feet (the graph is all broken down, that's why I don't show it), but Hanalei stayed pretty steady all yesterday. Below is Hanalei on the left and Pauwela on the right. Red dotted line is what I think the swell is going to do in Maui today. Actually I think it's going to hold a little better than that, but it's hard to draw a dotted line with a touchpad mouse.

The real topic of conversation (the unilateral kind, also called monologue) here should be the direction. 296 at NW, 306 at Hanalei and 336 at Pauwela don't make any sense. These are the cases in which I follow the common sense and blame the buoys (Pauwela in this case) for doing a measuring mistake.
The direction of the swell in Maui is obviously wrong, can't be 336 not even after the refraction upon the upstream islands. I can give you up to 315 for that, but 336 is just not correct. I think it's because there's more swells insisting on that buoy, so the correct direction detection fails.
Let's not forget about those other swells in fact: the windswell is going down to levels that soon won't be noticeable anymore, and the N swell still has a couple of feet to add to the mix.

Current wind map shows a few scattered fetches here and there (forgot to circle that low south of us, but the fetch is pretty weak). No big waves generated for us today either (been like that for 3 days), but this map looks a lot more like winter than a couple of days ago. That low north of us is sucking humid air from the south and as a result today is going to be a wet one.

That is confirmed by the 5.35am radar image. You can check the evolution of the rain throughout the day by clicking the link n.8 of the GP's meteo links list, which is all I use to do this call (plus a bit of local knowledge, ofcourse). I also like links n.6 and 7 for that, but today they don't seem to be working.
Anyway, I woke up with lightining and thunder, and those are quite rare in Maui.

I love Mishka's music and will try to go see his concert at this Saturday at Charley's. The doors open at 9 and there's a DJ set before him, but he's only going to start playing at 10.30pm, which seems like a bit of a contradiction in a surfing place. I'm usually asleep for a couple of hours already by then... 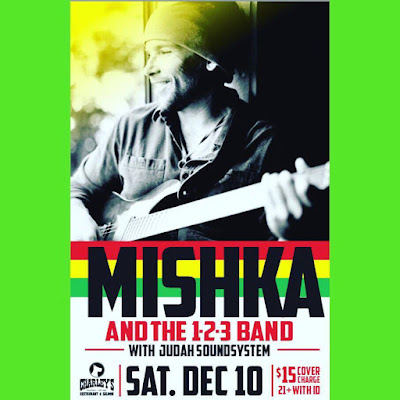 Lastly, a friend of mine found a kiteboard on the beach yesterday. Send me an email if you lost it, I'll get you in touch with her. Please describe what's on the bottom of it. 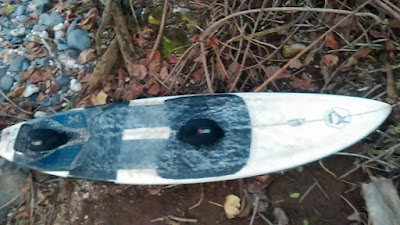