Two surf and a one windsurf sessions is a good achievement for my last day off before two weeks of working every day (half day though!). All were pretty good with moments of excellence.

This is how Honolua looked like when I arrived around 11am. The waves were starting to show and it wasn't too crowded yet. I wanted to rest a bit because I had just surfed some knee to thigh high clean little nugs in Lahaina, but I had to jump in right away because I knew the crowd would show up anytime.

In the end, as my friend Garrett said, "the number of good waves is increasing, but the people too, so the ratio is staying steady". And it stayed steady until I left around 3.30pm. 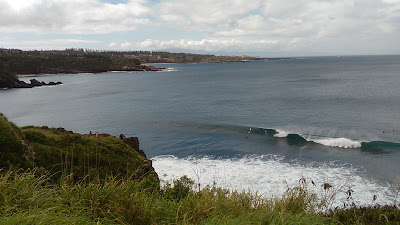 Here's the shots I took after my session. I might also have some gopro shots, but I haven't had time to check those ones out yet.
Wave Storm and hands behind the back. You think he's trying to make a point? Probably not, just cruising. 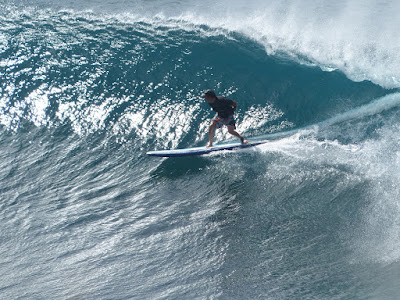 This wave had barrel potential, but he chose to go to turns. 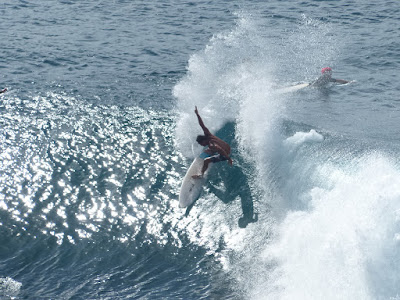 Can't blame him. Sure didn't waste it. 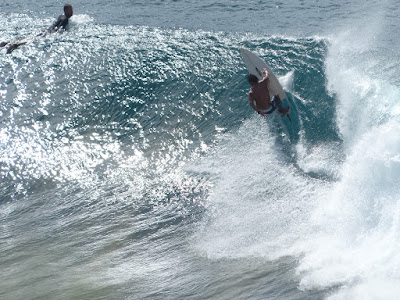 Half of the waves were 10's. The other half, 8 or more. This is an 8.8 because of a bit of extra bump on the face. Nothing to complain about the shape. 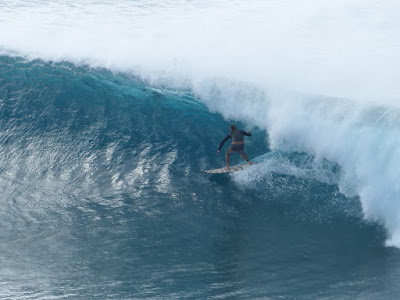 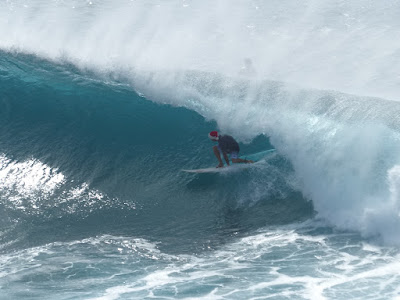 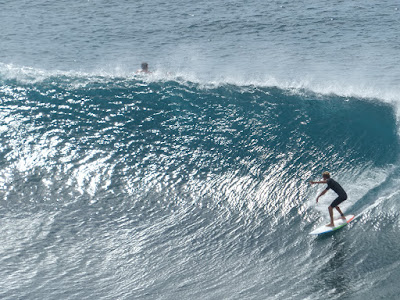 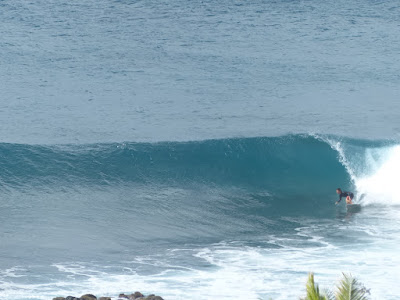 Another 10. One of those gaping barrels I called yesterday. 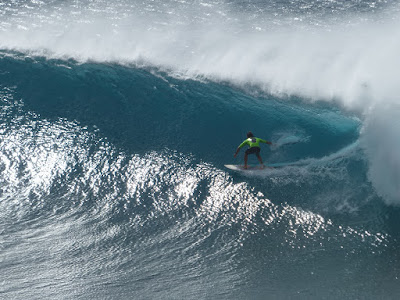 And another 10. Double barrel for that guy on this one. 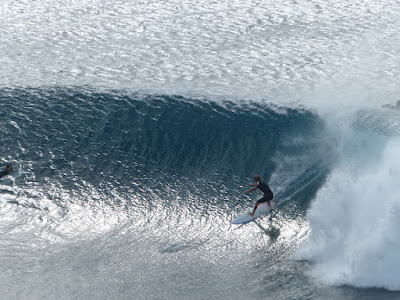 Looks like a 9. Hard to judge a wave from a photo, but I kinda remember how they went. Plus, I just wanted to make the point that the quality of the waves was excellent. 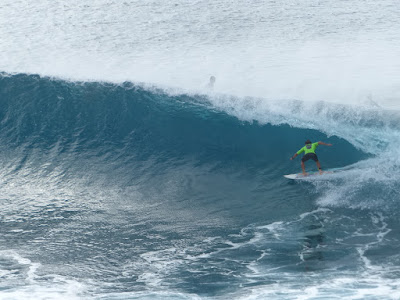 5am significant buoy readings.
South shore
Nothing from the south at the buoys, check the webcams.

6.3ft @ 15s from 322° (NW)
5.2ft @ 9s from 88° (E)
4ft @ 7s from 76° (ENE)
3.3ft @ 13s from 324° (NW)
Below are the graphs of NW and Pauwela and the Surfline forecast that I posted yesterday. With a bit of surprise from the creator himself, the GP rule of thumb for the travelling time from the NW buoy to Maui did work also in this occasion. You can see the swell peaking in the early afternoon.
The Surfline's graph looks very similar to what happened in the reality, maybe just a couple of hours off. That's why that is the only wave forecast I bother checking. Most wave forecast websites get their info from the publicly available WW3 model outputs, so they're pretty much all the same. But this one has the best graphical representation because it matches exactly what is going to be registered by the buoys. It's just a brain pleaser...
What they're off big time is the windswell. There's pretty much half of what they say in the water and I have no complains about that.

Back to our NW swell, I drew a blue dotted line to show the steady decrease it's going to have today. You can infer that from the graph of the NW buoy (which, with the period at 15s, Pauwela is qualitatively following 15 hours later) and/or from the Surfline forecast. 319 is a better direction for Maui's north and west shores than 310, so that might help compensate for the loss of open ocean size.

With all these information available, knowing what the waves are going to do is the easiest part nowadays. What's tricky (and requires local knowledge) is to know where it's going to be good for you. I'm gonna start a new service of customized calls. You tell me what you like and and I tell you where to go.

Maui visitors (and not), hit me up if you want to be one of the first ones to benefit from this (very affordable prices at the beginning!). Let me be your PCM: Personal Call Maker. Sounds like a phone operator, but it's also the same acronym as Pulse Code Modulation, which is something I had to deal a lot with in my studies as an electrical engineer. I like the new PCM better.

Current wind map shows:
1) the fetch responsible for tomorrow's swell (green line on the Surfline forecast), still hanging in there
2) a better oriented windswell fetch
3) a fetch down under completely blocked by New Zealand. It's gonna look better tomorrow.

NAM3km map at noon shows strong easterly trades. BTW, it's already blowing so hard that I'm probably not gonna bother with the Hookipa beach report this morning.
6.8ft @ 15s from 320 and gusting to 25mph at 7am, means it's gonna be big and blown out.

Fun xmas at da Bay! Kited Spartans late afternoon and it was pretty amazingly good, with four or five on it. Fewer barrels though. Looks like small kite today.