Just a (fun) early morning session for me yesterday.

After work I went to Honolua Bay to witness the arrival of the first sets of the new swell and I took the photos below. Well, the plan was also to surf them, but the set arrival frequency was low (as you would expect with a remotely generated swell) and the people in the water greatly outnumbered the number of waves. Don't be fooled by the photos that only show one surfer, the number of blatant drop ins was ridiculous. 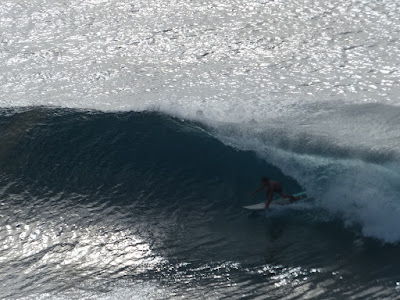 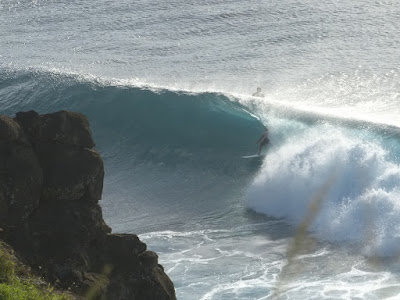 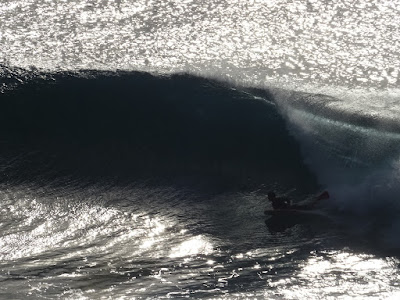 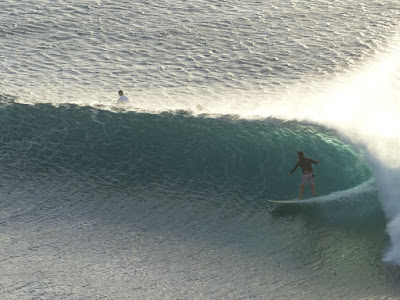 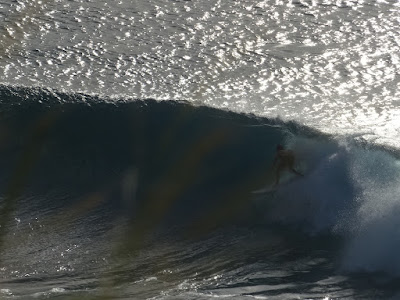 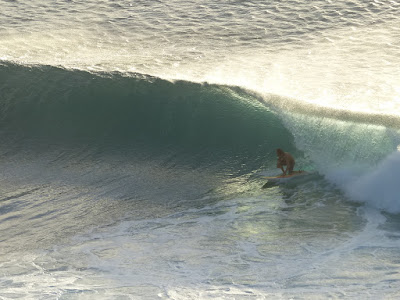 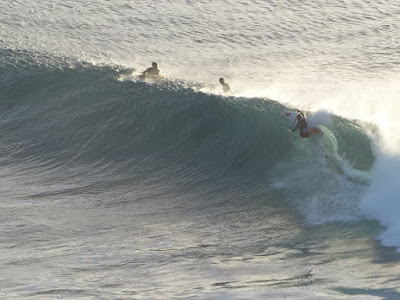 I have a healthy disregard for all man made calendar dates, but this one is not. Today is the astronomical winter solstice, the shortest day of the year for the northern hemisphere.
The humans still managed to screw it up by deciding to make it the START of the winter. That cracks me up because, as the picture below shows, it is instead exactly the MIDDLE of the winter. It's the shortest day of the year, how can it not be right in the heart of  it?

As such, I'm not a big fan of it. It means we have actually rounded the buoy and we're now going to start sailing towards spring and summer. Too early to start panicking yet, we have plenty more wintery swells and sessions ahead. Usually the panic for me starts in April, but yeah, I won't be too happy that tomorrow the daylight will last a little bit longer.

4am significant buoy readings
South shore
Nothing at the buoys, check the webcams.

7.2ft @ 15s from 327° (NW)
4.4ft @ 9s from 78° (ENE)
2.9ft @ 6s from 68° (ENE)
2.6ft @ 13s from 324° (NW)
Healthy numbers at the buoys. From the graph of the three buoys below, we can see that the GP's rule of thumb for the NW to Pauwela travelling time (12h @ 18s and viceversa) worked perfectly in this case. Taking advantage of the fact that for once the scale of the graph is the same, I put red lines to highlight the start and end of the equivalent rises of the swell, which has locally peaked in the wee hours last night. The rest of the NW graph tells us that the swell will stay pretty steady all day today and that's what I drew with a blue dotted line on the Pauwela graph.

So plenty waves on tap, also because of the other energies in the water, but the 15s NW one will be the predominant. At 7f  Hookipa is at least double over head (DOH), happy spot searching!

"Are those feet at the buoys the so called Hawaiian feet?", I got asked lately. Not at all. Those are precise measurements of real swells in the water and, unlike the Hawaiian scale, they are always associated with a period and a direction. The Hawaiian scale is totally imprecise, unscientific and extremely confusing and as such I can promise you I am never going to use it.
I much prefer to use body parts instead, in that way it's clear that I mean the actual face of the breaking waves, because nobody rides on the back of a wave! That is, until Kai Lenny comes up with a way to do that...
Current wind map shows many weak fetches:
1) this is a brand new one associated with a brand new low. It's going to evolve nice and strong and Surfline posts a peak of 12f 15s on Sunday night for its related swell
2) remnant of the fetch that generated today's swell
3) windswell
4-5) too weak to really do something for us

Lastly, the long time blog sponsor Manaloha Rent-a-car informs me that they're running a special:
10% Discount for long term rental or 10% Discount for at least two times returning customers.
Click the banner on the right to get to their website.
Posted by cammar at Wednesday, December 21, 2016

GP, I know it's all relative, but don't be too down on the Winter Solstice. For those of us in the the northern climes, the winter solstice means that we'll start to get some of our daylight back. More time outdoors, less depression, yada, yada, . . .

Awesome blog BTW! I'm in total agreement with the days getting longer way of thinking and I agree longer days are better, but.. just an FYI on the concept of winter "starting".

What I once "learned" (or was told in a meteorology class), it is based on the amount of potential heating from the sun. The heating potential is equal on the spring and fall equinox, the day after the spring equinox more heating from the sun, the day after fall equinox less heating so things begin to cool (less energy from the sun a little more each day until the next equinox). So winter solstice marks the period where the heat from the sun is at the minimum (due to the shortest day) until the sunlight equals darkness on the equinox, in theory this means it is the coldest time of year so why not call it winter. Summer is the opposite.

On the smaller scale of a single day, the air temp is coldest in the AM right before sunrise (not at midnight) and warmest in the afternoon (not at noon), its about heating. Its not perfect in reality, but it is pretty close, even if you don't like winter starting when days start to get longer

Thanks Mike, what you say (or what they told you at that class) is absolutely correct.

But it's all good, I know when there's good waves here! :)