Another large winter swell hit the islands yesterday. This is Robby Naish at Jaws in a photo by Erik Eader. 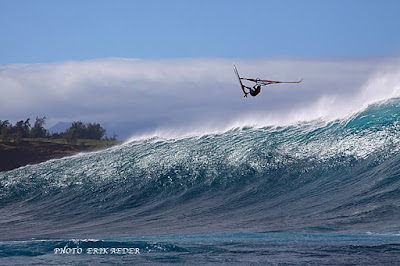 This is how Hookipa looked instead. 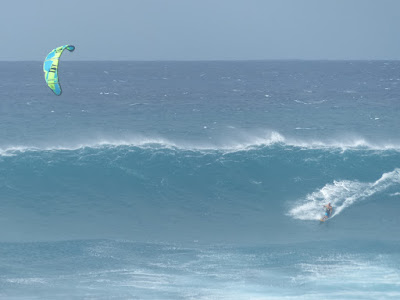 AND, better late than never, I finally found a photo of Honolua on Sunday, the day of the contest at Jaws: pretty amazing conditions. Photo by Stu Visuals. 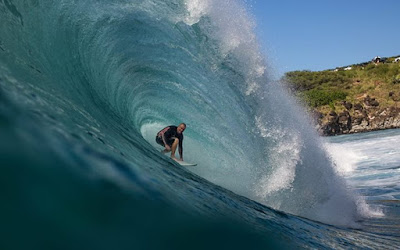 I had a busy day yesterday, but thanks to the short condensed action videos, I could watch the whole Pipeline trials in the evening. The action was intense. This is the WSL page with the photos.
Can't wait to watch the main event that will start today. Keep an eye on trial winner Jack Robinson. The kid is amazing.

Before we move on with the forecast, just a quick note that we received the first Lib-Tech built Lost Puddle Jumpers at Hi-Tech. Construction feels indestructible. 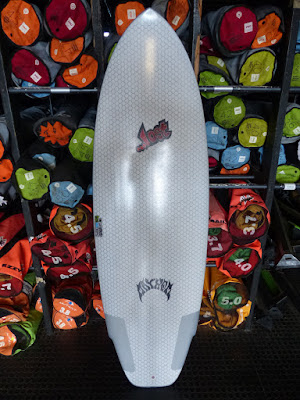 Below is the graphs. I put an arrow on the start of the rise at the NW and Pauwela buoys to indicate that the GP's rule of thumb 12h at 16s and 16h at 12s worked nicely. I also put arrows to indicate the start of a new bump at the NW buoy and the predicted time we should see that in Maui. 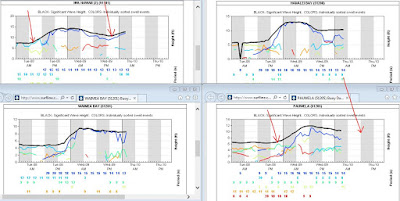 Buoys are key, but knowing the history of the fetch that generated the swell is very important too. That's why I post the wind map every day. In the case of NW swells, the maps you need to remember are only 3 or 4 (the past 3 or 4 days), so it should be possible. And if you don't remember them, scroll down and find out how they looked.

What I remember in this case (without scrolling down) is that the fetch was extremely big and had different sections aiming at different directions. That seems to be confirmed both by the buoy readings and by what Pat Caldwell wrote:"Thursday should see a wide directional spread from WNW to NNW".

Anyway, 7f 14s with a new bump in the afternoon means plenty waves on the north shore. Not as clean as yesterday though, because of the mixed periods/directions and the wind that today should be a bit stronger as the MC2km map at noon shows. 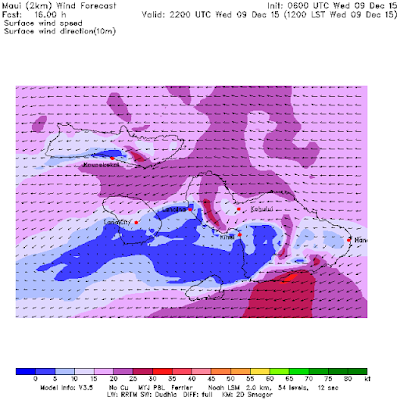 Today's wind map is the first December map in which there's not much energy generated our way, other than a minuscule section of a tight low NW of us and a larger, but weaker windswell fetch. 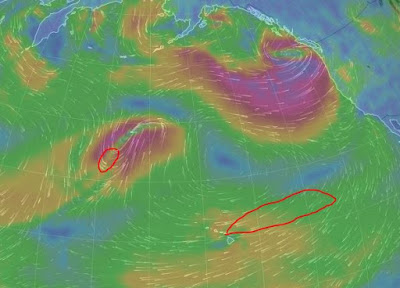