Rough, dangerous conditions at Hookipa yesterday. Lots of energy in the water.

Victor Fernandez twists his body to engage the inside rail in a 360. 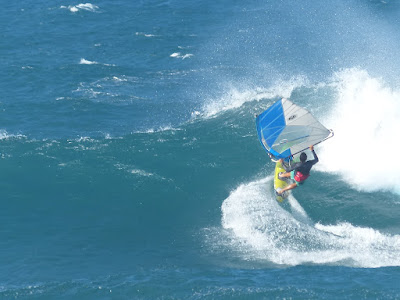 The name of this young lady is Fiona Wylde and I wish I had her balls. 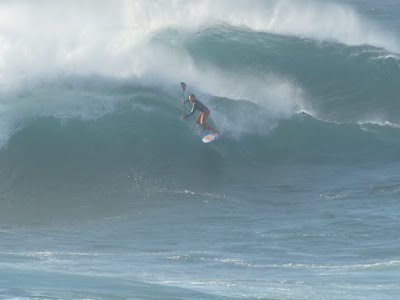 Keith Taboul compresses down in the bottom turn. 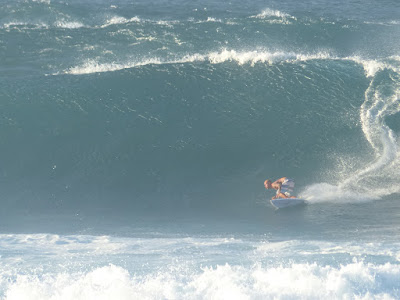 Nature is awesome. My camera not too bad either. 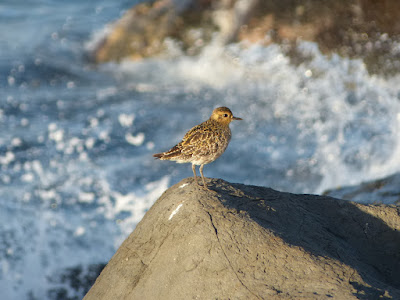 Buoys at 6am are all trending down, but 7f 14s is still solid size. 339 is an unblocked direction. West side is probably where I would go surf looking for a place where the other smaller period energy would be filtered out.

Wind map shows a new fetch just coming out on the ocean from the Asian continent. The related swell will start from a very west direction and will peak on Wednesday. It's one after the other these days.
The other fetch is not doing much for us anymore (other than the section just south of the Kurils), but the swell it generated is the big one that will hit Sunday. 14f 16s from 330 at 8am is Surfline's prediction for the peak of it. Should be pretty decent size at Jaws for the contest that has been called on. Too bad for the wind.
I hope not all the photographers will go there and someone will choose to shoot the Bay instead. 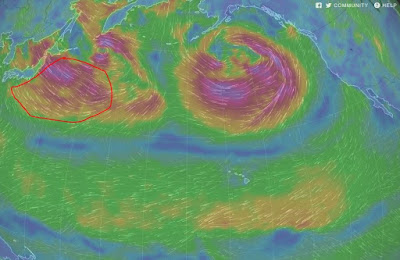 Double wind map today. I just want to show you a nice fetch down south. Guess what's gonna block most of the energy? 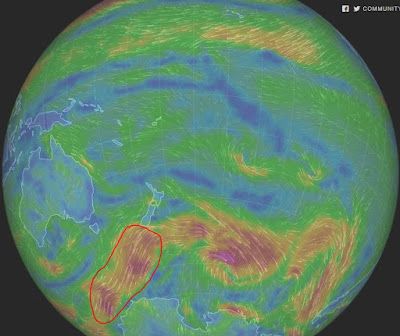 MC2km map at noon shows the wind that it shows: 10 to 15 and big waves usually means not sailable, but there's some slog and surf specialists on this island. 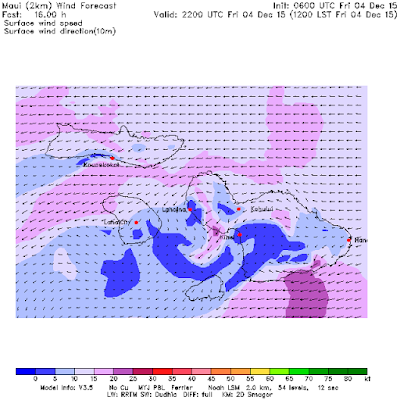