This is Kevin Pritchard in a photo by Jimmie Hepp. 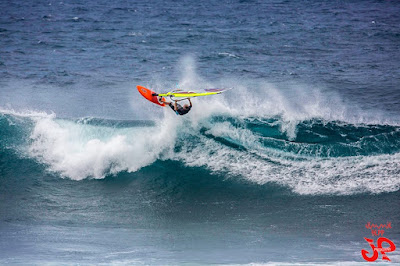 Not sure when it was taken, but this "heavy Tahitian slab" was just posted by photographer Ben Thouard. Could be used as a definition of hollow. 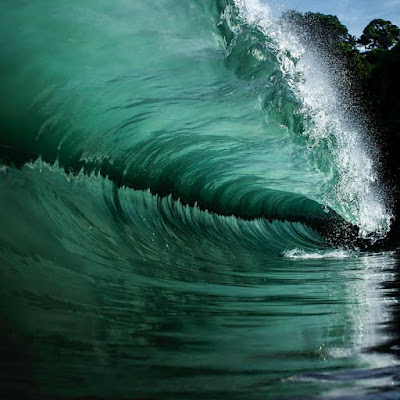 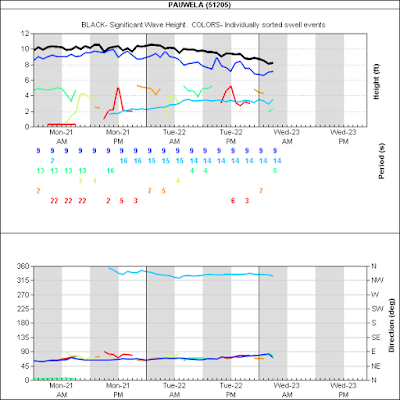 Wind map shows a large NW fetch and the windswell one that is getting a tiny bit weaker. 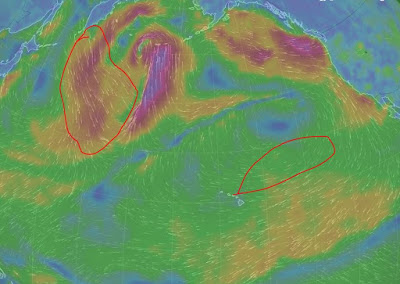 Mc2km map at non show a lot less wind than the past... weeks! 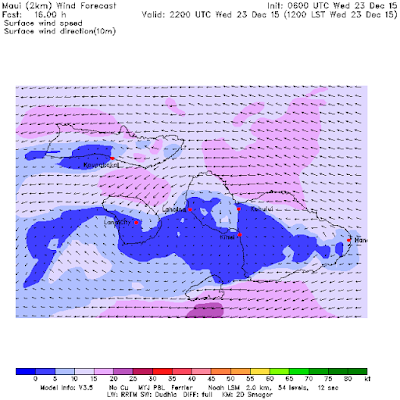 For quite a long time, I lived right next door to the Meola family. From my studio I could hear Lily practicing her singing and that was a delight. Listening to her first cd brought me back to those years and since they were pretty good years, that put a smile on my face.
We have it for sale at Hi-Tech. This is Lily's website. 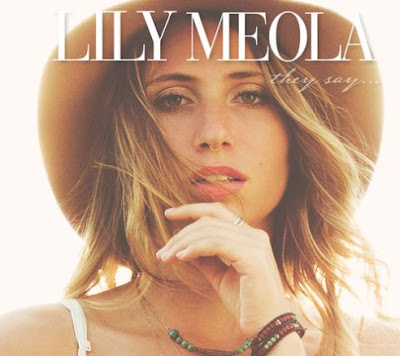