Very average conditions on the north shore yesterday due to a sideon wind that wasn't really good for anything.

Pretty flat on the south shore, but judging from this photo of Teahupoo from Ben Thouard taken on the 23rd, things should change soon. That's the south swell coming from those fetches I pointed out a week ago. Unfortunately, it won't be quite as big over here, but it's good to see that there's some energy travelling our way. No long period readings at the buoys yet, there should be some tomorrow. 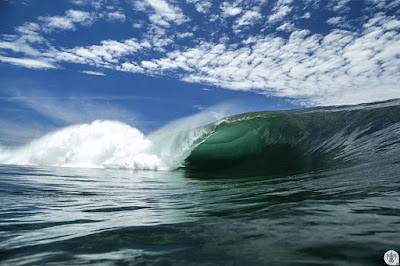 Pauwela
7.2ft @ 8s from 67° (ENE)
3.6ft @ 7s from 53° (ENE)
Unfortunately the graph of the NW buoy is really hard to read and I can't tell you exactly when those 6f 11s from 336 will get here, but it will be sometimes in the afternoon today. Could be early or late. For the moment, only windswell again at the Maui buoy.
Wind map shows a wide "patchy" NW fetch, a small windswell one and another out of season south one. 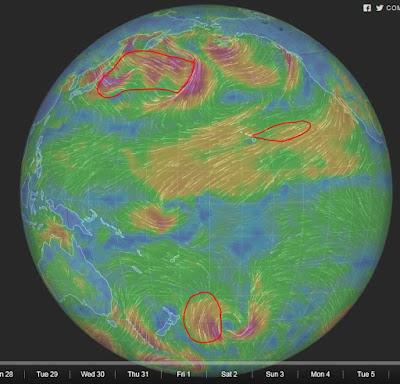 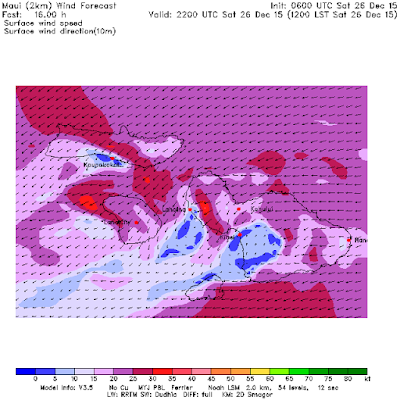