Very clean waves at Hookipa yesterday. This was taken in the afternoon when the lineup wasn't as crowded as in the morning. 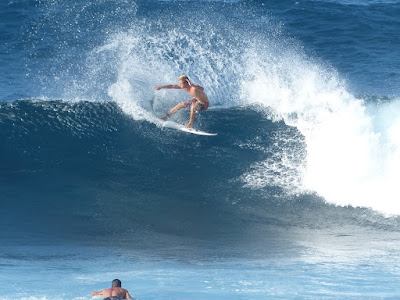 Slightly smaller waves, but the wind is going to be ESE again, which will cause very clean conditions.

2ft @ 9s from 183° (S)
and this is the south pacific map of Dec 5th that shows the fetch south of New Zealand that made those waves. At least, that's my guess. 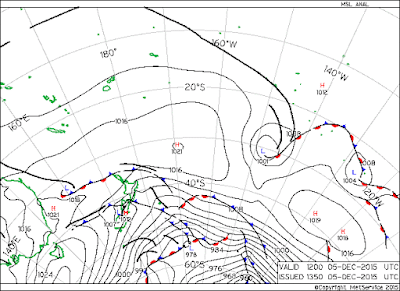 Wind map shows the fetch of Wednesday's swell start to go north of the Aleutians, but still with a nice area of strong wind generating waves towards us. The contest at Pipeline should be ok in terms of size. 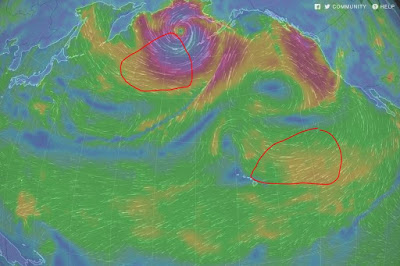 Too bad it's going to be ruined by the wind which is going to blow very strong again. To be an El Nino year, this winter has been very windy so far. 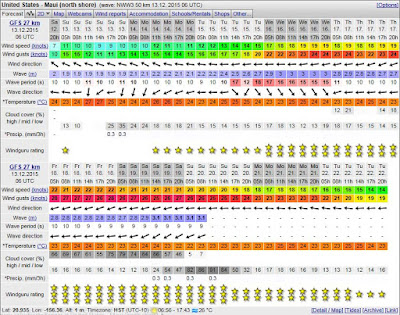 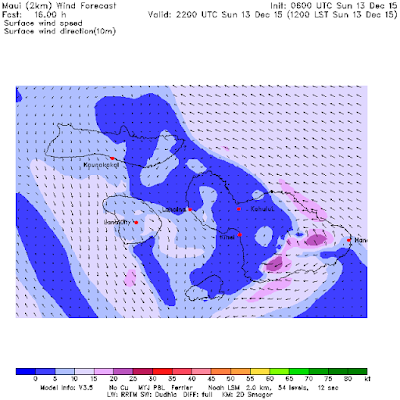