The photos below show the size of the windswell waves at Hookipa yesterday. The sailor is Andres Martinez, photos by Jimmie Hepp. 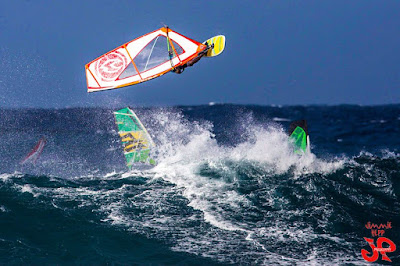 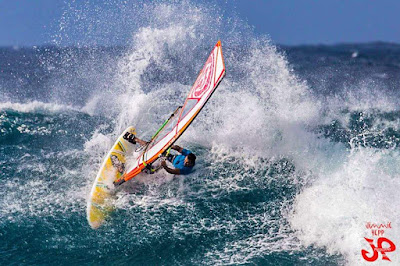 At 4am Pauwela has the following readings and I'm gonna comment on all of them. Keep in mind that the more a swell travels, the more the period increases and at the same time the size decreases (it loses half of the size every 1,000 nautical miles):
12.5ft @ 10s from 75° (ENE)

12.5ft @ 10s from 75° is a pretty solid couple of numbers for a windswell (even bigger than yesterday) and that doesn't happen all that often. It takes a fetch that is long, strong, long lasting and pretty close. I've been outlining it for the past many days, so you guys should be familiar with it.

4.5ft @ 5s from 62° is the windswell related to the active wind. That only adds chop and chaos on the face of the 10s waves that are instead already more organized, so from the surfing point of view, it would be better to be out of the fetch. Best to be in front of it, but not touched by it.

1.6ft @ 18s from 18° come from a fetch that was north of us on Dec 16 and 17. It was directed to the west coast and we're getting the angular spreading. I put those two wind maps together below.

Today's wind map shows three fetches:
- a solid NW one
- the usual windswell one
- a south one
Approximate travel times for the related swells are 4, 1 and 7 days. 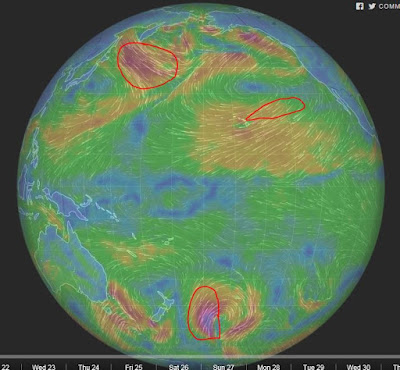 The wind will be nuking again and, as you can see from the windguru table below, we're not done with it yet. Another strong episode is forecasted for the next weekend.
I should be happy that I'm not missing anything epic, but I still would prefer windless days... plus some spots actually might be epic.
I came here for the wind 15 years ago, I don't like it anymore now. And I know lots of people that did the same. Things change. 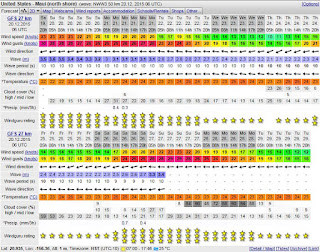 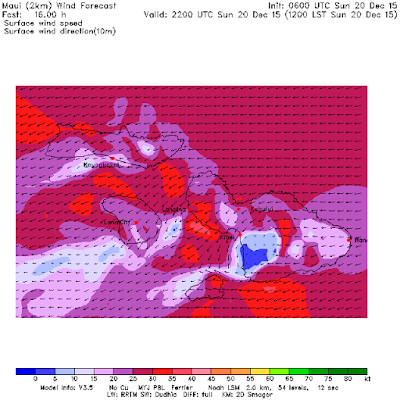