Congrats Carissa!
The conditions at Honolua were flawless and her surfing too. Photo by Jimmie Hepp. 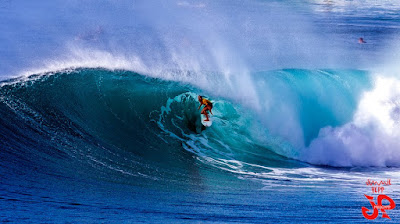 In the morning call, I like to post photos taken the day before to illustrate the conditions. A blog reader took this on the south shore yesterday. Photo by Rise Lively. 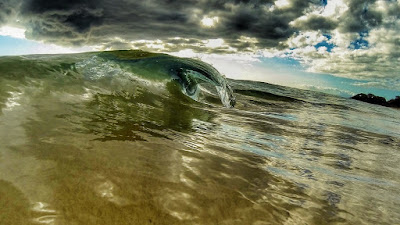 The blog author took this one on the north shore instead. Sailor Russ Faurot enjoys a sunset session with pure slog and surf conditions. 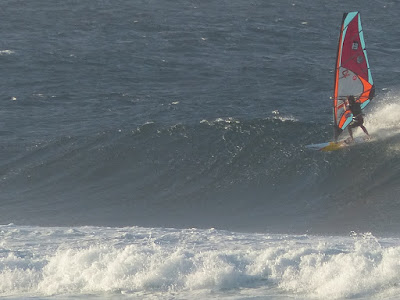 The blog author took this one too. 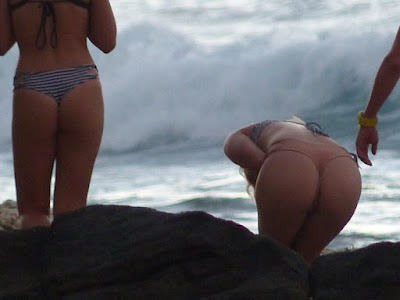 The three buoys show similarity in the shapes of the graphs.
I put an arrow on the direction change on the NW one. It's because the fetch moved east and the related waves are now coming from a slightly more northerly direction (check the previous days wind maps in the posts below if you don't remember).
That will reduce the blockage from Molokai and Honolua and the west side will be hit better during the day. The contest is over, but the free surfing is not.

Wind map shows the big fetch that will send the big swell on Sunday. I divided it in two sections.
In the red one, the wind is shooting straight at us (maximum energy). In the black one, the wind is shooting more east of us, but we'll get the angular spreading of it, coming from a slightly more northerly direction.
This gives me the opportunity to point out that the sets in a swell never come from one direction only.
The direction you see at the buoys is the one associated with the most energy, but it's really more a range of directions. Let's say the reading at the buoy is 320. A typical case of range would be 310-330. But it could also be 300-315, for example. It all depends on the shape and intensity of the fetch (that's why I post the wind map every day). 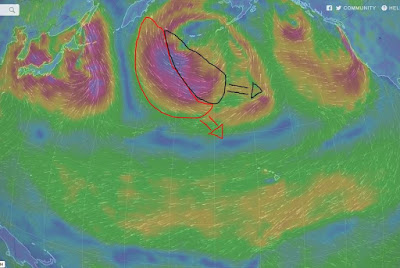 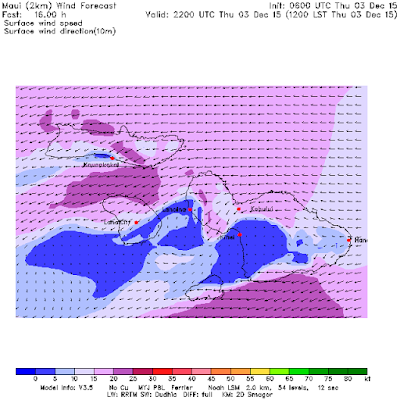