Yesterday I had to get out of the wind/rain again and went Makena side.

The south swell was showing, but the shape was bad because of the chop induced by the wind wrapping the whole kihei coast. Strong trades screw up the surf not only on the north shore. 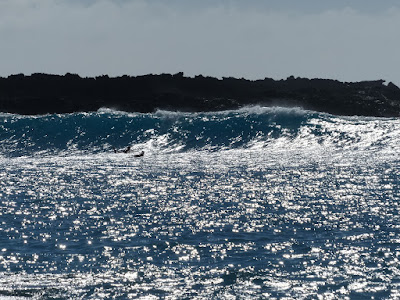 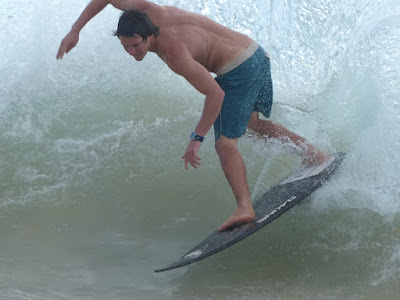 Meanwhile, the windsurfing action at Hookipa was pretty rad. This is Morgan Noireaux in a photo by Jimmie Hepp that shows well the remarkable size of the waves. 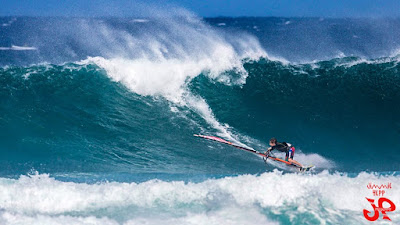 The three buoys graph at 5am is below. Notice the increase of the period that happened during the night at Waimea and Pauwela (bit harder to detect it on the NW graph, but it's there).
Waimea reads 9.7ft @ 17s from 335° (NNW) which is a pretty serious size. I'll be curious to check the Pipeline webcam later.

Pauwela reads 6.1ft @ 16s from 335° (NNW), but also 7.0ft @ 9s from 64° (ENE) of windswell that will heavily affect the ground swell waves. Overall, with these readings, I'm calling for bigger waves than yesterday. At least in the morning. 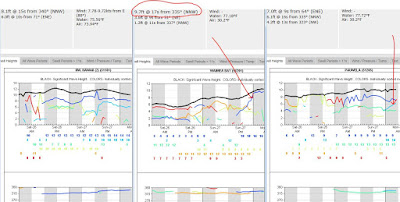 Below is the Barbers graph which is really hard to read. Not a good day for the Surfline buoy graphs, but in this case a reading of 4.8ft @ 14s from 260° (W) can only be justified by the NW energy wrapping around and hitting the buoy together with the south swell.

Definitely hard trying to gauge how big the south swell is. Yesterday mid day the readings were around 4.5f 15s from SSW (see that orange section between 6am and noon?), but the energy in the water in Maui was MUCH less than that, so I think that was influenced by the NW wrap too. 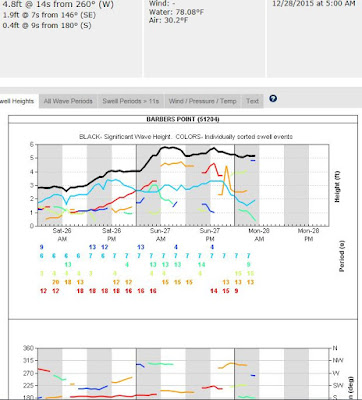 The buoys are confusing? Check the webcams! Here's the Lahaina one at 7am and it shows knee to waist high. But always check it yourself if you're thinking about going. 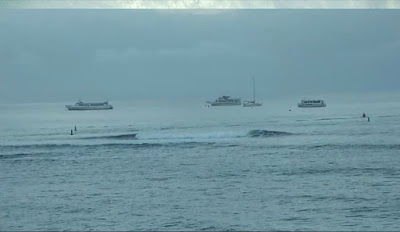 Wind map shows:
- a large NW fetch (no shortage of waves this week)
- a windswell fetch
- a weak south fetch 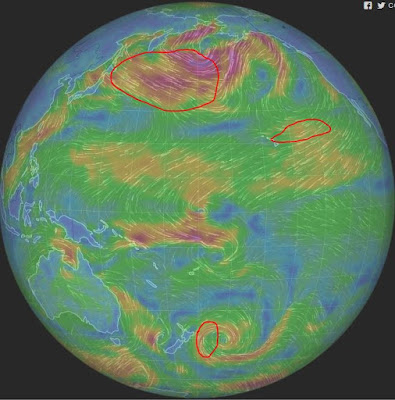 The wind should be less strong today and coming from an easterly direction, and that's also what the MC2km map at noon shows. 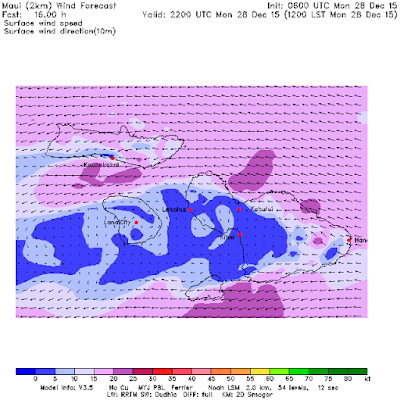 If you're interested in the buoys check out http://swellmatrix.com/hawaii
We try to make the buoys and forecasts easier to read :-D