Yesterday I chose not to surf to rest my shoulders, they better perform today.

Hookipa was windy and the windsurfers were flying. Victor Fernandez in a photo by Jimmie Hepp. 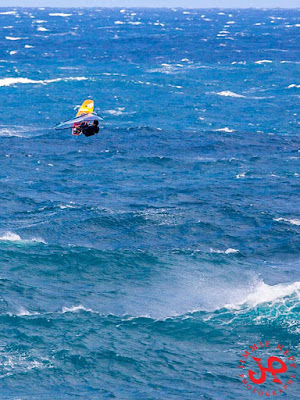 
The buoys's graphs are hard to read because of many similar size swells overlapping with each other, but I do like that little increase in the 11s component from NNW at the NW buoy. Makes me hope that we'll see something similar this morning in Maui and makes me want to plan a trip to the west side to escape this relentless wind. 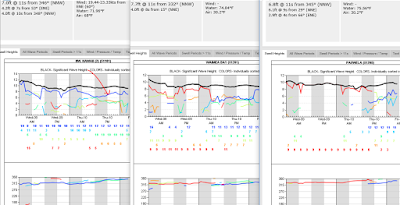 MC2km map at noon shows no escape from the wind, but I don't quite believe it. There will be the usual pockets of light wind on the back of the West Maui Mountains and hopefully also more up north. 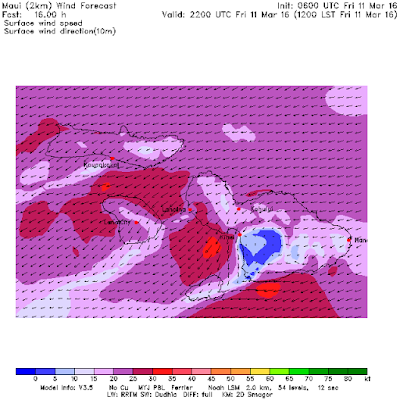 Wind map shows a new small and weak WNW fetch, the "old" NW one that is now shooting well NE uf us, the windswell fetch and one down south. Could be better, but could also be worse. 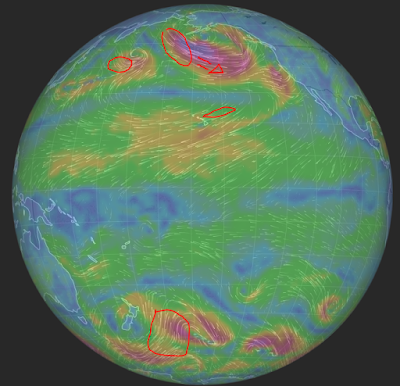