I managed again to find chest high light offshore perfection at times early yesterday morning and I was stoked. Second session was fun, but not as good, too tired to pull off a third session even though I had the time.

Photographer Jimmie Hepp got to Jaws in the afternoon and most surfers left already, but he's got this beautiful shot. 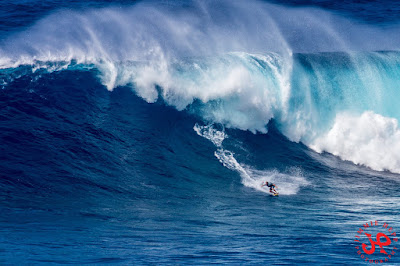 Still yesterday, but somewhere else, photographer John Patao managed to frame a tall building into a barrel. 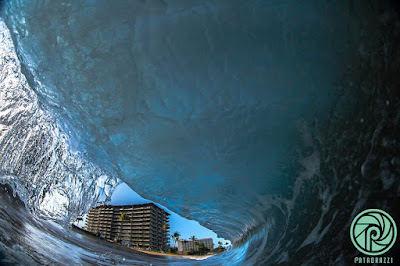 These are a few shots I took. 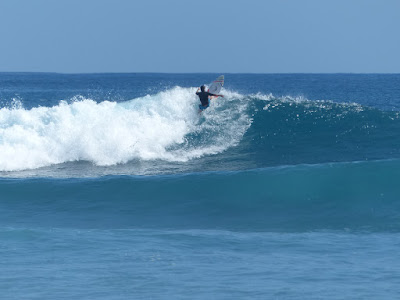 It's kind of hard not to see uncle Mike due to his size and that bright shirt, but the dropper in managed to. No harm and he kicked out right away and left Mike with his beautiful wave. Good etiquette behavior.
This photo could be used as a definition of double over head. 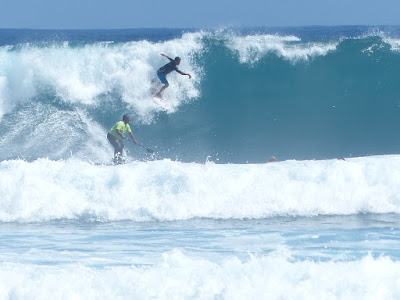 This was taken at 10.30am and you can see a bit of texture on the outside starting to show. Not so much on the face of the wave though. Early morning had light offshore leftover Kona and it was even better. 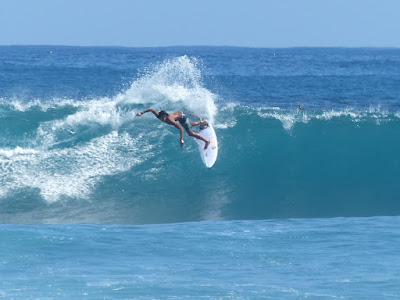 The problem is actually still going to be to find a spot where it's not too big. Hookipa is going to be still DOH (maybe plus) in the morning, don't expect a beach report, 'cause I'll be driving away from it in the dark. 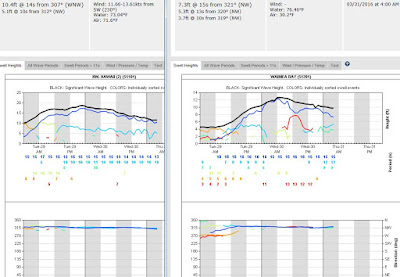 Longer days mean that I wake up earlier to go surf and the MC2km maps are not updated yet. That's a bummer, because they are the most reliable wind forecast source for the day, you guys will have to check them yourselves (link n.17 of the GP's meteo links list) after 6am, when they usually get updated. This is the windity closeup at noon, but it really doesn't match the resolution of the other website which, as a matter of fact, is 2 kilometers. That means that the model creates and puts on the map a point with forecasted wind intensity and direction every 2 km.

Anyway, I know all the windsurfers in town for the brands' photoshoots (a tradition in Maui this time of the year) are eager to get some conditions, but I give them very low chances of sailing at Hookipa in the afternoon due to the combination of the following factors (in order of importance):
- wind direction
- wind intensity
- size of the waves.
Low chances doesn't mean impossible, specially considering the amazing skill level those guys have, so don't plan a hike instead based on what I think! Rather check the MC2km maps.

As far as the surfing goes, good light wind in the early morning, but at one point the light trade flow will start. 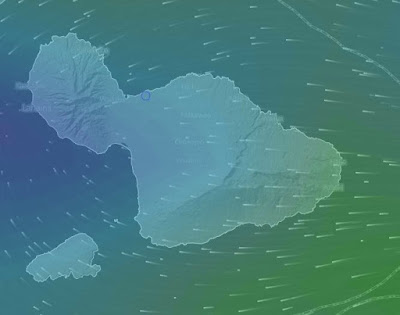 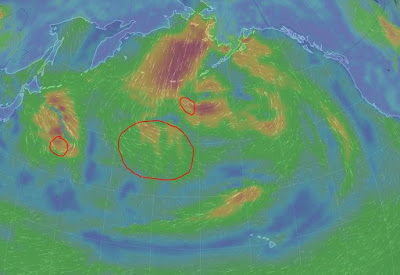 Tiny south fetch and huge (in blue) fetch for Bells to complete the WSL contest in the weekend. 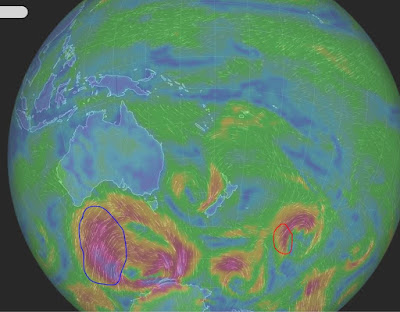 Lastly, this is the 10 days outlook on windguru and it shows "springy" conditions with moderate/strong trades and smaller waves. 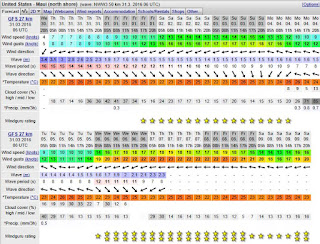