Yesterday provided yet another gorgeous morning of surfing at Hookipa.
This is a shot I took just after my session, but I really wish I had my gopro with me in the water to shoot all the little barrels with the rising sun through it that I saw when paddling out in the channel after a wave. 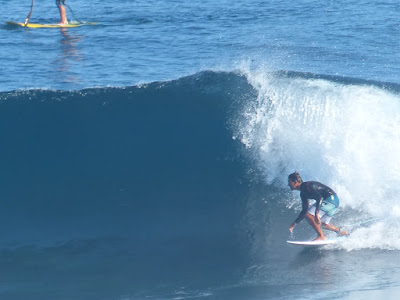 Instead I had to save the gopro's battery for the lesson I had to give later in the morning. More gorgeousness. Thank you Maui. 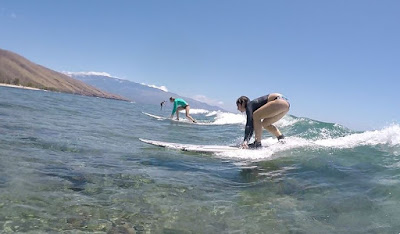 That's how I guess Hookipa looked later in the day. 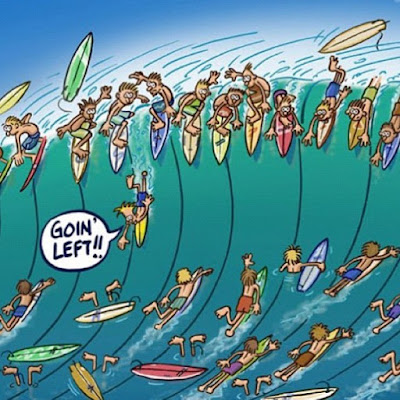 Light offshore in the morning and then konas getting stronger throughout the day. Probably sailable at Lanes but with very small waves.

Lanai reads
2.1ft @ 9s from 194° (SSW)
1.0ft @ 20s from 208° (SSW)
and that 20s reading makes checking the webcam worth it.
Wind map shows the NW fetch approaching. Strongest wind I could find in it shows 40 knots, which is not all that impressive. What is going to make this swell extra large (15f 16s from 317 on Wednesday) is the fact that the fetch is captured and the proximity. 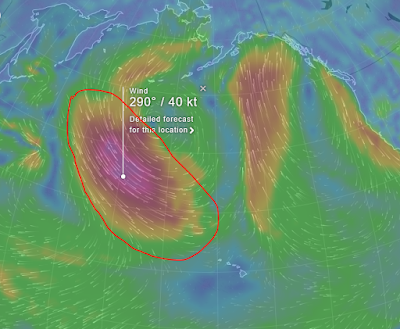