Honolua bay yesterday was not the best shape (the windswell induced a little wonk in the waves), but it was still really fun. I love surfing those mid periods over there, since they are a lot more user friendly.

Below is surfer Jason Hall enjoying his new Timpone fish in a nice bottom/top turn combo. 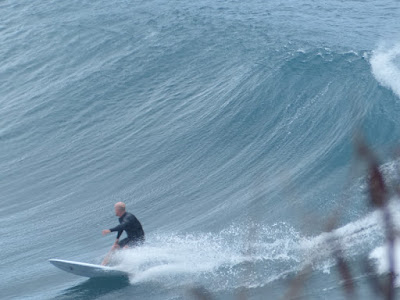 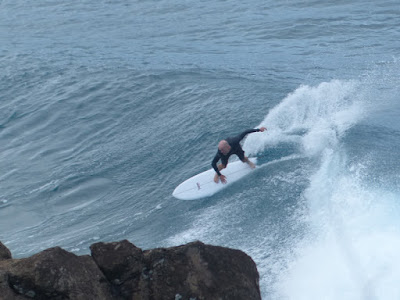 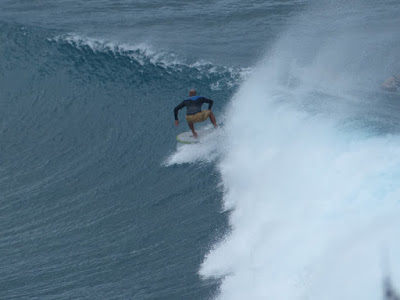 This is the 2016 Hi-Tech event schedule. As you can see, this morning there's the first Interscholastic contest at Fleming Beach. First heat at 7.30am. 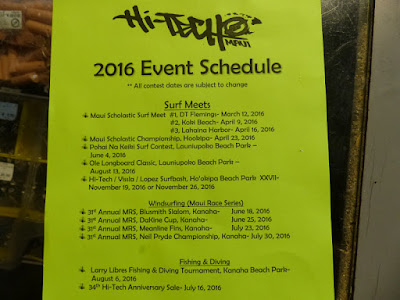 The three buoys all show that yesterday's mid period pulse has peaked and so expect that energy to slow down all day. 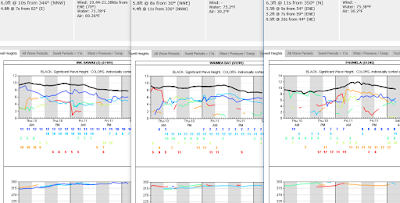 The MC2km map at noon looks like it has looked for the last four days and shows a lot of wind. I hope you guys have figured out by now that that doesn't necessarily mean that there will be a lot of wind, since a strong trade flow builds plenty clouds on the eastern slopes of the Haleakala and the related squalls will make the wind go up and down.
Once again, IMO, specially for wind related sports like windsurfing and kitesurfing, the stronger the forecast, the worse it's gonna be.
There might be one exception to that rule, and that's the SUP downwinders. They probably don't like the lull after the rain, but I'm sure they love the strong push that comes before the rain. 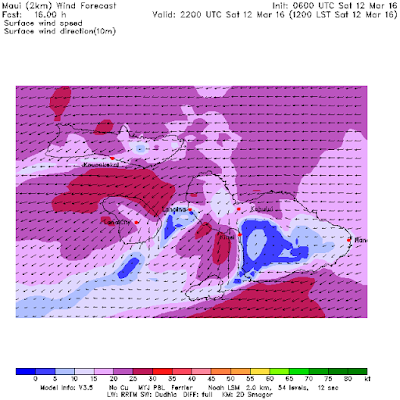 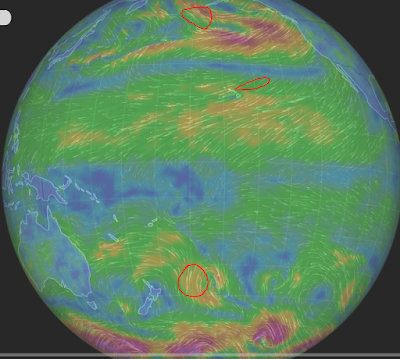