Everything went as predicted yesterday and after a flat morning, in the afternoon the sets of the new swell started to fill in. The capable windsurfers had a blast at Hookipa/Lanes with the Kona wind, this is Rudy Castorina in a photo by Jimmie Hepp. 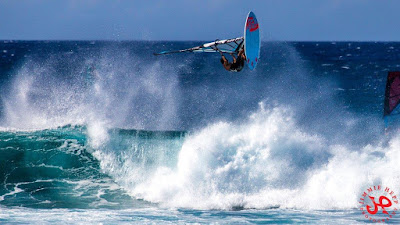 I waited for the surfing instead and ended up taking a day off, since the conditions at sunset were not particularly appealing. While during the afternoon the long period sets were relatively clean, by sunset time the shorter period energy had caught up with the long period one and the waves were far from perfect. They had some size too, the wind was still blowing, all things that I don't like. With the exception of the usual suspects (Albee above everybody), no common mortal was getting good rides.
These two photos below are example of fine looking but closing out waves. 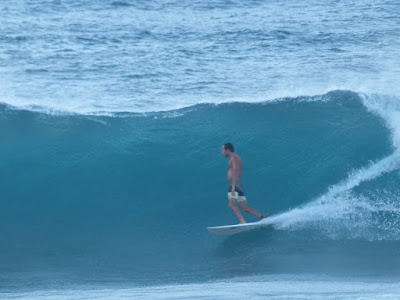 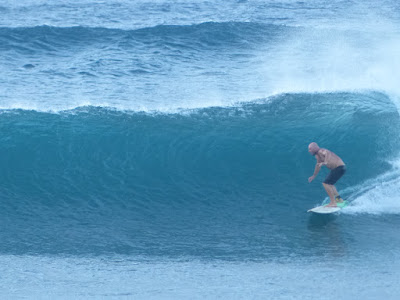 NW buoy (left) shows a double hump (red arrows) in the graph, as foreacasted the swell is going to be pumping all day long. I put blue arrows to indicate the decline of the shorter period component instead. That's a good thing, but don't expect anything particularly clean anyway.
At 5am Waimea reads
10.5ft @ 15s from 325° (NW)

Jaws should be breaking, but it should be a relatively small day over there.
With this much energy in the water, west side is usually the call or other spots that have the characteristic of reducing the amount of energy that hits the reef. Happy hunting! 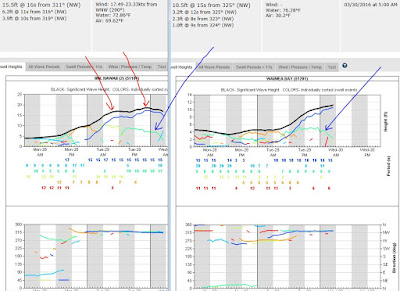 Wind map shows two fetches associated with two lows that should hang in their respective position pretty much all week. And after that, the one on the left should take over. It's still looking wintery out there. 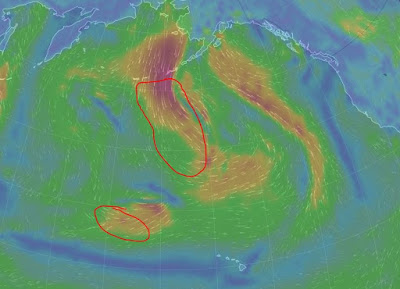 MC2km maps not updated yet when I post, here's the windity closeup for noon. 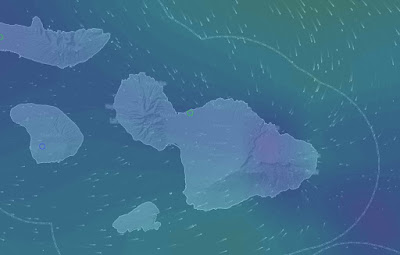 Nice fetch east of New Zealand, mark your calendar for a small south pulse a week from now. Not sure why the red circle ended up there, I can't be bothered to draw it again. You guys should be able to identify a fetch oriented towards us by now. 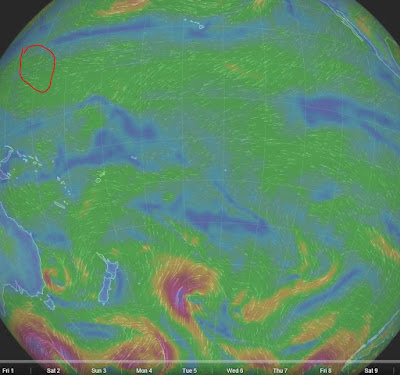 Not sure what happened, but the number of readers went down last month, so I never raised the price of the advertisement banners. Here's a stat that shows that on the 28th the page views were back to 1000, so things are looking good again. 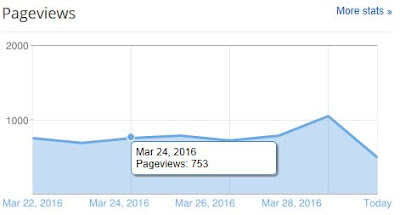