Yesterday was yet another fantastic day of surfing (sorry, how should I call it when I gave my session a 9?).

Early morning Middles had moments/sections that looked like my favorite wave in Indo. Special mention to Matt Brown for the style, while the award for the biggest smile while on a wave goes to Kawika, as usual.
The photo by Jimmie Hepp below was taken later in the day and shows some wind. Some windsurfing happened too. 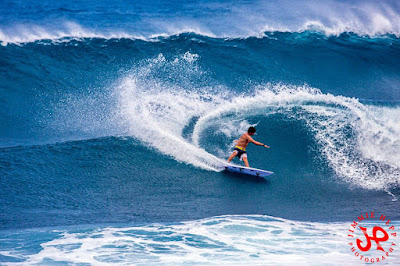 The three buoys' graphs all show a decreasing trend in the current NW swell. The NW one shows an increase in the black line due to the 10s component of the approaching front. That black line is the sum of the energies of all the swells hitting a buoy and it's the (highly misleading) information that you get if you check the buoys on the NOAA site.

The south swell was already hitting yesterday (saw some shoulder to head high sets on the cam). Remember, it's a south swell, it's way more inconsistent than a NW swell since it had to travel 3 to 4 more days.

The choice between surfing the leftovers 3.3f 13s NW swell and the uprising 2f 18s of the south swell should be made by analyzing the wind, and for a change the MC2km are already updated at 5.30am. I'm gonna celebrate by posting three of them.
First one is 8am to show that the morning surf on the north shore should be particularly clean thanks to the light Kona wind. No to light wind but sketchy on the south shore because that southerly flow will probably mess things up a bit. Check the webcam before going is my strong recommendation. 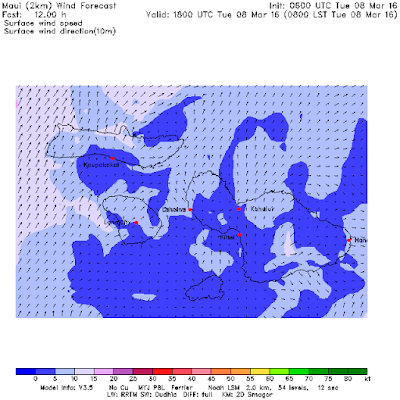 Second one is 3pm to show the moment of maximum intensity of the Kona that precedes the arrival of the front. It will be probably sailable, but without the big waves that usually accompany the Kona's. 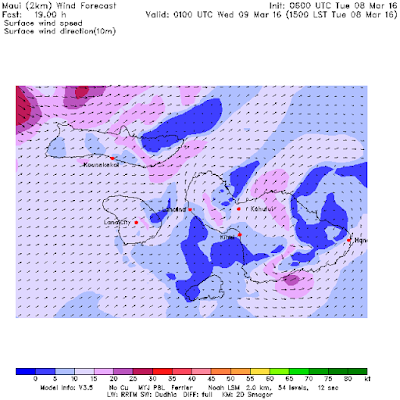 Careful if you do choose to sail, because as the 5pm map shows, it will shut down at one point because of the arrival of the front. 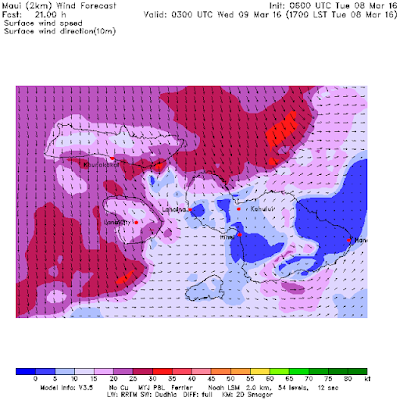 Here's the front just approaching Kauai at 3am. 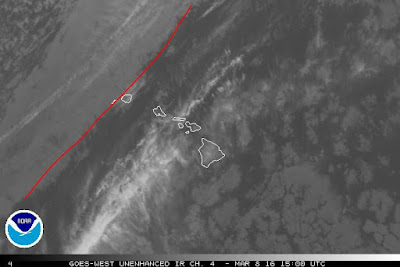 Wind maps shows few very small fetches since the whole north Pacific is taken by that massive high pressure that instantaneously killed the wave generation that had been going on non stop for this whole fantastic winter. This is the first sign of a change in the season. It DOES NOT mean that it's over just yet. There will be more swells, but, as my favorite Italian band sings in one of their best songs... "spring is inexorable". 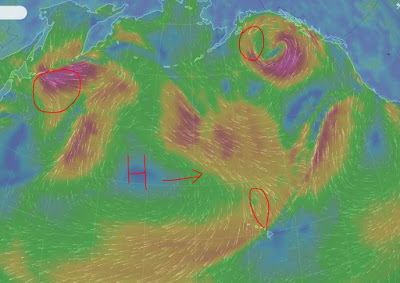 This map is today at 6pm and it shows the front of the northerly winds marching like an army over the islands. An army that brings destruction to the helpless wave faces. 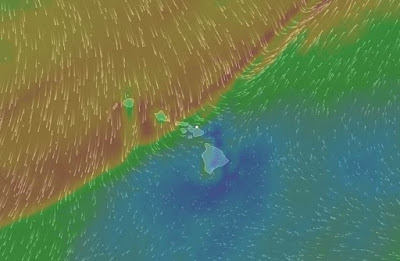 A couple of small fetches down south will hopefully keep some waves rolling on the south shore in a week. 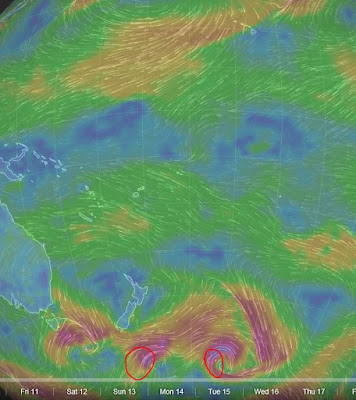 Last 30 days number of readers is 30,401, we are back to the good old days of the pre-facebook era.
Thanks a lot for reading, prices for banners are now $60/month and $150/ months. Congratulations to a couple of smart customers that purchased their space yesterday (you'll see the banners soon).
Posted by cammar at Tuesday, March 08, 2016