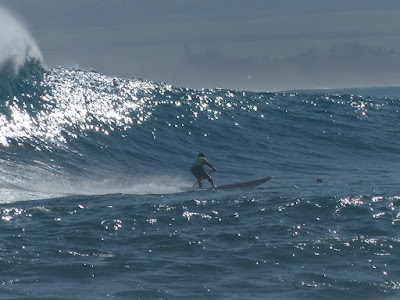 That right offered an open barrel. 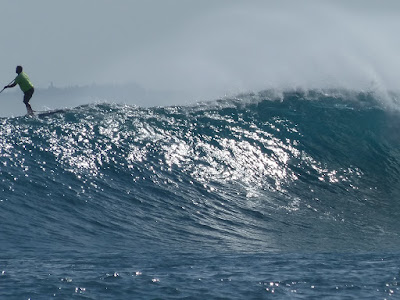 Fun uncrowded clean walls were on offer until around 9ish when a light onshore wind and 30 guys showed up. The wind got stronger later in the day and it went from heaven to hell. Windsurfing and kiting did happen somewhere. 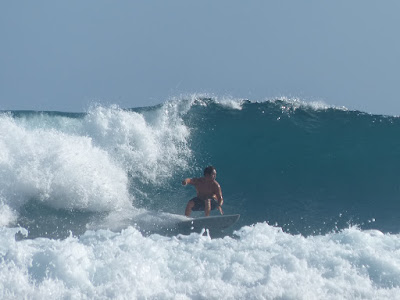 This guy (I think his name was Jeremy) showed me against the light what shaper Brian Cartwright did to lighten up the foam: drill a bunch of holes in it (like the honeycomb fins).
The board is super light and judging from the lack of dents on the deck, pretty damn strong too. 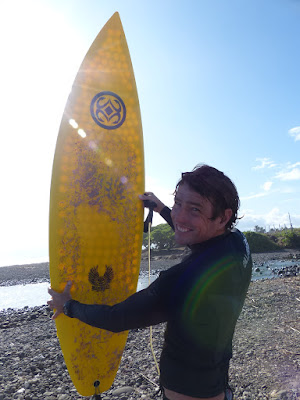 The buoys are up with big numbers again. Funny how the double peak that is pretty clear at the NW buoy is barely visible at Waimea and not at all at Pauwela.
Anyway, the swell is peaking in Maui as I type, so expect a slight decrease all day.
At 6am Pauwela reads:
12.7ft @ 17s from 320° (NW)

Bit of a late call this morning, since I had some connectivity problems. At least, I can comment on the updated MC2km maps. BTW, yesterday confirmed the validity of those maps versus the windguru ones that were completely wrong.
Let's see how they do today. This is the 9am map and it shows a nice lack of wind on the north shore. 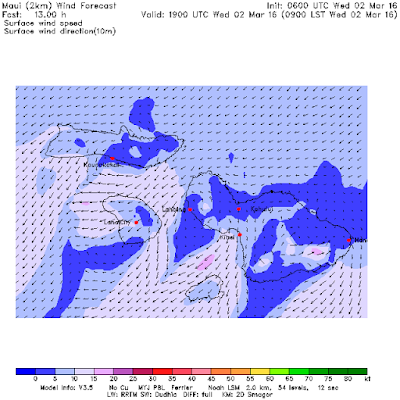 This is the 1pm one and it shows instead light onshores on the north shore and wind in Kihei and the west side. 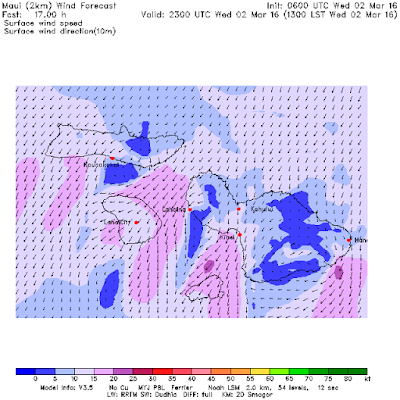 Should you throw Windguru away? Not at all, I love its 10 days wind forecast, specially on my IE where it doesn't show the useless wave forecast. The wind instead is easy to read, the direction too (hover with the mouse on the arrows) and it also gives you a prediction for cloud cover and rain.
My favorite part is the stars, but in Maui you have to read them the other way around. See how many 3 stars days are coming up? Those days the conditions are going to be horrible no matter what sport you like. Too much chop, too much rain, wind that goes up and down with the squalls.
If you were planning a windsurfing trip to Maui in those days, I would seriously consider moving it to a period in which you see the green instead of the red. 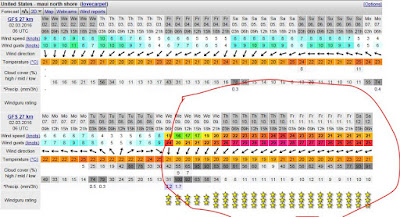 Wind map shows a WNW fetch. 14f 16s on Sunday might be the last solid ground swell before we get annihilated by the wind and the windswell. 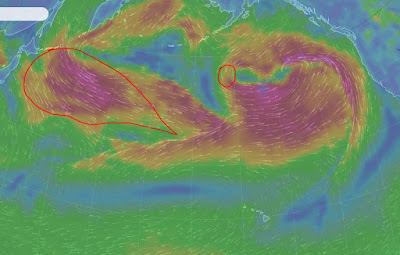 Last day of wave generation in the south pacific. South swell should start Monday and last a few days. We'll get back to it. 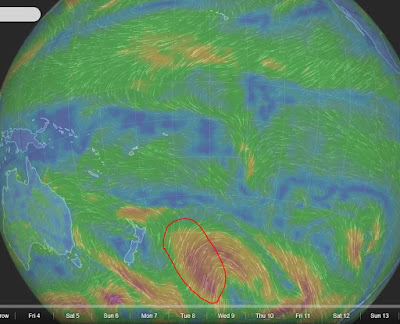 I'm way later than usual, but you don't need a photo report from Hookipa today: it's big and messy and not surfable.