I had a fun surf session in the morning, but I missed out (due to work) on an epic windsurfing session at Hookipa.

Here are the photos of Jimmie Hepp that show the pristine conditions due to the light sideoff wind. MC2km maps were spot on that, sorry if I couldn't post the noon map, but it's not my fault if they don't get updated early enough. 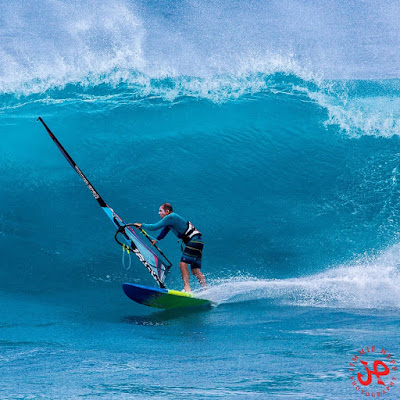 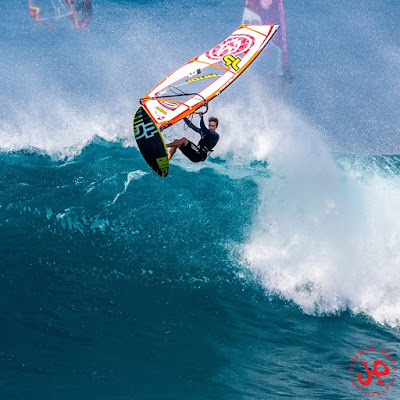 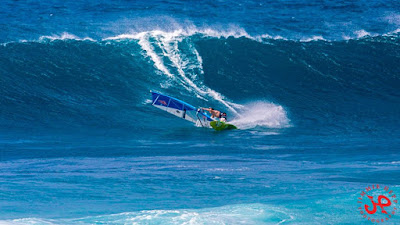 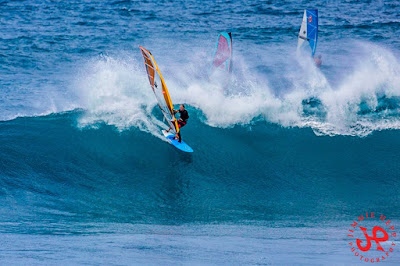 The Pauwela buoy will not be back up for a while, so we better get used to that. Below are the graphs of the N and Waimea buoys. All trending down, but still reading respectively at 4am: 4.9ft @ 12s from 335° (NNW)  and  3.3ft @ 13s from 349° (NNW). That means that this morning the waves are still going to be a fun head high + size (wait for the report from Hookipa for a confirmation of that).
The very clean conditions due to the lack of wind, the friendly size and the fact that most Hookipa regular surfers have not been able to surf their home spot for at least a week, will make for a high crowd advisory.

I haven't surfed Hookipa in a while, but I did not miss it at all. I surfed one of my favorite waves instead and a bunch of other ones which added to the variety.

I also feel like mentioning this reading at the Lanai buoy 0.9ft @ 16s from 209° (SSW) which indicates the presence of a small south swell in the water. Barbers reads 2f from the same direction. 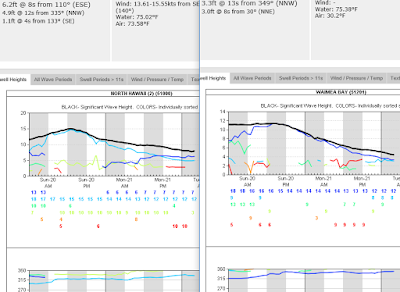 No MC2km maps updated yet at the time of this post, here's the noon Windity pic that shows the SE flow leaving us to the east and the nothingness replacing it.
No wind forecasts in Maui can be trusted in the early mornings. Of course, specially if it's a sunny day, a sea breeze will pick up in the afternoon most of the times. 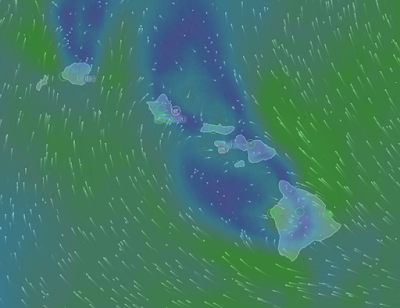 Wind map shows two halfway decent fetches that could bring the surf back up a bit around Friday, maybe even Thursday evening. After today in fact, tomorrow will be the smallest day we've seen in a while. We'll keep an eye out to the waves that that little WNW fetch I pointed out on March 19 generated, but I wouldn't take a day off for it. Here's what Pat Caldwell has to say about it for Oahu:"Shadowing by Kauai on Oahu reduces surf potential locally, and for a source that was weak to begin with, which means low odds for surf beyond tiny to small locally. It should fill in late 3/22 and hold 3/23" 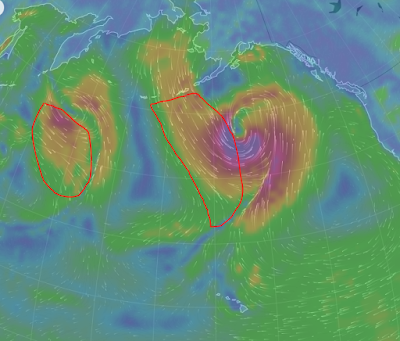