I decided to go for the risky call yesterday morning and got rewarded. 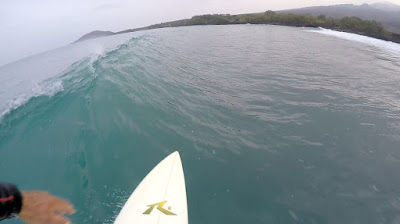 Soon there were too many people for the not so many waves, but the first hour was good. I heard Hookipa was really clean but very crowded (at least Middles). 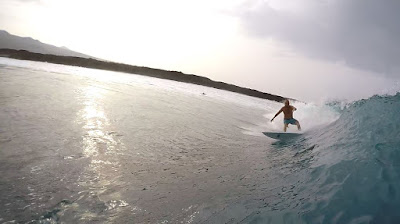 A couple of survival words before we get into the buoys' chat.
I figured that "sorry, you just missed the cheaper price for the ads" wasn't exactly the smartest sale strategy, so I'm going to extend the old prices till March 15. Shoot me an email (link on the right) if interested. I hope you guys noticed that I'm putting a lot more time into this blog, and even though it comes from a big passion for the waves, I sometimes miss out on the crack of dawn in the water for it. I'm happy to share, but it's got to be worth it.

Plus the screen of my computer broke and I had to buy a new one, so any help through the donate button is appreciated.
Sorry about the help cry, I remember a similar one made many years ago by Glenn James on his page. It was effective.

This said, I'd like to welcome and thank a new blog sponsor: By Olia. You guys will like the banner.

The wind arrived on time like a Swiss watch at 5pm and I managed to be in the water those 30 minutes transition between strong Kona and strong NW that were actually surfable. Very interesting to experience the devastating effects of a switch 90 degrees switch of the wind from sideoff to sideon on the waves. By the time I got out, it was totally unsurfable.

2.2ft @ 9s from 279° (W)
2.0ft @ 13s from 218° (SW)
1.8ft @ 5s from 294° (WNW)
The reason I put the graphs next to each other is to compare the different characteristics of two extremely different swells.
The 9s period one at Pauwela is the one associated with the windswell fetch on the right flank of the high pressure that just took over the north Pacific. We are immersed in the head of the fetch, the travel time is as little as it gets and the swell went from 2 feet to 10 in something like 8 hours. The swell is also extremely rough because it still has active wind on it and it didn't travel enough to clean up the chop and extend its period.

The long period SSW one instead took 7 days to get here from the place of origin (the usual corner SE of New Zealand... scroll down the blog to a week ago if you want to check out the fetch). During this time, the period of the waves increased (and the size decreased) and the distance between sets of different periods got bigger. That resulted in a very long and slopy rise. It took it 32 hours to go from 1f 20s to 3f 18s. It also resulted in a much less consistent arrival of the sets. The swell got diluted in space during this 7 days, but we see it diluted in time because we observe the arrival of the sets from a fixed place (our beautiful rock) in the middle of the ocean.

This said, you guys have two options for waves to surf today. Forget about Hookipa that will be UGLY, but places like Paia Bay can be fun with a messy swell. I might go there in the afternoon, but I'll invest my morning on the Lahaina side instead. I will try to post one or more reports from there.
Didn't I say I was going to rest these days? 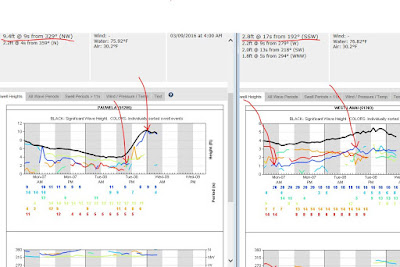 The MC2km map at noon (they all look the same today) shows not much of hope for wind shelter on the other side, but in the West Maui Mountains I trust and I believe that there will be shifty pockets of acceptable wind, so I'll take the ride in the dark because I'm obsessed. You guys better check the lahaina webcam (and my updates) later in the day. 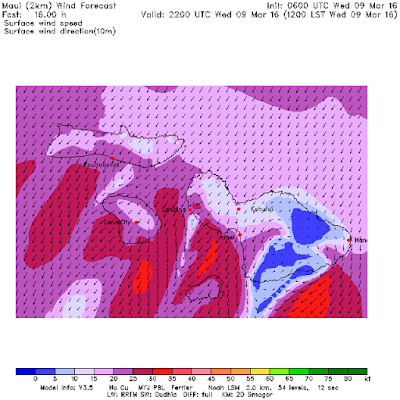 Wind map shows the dominance of the high pressure, a small NW fetch a tiny, almost insignificant N one and a wide windswell one. 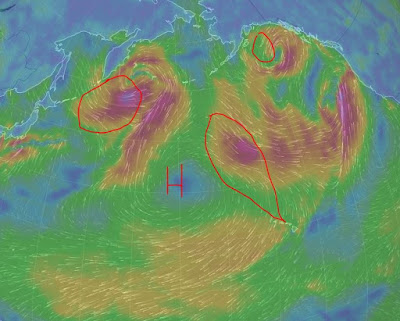 I did a whole 2 weeks Windity run and boy, what a difference with what it used to be in January and February! No more massive lows that will ignite Jaws every other day, only that NW fetch will manage to do a pass well north of us and have winds strong enough (50 knots) to send us on more big winter caliber swell (11f 18s 343 forecasted by Surfline at 8am on Sunday). Below is the map forecasted for 3am Friday. Not much more after that, but let's not worry about it just yet. 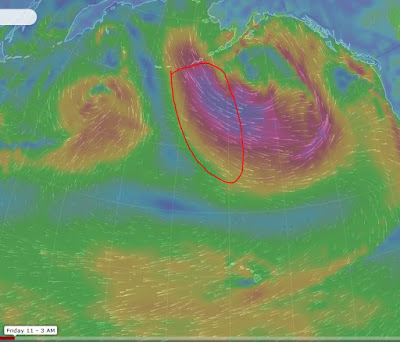 This is this morning's south Pacific map instead and there's a few scattered little fetches which is a lot better than nothing. Nice Tasman fetch for Fiji, I got a friend going, hopefully he'll send some shots. 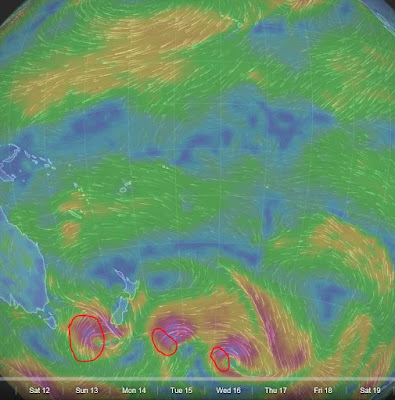 One more "ad": as much as I like to support the Maui local shapers, I regularly go through intense Craigslist surfboards buying phases. Fortunately, right now I'm selling mood instead (got no money and too many boards). The Mayhem went pretty quickly, the 6.8 K-Step Merrick is still there, now in company of this 6.10 Pyzel Next Step.
Posted by cammar at Wednesday, March 09, 2016