I might be accused of reporting "another great day of surfing" too often, but I can't help being enthusiast about the great conditions we're having this epic winter.

My best hours were the first and last of the day, that's often the case in Maui.
But, as these photos by Jimmie Hepp clearly show, it wasn't too bad during the day either, just a little chop induced by the wind. Jimmie has subscribers that are mostly windsurfers, but as you can see, he's there also without the wind, so if you surf in the middle of the day and would like to get some shots, go seek him on the rocks.

Overall it was one of those days in which I had the deep satisfaction of knowing to have picked the two spots that were the most appropriate for my ability, mood and physical condition for both of my sessions. That isn't always the case, and that's why I put so much analysis into it.
The whole purpose of this blog is to analyze the data provided by the meteo websites I check every morning (all linked in the list on the right) and multiple times during the day, so that you can do that too.
"Can you just tell us where to go with that swell direction?", I've been asked many times.
Of course not. It is a personal choice. I don't even go surfing with friends, because of that!
Plus, this society is so homogenizing already, you guys don't need another someone to tell you what to do.

This shot looks like it was taken from a drone above the surfer (Kane Daly), but that's only because of how vertical he went. 90 degrees between board (hence feet) and shoulders. You can expect an explosive turn on that lip. I don't care about big waves or barrels, if one day I get to do a turn like that, I'd be stoked. 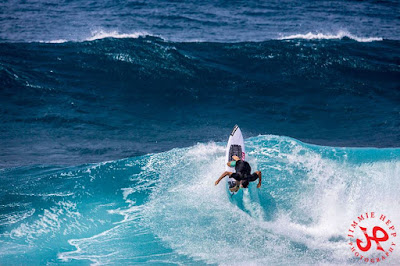 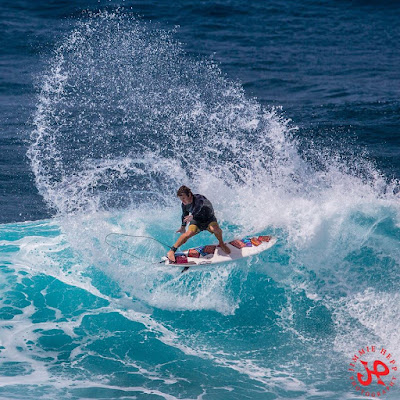 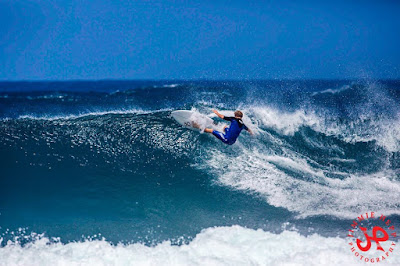 This is one of my morning's waves. It's a solid head and a half, but the wide angle makes it look smaller. I'm also standing mid face, it would look a lot bigger if the camera was at the bottom of the wave. Can't blame the GoPro to make the waves look small, all wide angle cameras do that. But look how much stuff is in the shot! Do you see the guy diving at the top left? I've tried POV shots with narrow angles, they suck. 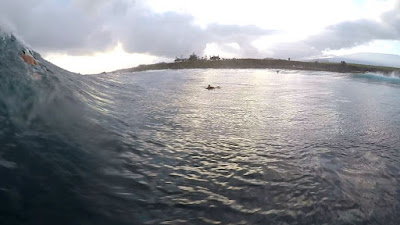 The three buoys' graphs show that the swell peaked yesterday. The Pauwela graph looks very much like the Surfline forecast I posted yesterday and that is a confirmation of how reliable their forecast is. I believe it's mostly based on the WW3 model (but I'm not 100% sure), just like all the other wave forecasting websites, I just prefer the way they represent it graphically for the reasons I explained yesterday.

Happy spot selection, the wind should be good all morning.
I'll post a photo report from Hookipa. I'll actually post multiple photo reports throughout the morning like I did in the past few days, in case you guys didn't notice, so come back and check the blog often. 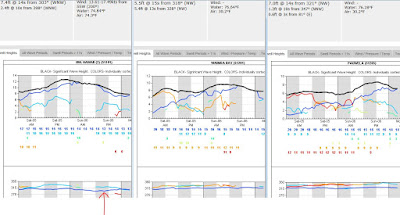 If you look at the Windity closeup for this morning, you would think it's going to be great conditions on the north shore. And it is. 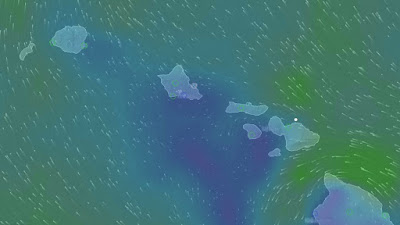 But the great picture reveals the monster. That high pressure is going to move east and that wide fetch of moderate northerly wind will be pushed right on top of us. Windguru says Wednesday, Windity seems to anticipate that to tomorrow afternoon. Whatever it will be, my strong suggestion is to get as much surfing down as you can, because when that happens the north shore is going to suck. 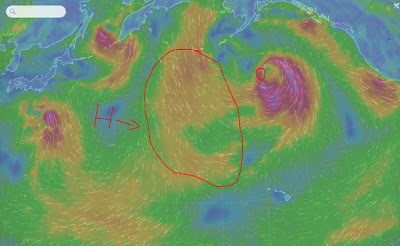 Fortunately we've been seeing small fetches down south too and actually this afternoon there might see the forerunners of the first decent south swell of 2016. Discussion below. 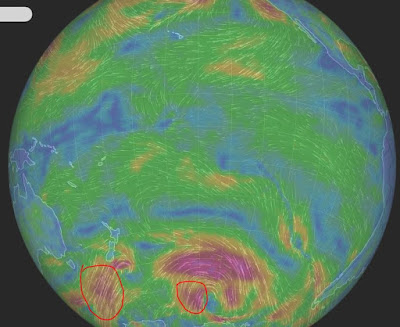 This is how the south shore Surfline forecast looks like for the next three days. The south swell is the yellow one and 3.4f 18s from 194 at 8am on Tuesday seems to be the peak. 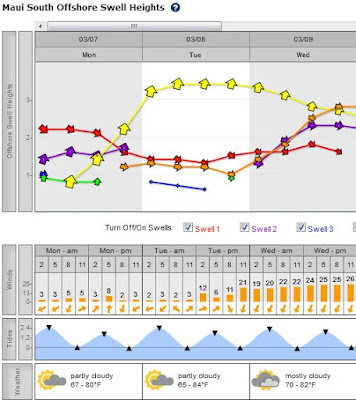 The Samoa buoy showed good readings on Saturday (6-7f 16s), so it looks like some energy is on the way. 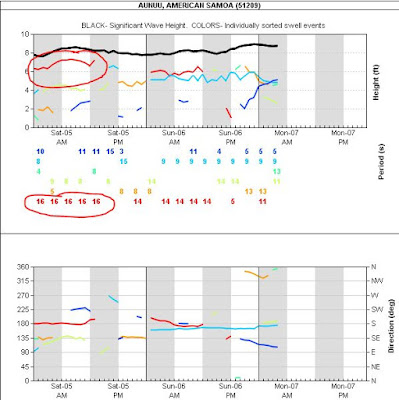 Last but not least, I saw this on facebook, I had to share over here. Worth a watch.