Instead of claiming another day of amazing waves, I'll let the photo of Honolua speak. 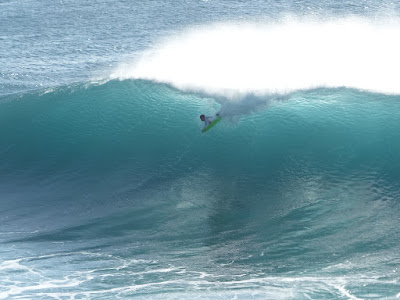 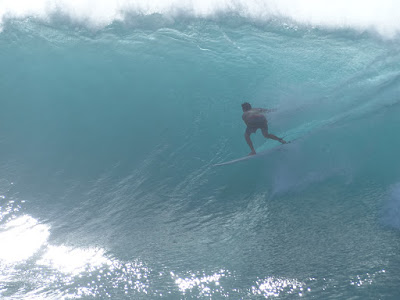 Conditions were challenging because two big swells were hitting at the same time. I counted three broken boards in the two hours that I was there. That one is still one piece but it looks at serious risk. 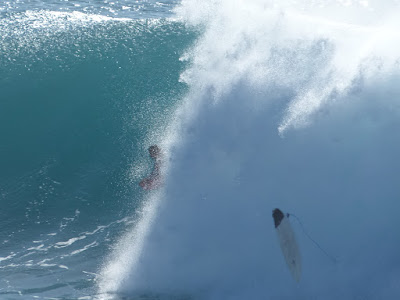 I just wanted to take a photo of this guy taking photos. He's shooting a guy that is in the picture and is already up and riding a wave at the point. You don't see much of a wave down his line and I guess that's what you want your wave to look if you want to go all the way across... 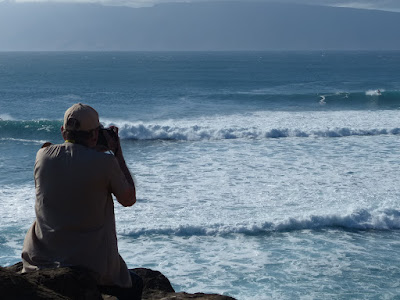 That's the barrel he got when he got to the Cave. He got barreled again at the very end of Keiki Bowls. He can claim an epic ride. And an epic against the current 20 minutes paddle back. 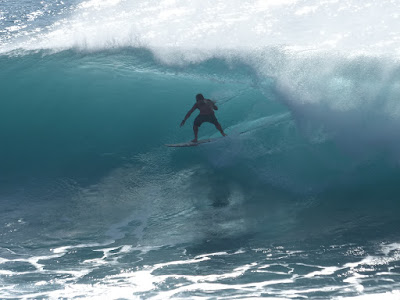 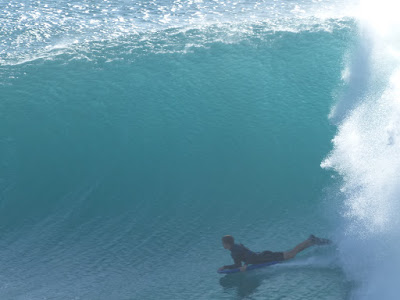 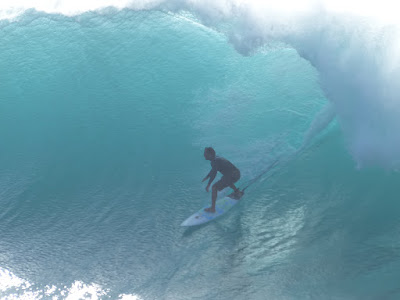 Good luck with that duck dive. 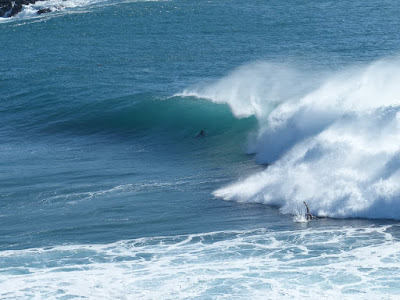 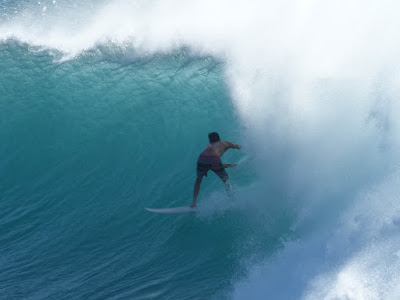 The sun was ferocious. Not for this guy. 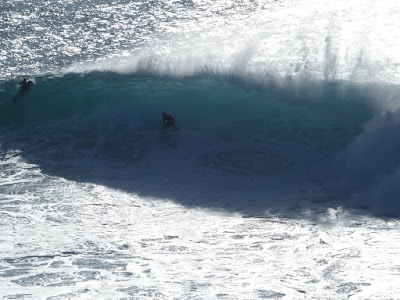 That wonderful feeling of not having badly gone over the falls for a hair. 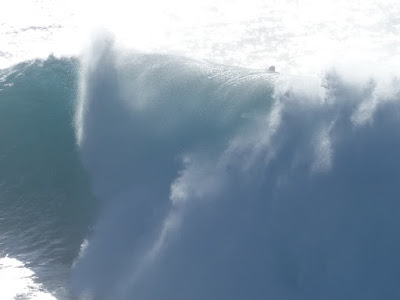 Two big swells in the water one from WNW one from N. The west side of Maui was an easy example of how to get rid of one of them. Although Honolua had sets from both swells, the more you moved away from it, the more the energy was only from the N one.
Clean lines somewhere down the coast. photo by Jason Hall. 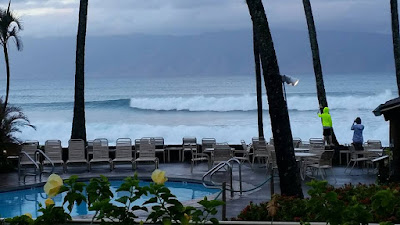 Completely different strategy from sailor Ricardo Campello. He went to Jaws and he couldn't care less about two swells in the water. The more sets, the better, also because he was by himself.
photo by Jimmie Hepp. 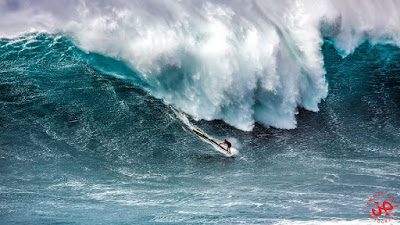 Today I chose the Waimea and Mokapu buoys. They're both off Oahu, but the first one is more open to NW swells, the second one more to N to E swells. No need to check the more offshore ones to know that both NW and N swells are declining, all we need to know is the early morning readings. Here you have it:
7.4ft @ 14s from 340° (NNW) at Waimea and
6.4ft @ 14s from 8° (N) at Mokapu at 5am.
Very similar sizes and periods that might actually be the same swell refracted. Well, then we do need to check the other buoys... 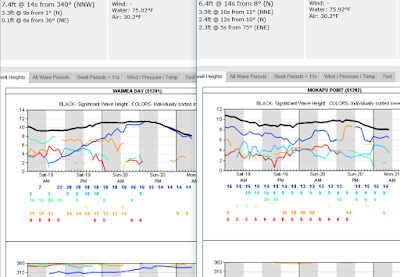 ...but things get very confusing if you check the readings of NW and N buoys instead, which are respectively :
5.1ft @ 14s from 354° (N)
9.1ft @ 15s from 319° (NW)
It's almost like they swapped positions, since yesterday it was pretty much the other way around.
Anyway, since you guys follow this blog and take very good mental note of the fetches that I circle daily on the wind map, you guys should remember that the NW swell will last very little (only today, pretty much), while the N swell has been lasting already 4 days (5 with today).
For your convenience, this is the map of March 18th that still shows a strong N fetch (that's probably the strong energy we received yesterday). Scroll down to March 15th and the up all the way to March 20th to see the evolutions of the fetches generating the swells, if you really want to understand where those waves come from.
Surfers crack me up when they say "it came out of nowhere"... 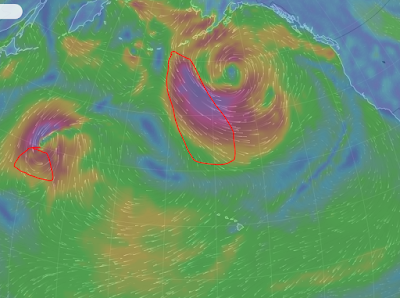 Overall, today both swells should be around 4 to 6 feet and 14ish seconds, according to the Surfline's forecast. No MC2km maps yet, the wind should be ESE and turn more and more offshore as the day goes.

Today's wind map instead shows minimal wave generation for the second day in a row, mid week is going to be small (but clean). 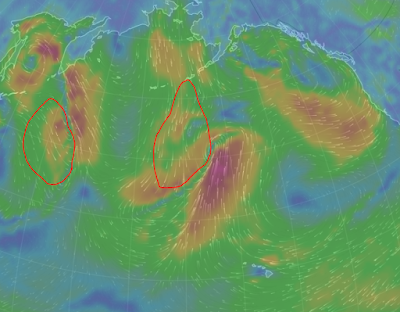